Spoon for original Denver & Rio Grande Rail Road (must pre-date 1920). "Pat. Appl. For" on left should go with the Belmont Pattern as after 1906. However, mark on right for Silver Applied Patent is June 28...must be 1898 to be a Tuesday?? Is this a patent for a process rather than the pattern? TIA 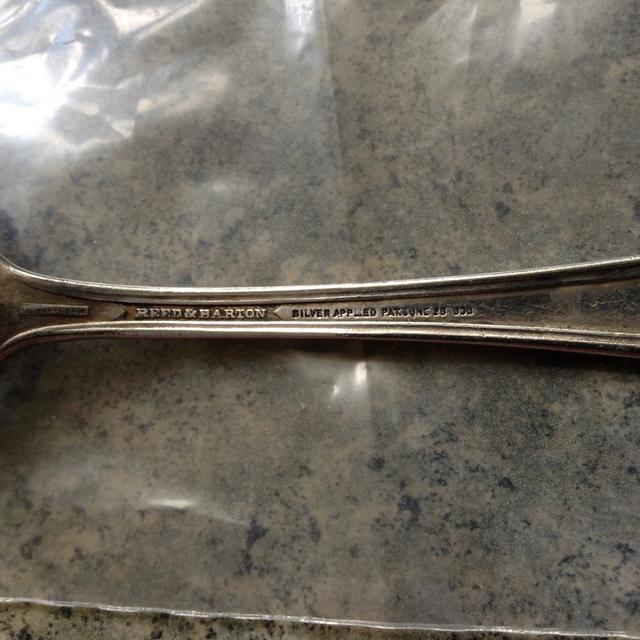 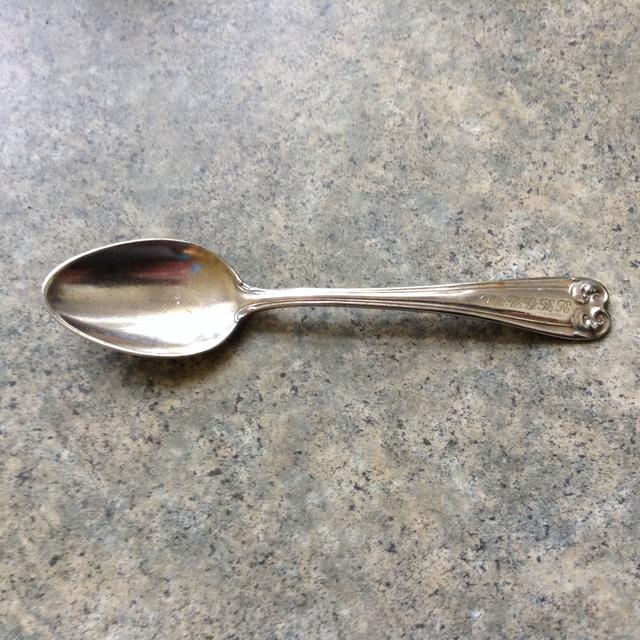 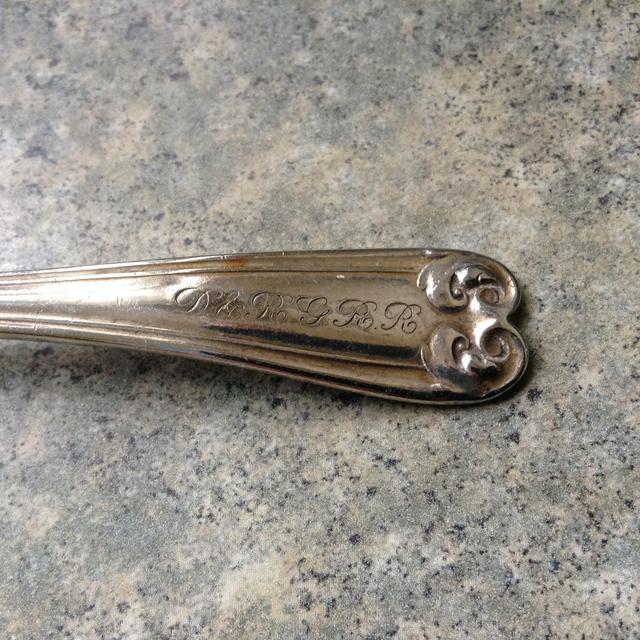 I think this is the patent it is referring to

Be it known that I, GEORGE HALE BRA- BROOK, a citizen of the United States, residing at Taunton, in the county of Bristol and Oomj wearing off of the film of silver-plating from those portions of such articles subject to the greatest wear. This I accomplish by taking the fork or other article, after it is struck up and formed on a single die curved to produce a spoon in'its final or finished shape, and removing a portion of the base metal by grinding or filing and replacing the base metal thus removed by silver or other metal and then subjecting the article to the final striking.
Top