dont know who made this and where

dont know who made this and where

Hi i have this wonderful large silver bird, i dont know the hallmarks, can anyone help me with where and who made it, also is it a punce pot it is large in size, any info would help
thanks Amanda
[img][IMG]http://i1173.photobucket.com/albums/r596/silver_antiques_UK/th_bird001-3.jpg[/img]

Re: dont know who made this and where

The silver ‘shaker’sparrow is made in the Netherlands. We see the Dutch dolphin mark; the 1859 duty mark for new unguaranteed objects of national origin. This mark was used on all new silver objects below legal standard of fineness, those with non-precious metal additions, and on new heavily gold or silver plated objects, as long as the average precious metal content after melting with the base metal was at least 250/1000. It was also struck on rejected objects which had been submitted at lowest standard of fineness. In that case the maker had to choose between destruction or ‘unguaranteed’ marking. This mark was sometimes also mistakenly used on old and foreign objects. used 1859-1893 and valid from 1859 till 1953.

The maker’s mark RS above 2 for; Jans Rinze Spaanstra with outlets in the cities of; Drachten, Wommels, Berlicum and Nijehaske in the province of Friesland registered during 1864/1896 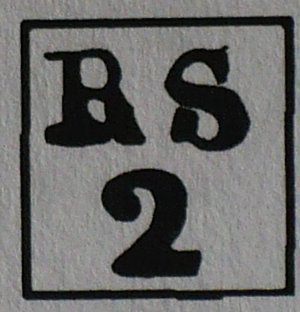 The Crowned frog is a pseudo mark or perhaps retailers mark and the last mark has been erased most probably done by the assay office after it failed the lowest standard of fineness test (minimum 833/1000 or 83.3% pure silver).