Got double vaccines and can barely focus now. The "Y" is odd and reversed, and hooks backwards, so maybe a faulty "P", if even a letter at all. Tray/bowl/dish is tri-footed. No other marks could be located. 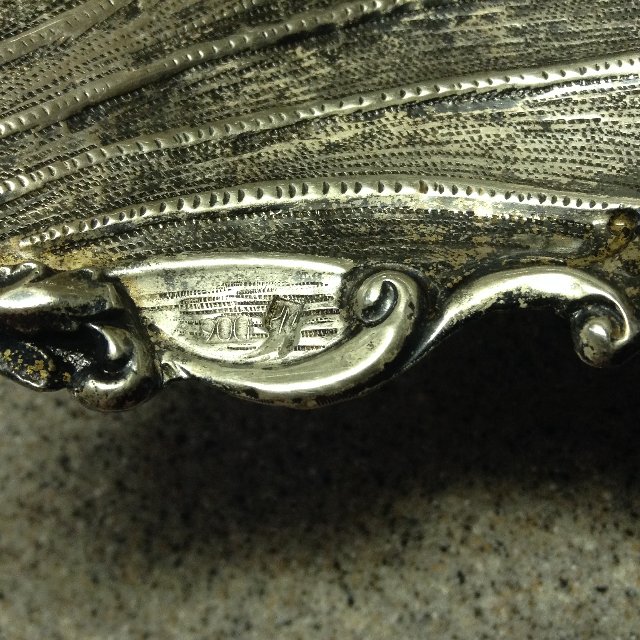 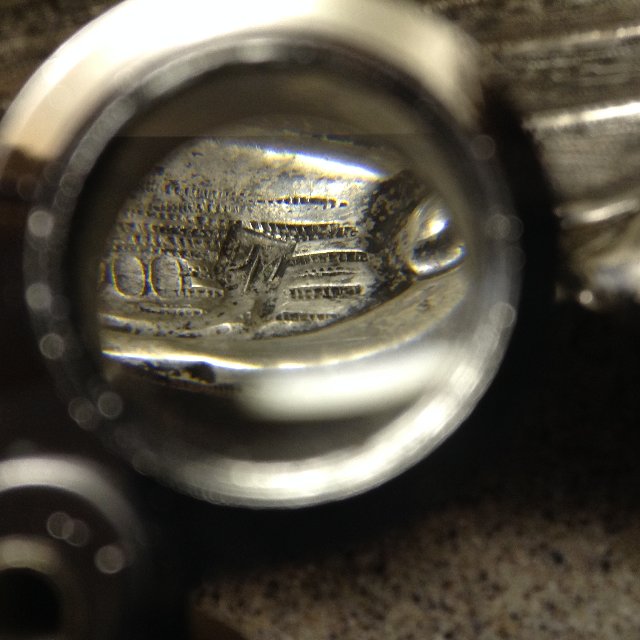 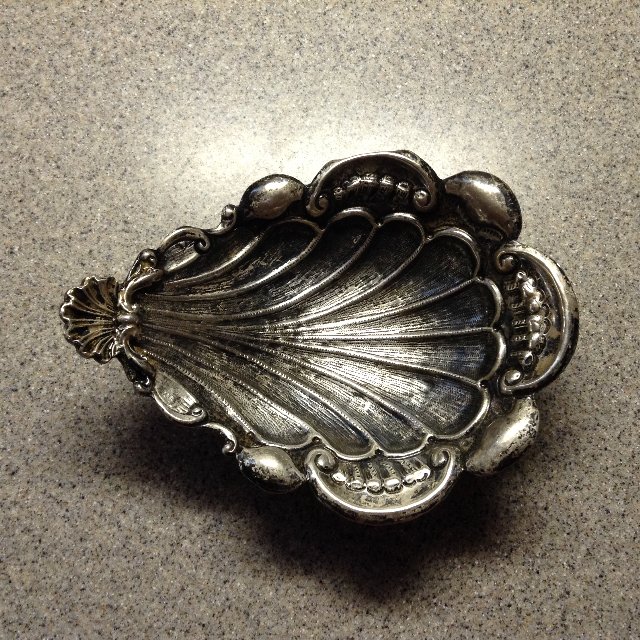 Another view of the marks. On the opposite side appear two crescent shape impressions that appear nowhere else in the detail work. The shell may have been gold washed originally...some color spots retained in deep details was cleaned to establish this was not silverplate over brass with faked marks. The legs are solid castings and well secured with no sloppy application. Did not run into any sample marks where the "M" would have had an elongated leg like this, but I doubt this is a compound "IM". The shield shape seems to suggest European origins, but one can never be certain. Just because it looks like a dog doesn't mean it's not a rat-tailed flying monkey.
Top 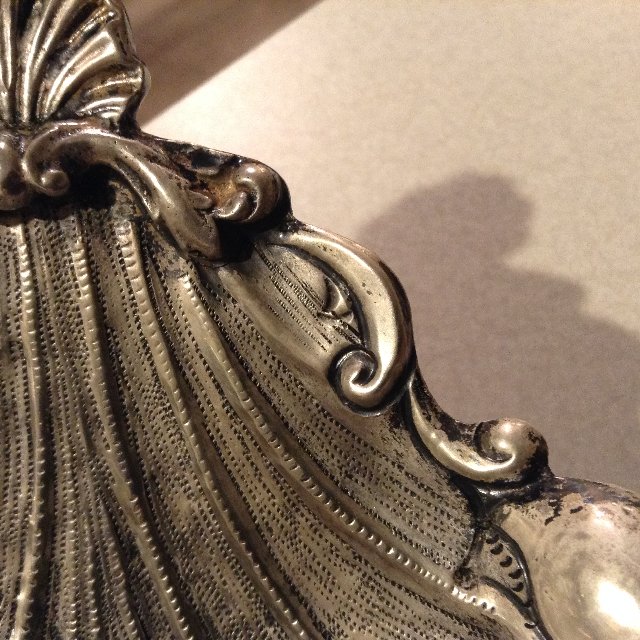 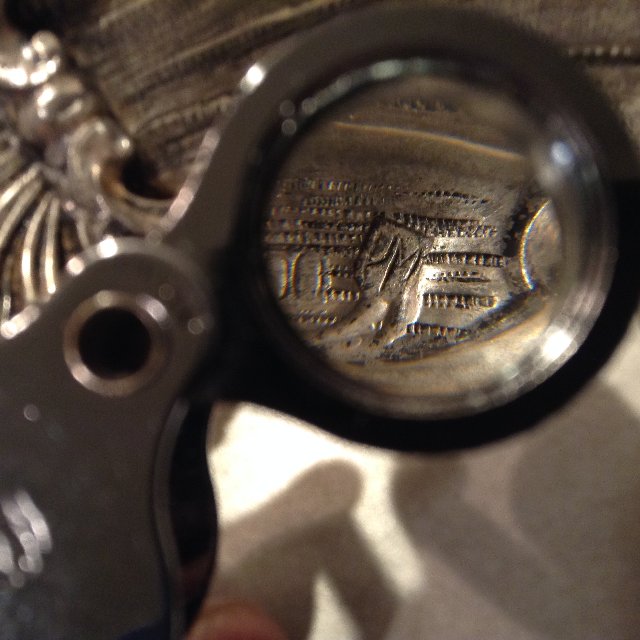 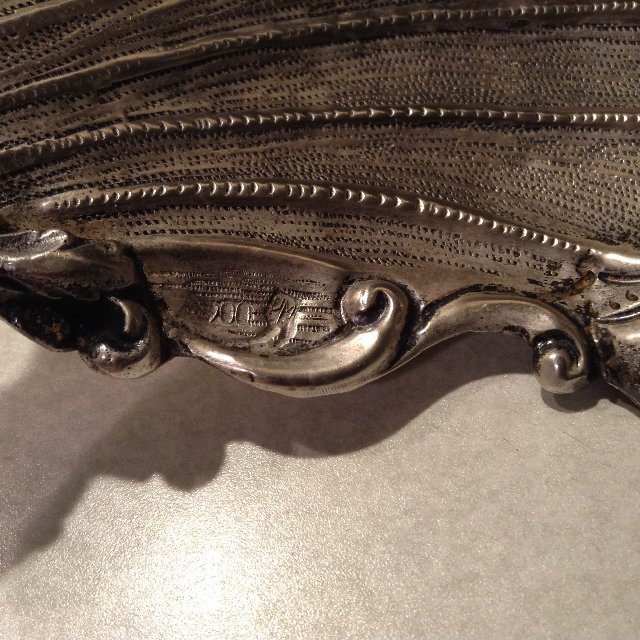 The crescents can probably be ignored as just detail work...they were also found impressed on the marks side where the shield interfered during the stamping of the identification. After checking many marks to see if a badly corrupted (latin) letter might form a curved Y before an M (no sure results), I've looked further afield. There are two possible letter symbols in Hebrew which have slight similarity, but this doesn't seem to make sense due to the M. (Flipping the shield to view as a tablet is all too far out there to be useful.) One question..What is the earliest known use of a 900 mark anywhere? Unless this is an obscure Western mark overlooked or else not noted, an Asian origin may have to be considered regardles of the design elements. (Hopefully not a mid-century Japanese toy maker mark.)
Top

Not trusting the alleged Y but going on a hunch, a wide cast for any silversmith using name Yosef yields a known reference to a Jewish smith in Yemen antiquities. So at least there's some chance that Y might be correct even later on.
Top

A shield would be uncommon for Mexico, but not without precedent in a known retailer (?) mark. Could this fall into any form of Spanish revival style?
Top
Post Reply
7 posts • Page 1 of 1