A reference shot to note how this earlier mark can be mistaken for the later Platt & Brother due to a run-off of letters at the ends of the mark. In this case, the tipped detail is on the back side of the handle where other versions of this same spoon form are tipped on the front. (Anyone know of front-tipped with the earlier marks?) The "S" at the end of the mark requires louping (at 10x) or you might miss it. The shifting of the ampersand leftward might relate to the later mark as a tell-tale. 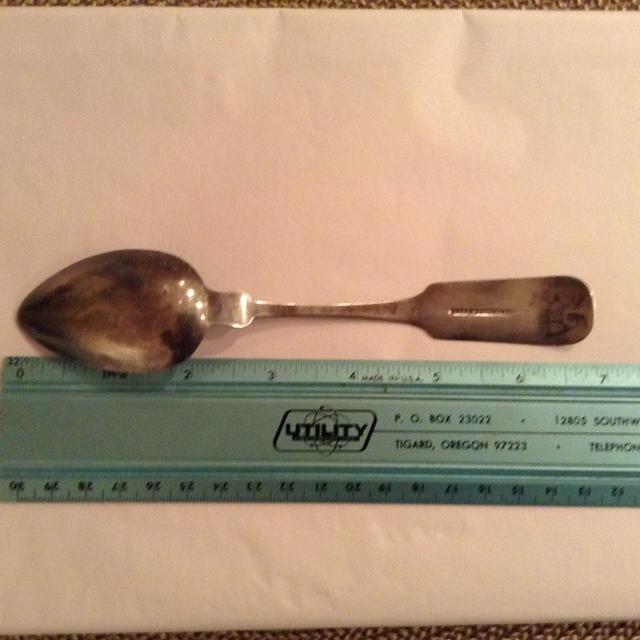 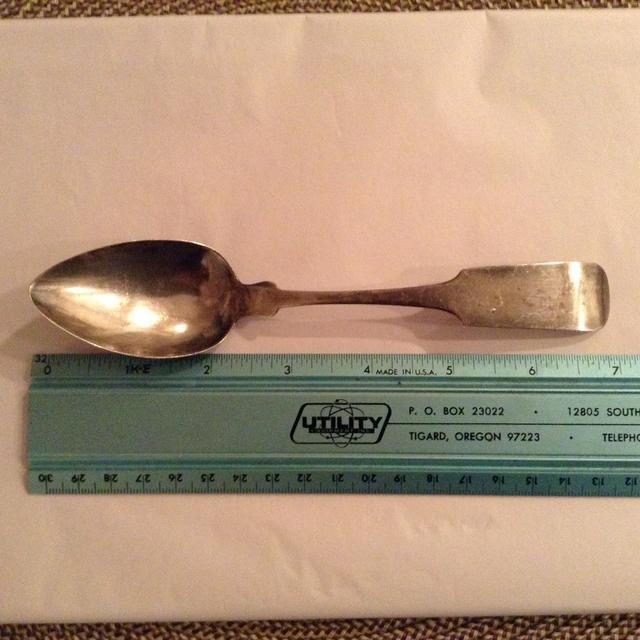 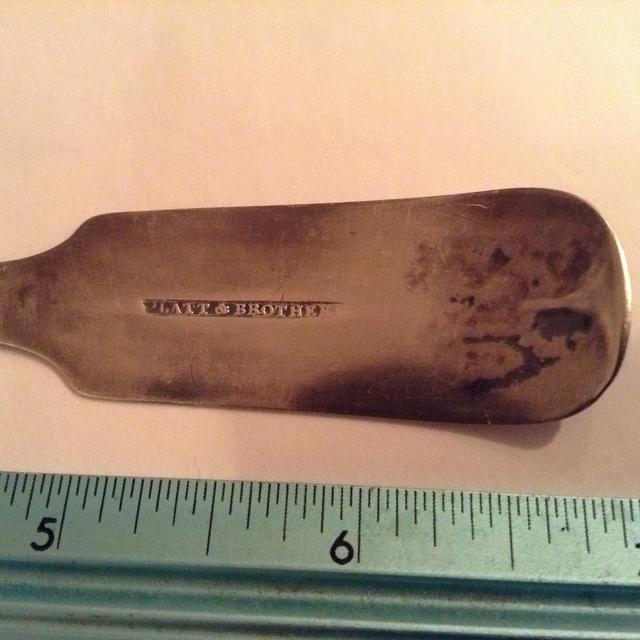 A clean drive of the Brothers punch

and one showing the clipped terminal S from a broken punch

I think what you mean by "front tipped" & "back tipped" is that the end of the handle turns either up in front or down in back. Is that right? Does that signify anything dating wise? Did they do one style earlier than the other ? I've seen this on other spoons by other makers and have always wondered.
Top

This link lays out the forming of the "M" shape at the tip (terminal) of a hand constructed single-piece spoon. This is known as tipping with "tipped pattern" being one of the most basic designs in flatwares (Other names are used too...e.g. Olde English). As you can see in the photos, it is located on the reverse side (or back). The handle turned up or down is another issue. https://www.925-1000.com/spoon.html
Top

Thanks for the link and info. Did they do one style before the other ?
Top

There are a number of spoon constructionists who have dropped in and leave useful old threads for your research. Using the way back machine (the search function), Tom left an interesting answer regarding Duhme near the end of this 2007 query: viewtopic.php?f=2&t=6344&hilit=tipped+handle

Trev, Cheryl, Wev, WesternPA and many others post lots of good info. that can be dug up, even if your shovel is only a rusty spoon found in an abandoned dump! You could also look outside at, among others, silver salon forums (SMP) for discussions with simple keywords or strings. Of course, a frontal tip looks more fashionable and tended to render the rear tip as an archaic design. Specific engraving practices, needing a surface for monogramming, might have affected the choice of design along with localized reasons of presentation in settings. What's an acceptable practice in one place might go against the grain in another.
In the case of the Platt firms, I suspect it will take a number of seen samples to tell if they flipped their spoons at a particular point or were carrying both styles concurrent to each other.
Top
Post Reply
6 posts • Page 1 of 1