Hello welcome ::: I noticed a curious detail on the large serving spoons of S. Stroganov ::

I can't figure out what the "looks like a smudged hallmark" is on each of these spoons, each of which is a serving spoon similar to my serving spoon in shape and size and weight, they differ in terms of quality and engraving and niello, yet all examples seem to share a "smudged hallmark" or perhaps an "improperly struck hallmark" and I can't figure this out :::: I am not sure about what I am seeing, but it appears on each of the examples of S. Stroganov Serving Spoons :::

(not so good at embedding images, I apologize)
Top

.... or on the IBB site click on "Embed Codes" and the relevant IMG code will be revealed as "BBCode".

I usually use tinypi, but it's been acting strangely on my computer lately, so I am trying postage
Top

So I found three examples, hopefully everybody can see what I am referring to, all these serving spoons have a curious "smudge" hallmark on them, I really don't understand this odd "mis-struck" hallmark which appears on each of the examples :: Below is the plain, more basic example which I have:

Hello!
This is not Samson Stroganov. This is Sergey Ignatievich Sazikov (Сергей Игнатьевич Сазиков) - one of the famous Sazikov family, supplier of the Imperial Court.
Unfortunately there are flaws and mistakes in the PL book ...
Regards. 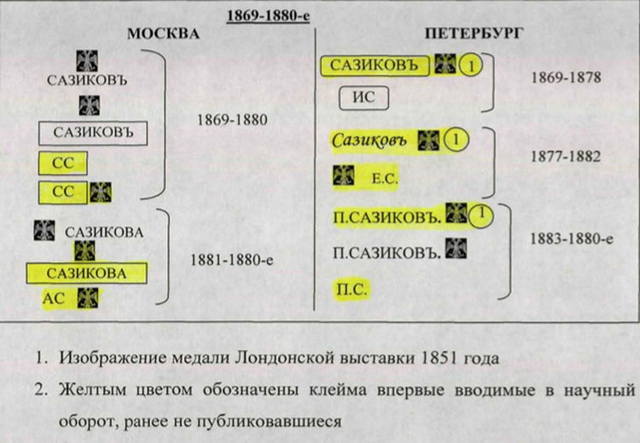 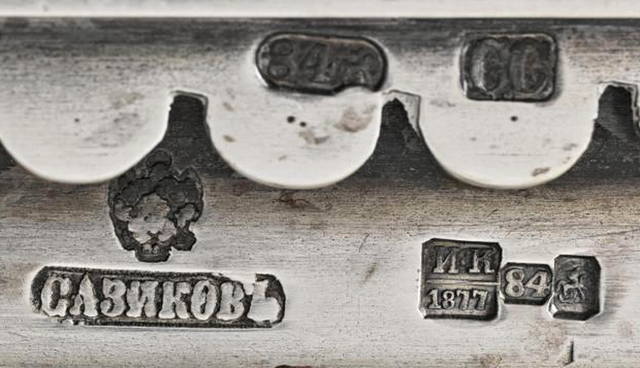 Hi,
Ubaranda, thank you for confirming and clarifying the controversy that existed here for some time in regard of Sazikov mark in cursive and the medal won at London World exhibition It is the mark with Sovereigns heads in profile mentioned here under number 1.
The mark is based on the medal depicting Queen Victoria and Prince Albert l. 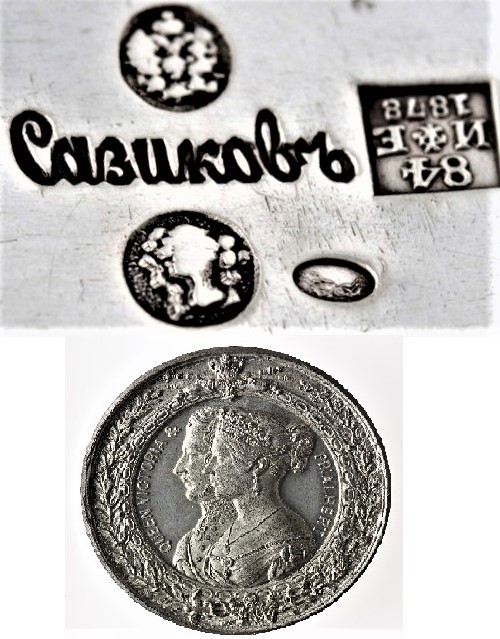 For full list of Sazikov marks in the dissertation see here:
viewtopic.php?f=46&t=38269

Thank you all for your help, I thought for sure I had this one right because other auction houses were using the P-L numbers as reference, hopefully this thread will help other people who believe they have Stroganov but actually have Sergey Ignatievich Sazikov hallmarks ::

Sazikov mark in cursive and medal mark used only in St. Petersburg. Your spoons are made in Moscow, therefore, the “doubtful” mark is a badly punched two-headed eagle. I'm sure of it.
Top

An interesting topic! In general I share Ubaranda's opinion. However, since Sazikov's punches are mentioned and even shown, one particular punch puzzles me. It is the St Petersburg punch in cursive script. This punch has been discussed in threads in the past and heavy doubts were arisen regarding its genuineness. I myself included was suspicious, I still am. Now Voldaeva says it is authentic. To my knowledge her relatively new book is the only source that claims it. Maybe there are other sources but...(name another if somebody knows one. Thank you in advance).
What I wonder is that why did the Sazikov factory use this totally different punch? See for yourself from Ubaranda's picture. I would be very interested in knowing the reason(s)? Does somebody have an acceptable explanation or has Voldaeva made a mistake? Postnikova and others have made mistakes, why not Voldaeva? Is it after all a bogus mark, or....?

About the "smudge punch". I also assume it being the court supplier mark.
Top

Hi,
PhD dissertations cannot be repeated under the same or similar name,meaning no person or persons will get permission to open Sazikov display cabinets and search through huge Gokhran inventory with
literally tons of silver.In a word,this will be the only reliable publication for decades to come.
Mrs Voldaeva showing Gohran silver to Russian authorities.

In a word,assumptions contradicting Mrs Voldaeva are,so to say,more than pathetic.
The parallel would be contradicting a serious cancer research by a quack doctor.
Regards
Top

Interesting but it doesn't answer my question.... Pathetic!? Everybody has a right to an opinion, anybody can make mistakes and nobody is perfect. When Postnikova was published years ago it was considered to be the absolute bible regarding Russian silver....is it today?
Top 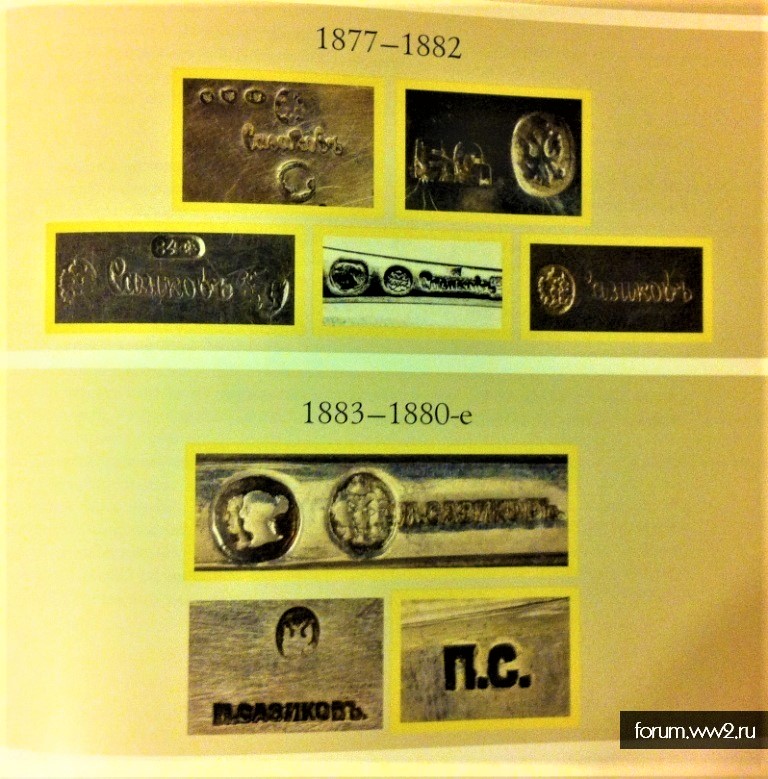 One other thing of note is that my spoon has a date mark of 1868, the year that the master silversmith and father Ignaty Sazikov died, so in theory this could be one of the first spoons made by the Sergei Sazikov workshop in Moscow when he inherited the business from his father along with his brother (who worked in St. Petersburg I believe), so I just find this interesting :: I just wonder about the origins of the Sergei Sazikov workshop in Moscow, and was it fully established and up-and-running in 1868 which was the year of the master Ignaty Sazikov's death, it's just a minor point of interest, really :::
Top

Hi -
Actually, I do not want to participate in this forum - but articles like this are just wrong and misleading!

After the formal dissolution of the Soviet Union at the end of 1991, it was possible without much difficulty to enter - only a visa was needed. Likewise Russians could freely travel within Europe. The clever ones brought silver from before the revolution (cutlery, cigarette cases, icons, old pocket watches) and old paper money from before 1920, which they sold here. Since I already collected Russian silver, I was able to make some contacts, which took me to St. Petersburg and Moscow. There again I met the author of the ABEPC books - Vladimir Krivtsov - who wrote various compilations (silver, medals, etc.) including prices that were usually paid for them. There was everything the collector's heart wished for - original and mostly in top condition - it had been hidden since 1917. Counterfeits were completely unknown! Textbooks were missing, Mr. Krivtsov was the first to create an illustrated guide. The majority of Russians could not handle these things at the time and were glad to get some dollars for things they dug out of cabinets. Slowly, a market developed, prices rose, the offer of the first hour was long outdated - the first fakes emerged from Poland. The rest of the development should have become clear to even the most naive person!
Back to the topic Sazikov:
Anyone who has ever held authentic silver from Sazikov in their hands knows why this company has had such great success. The shown stamps of the Gohram collection are an insult to me. I enclose some original objects and their stamps - I think even a good-faith and naïve observer recognizes a qualitative difference. Furthermore, I also show the items on which these stamps are - which I miss in the comments of Mrs. Voldaeva.
I share the considerable doubts of Aguest and now await the obligatory shitstorm of our local experts - who certainly do not own a single piece of Sazikov! 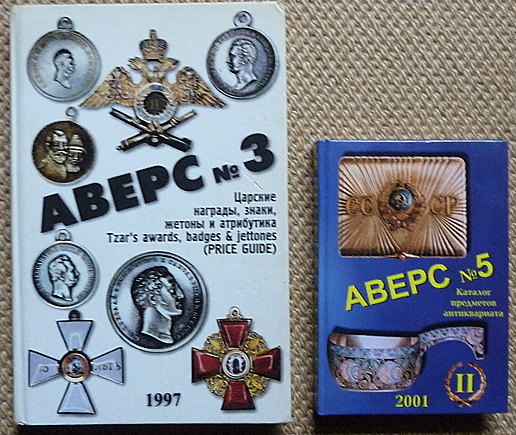 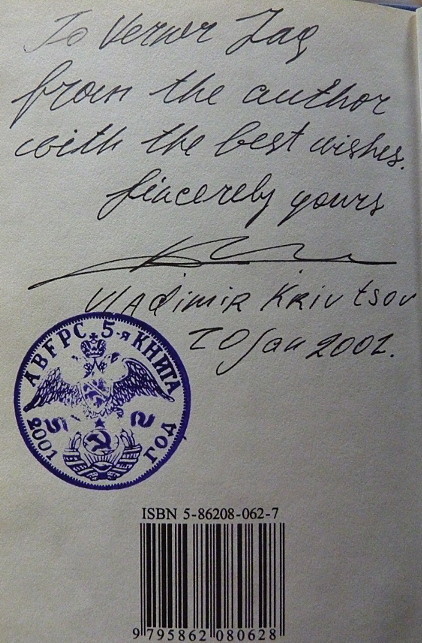 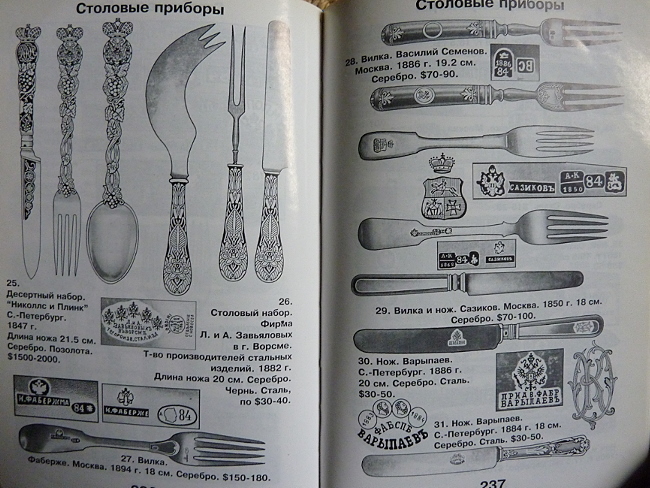 Original Sazikov objects and marks (compare the marks with the "marks" shown by Mrs. Voldaeva and others!) 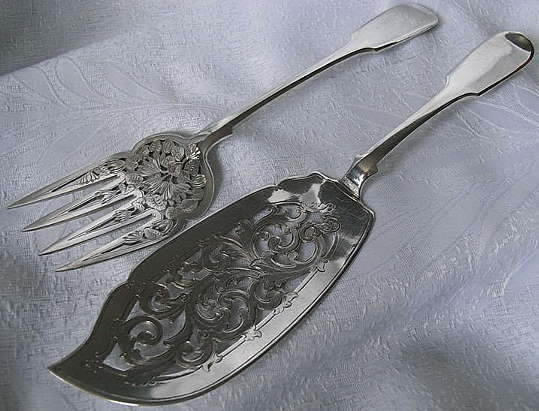 Here some of the shown "marks". 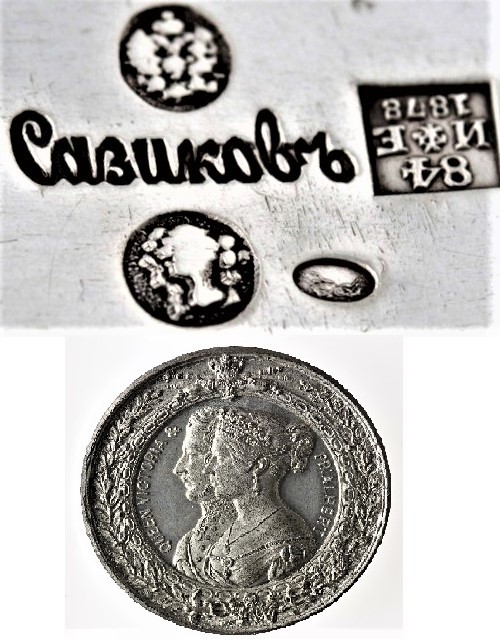 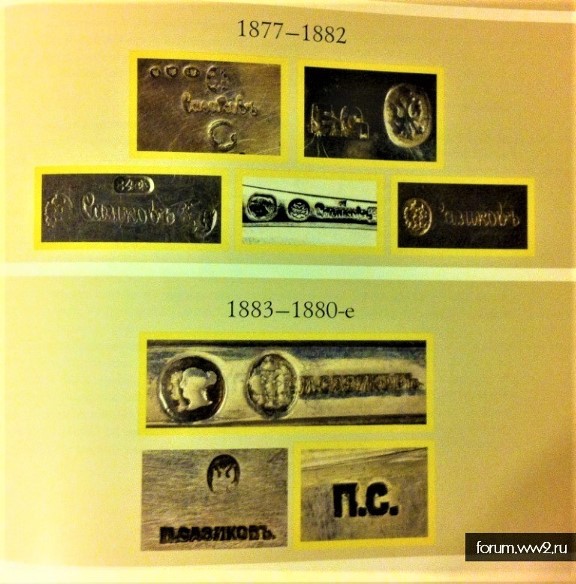 All the best and goodbye!
Goldstein
Top

All research and information about the Sazikov sons, particularly Sergei, would be greatly appreciated as well ::: Sincerely, thank you ::
Top

Hi
Question: Pavel and Sergeij run the Moscow shop. Why only Sergeij marked with his initial (according to the rumors)? What did Pavel? Why no marked objects from him? Lack of equality? Usually they use the court supplier logo....they were very proud of that!

In my opinion it is Stroganov.
Top

Goldstein wrote:Hi
Question: Pavel and Sergeij run the Moscow shop. Why only Sergeij marked with his initial (according to the rumors)? What did Pavel? Why no marked objects from him? Lack of equality? Usually they use the court supplier logo....they were very proud of that!

Answer: Pavel Ignatievich Sazikov died in 1856 and he couldn't run to Moscow in 1868.

Goldstein wrote:In my opinion it is Stroganov.

You may believe or not believe but these marks are punched on one object. What else to discusse about? 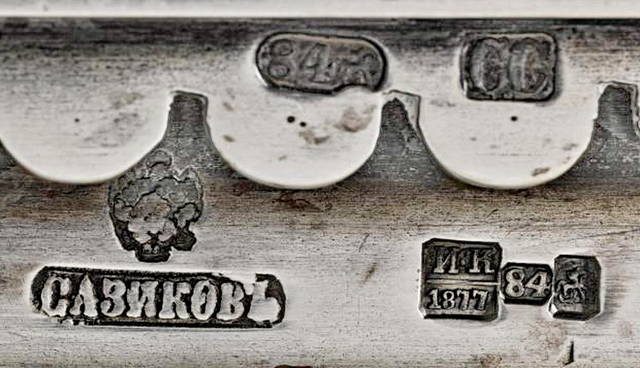