Ok, I am wildly speculating here but the only comparables I can find are 15th/16th century. None, however, are close enough to be considered a true comparable. Also it is marked by a maker (OH or HO) which I believe is uncommon for that period. I think the bowl of the spoon was repaired at one time as well. I don't know why I am leaning towards Dutch but it could also be Germanic, Scandinavian or Baltic in origin. But if it is not actually as old as I think it is than my guess is that they're Dutch pseudo marks. But I have never seen pseudo marks like these or where the faker hid the marks or marked each piece with the same mark. If anyone can shed some light on this I would be very appreciative but I am not holding out a lot of hope for this one. 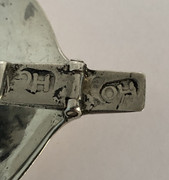 Hi,
I suggest to have it electronically tested.
If very old, the alloy will contain a spectrum of other metals, particularly gold in very small quantity,because before the invention of Miller process, and electrolysis using the Wohlwill process, it was extremely difficult to separate silver from gold and due to imperfect metallurgical process old silver alloys can be distinguished from later silver alloys.
Regards
Top

I appreciate the quick response but I probably won't be able to have that done anytime soon. I live in a rural area
Top

Silver folding spoon. To me it appears not to be a replica and perhaps 17th or 18th century.

The maker's mark OH or HO. Dutch maker's mark HO only 3 are mentioned in Citroen's book; Dutch goldsmiths'and silversmiths's marks and names prior to 1812 and all three are late 18th century with one exception for HO (letter mark executed in italics) for; Hieronymus Olfers registered in Groningen 1752-1793.

Maker's mark OH only 2 are mentioned by Citroen and both late 18th early 19th century.
HO or OH maker's mark unfortunately we have not much to go by. Perhaps an unknown early Dutch maker's mark or Belgian? 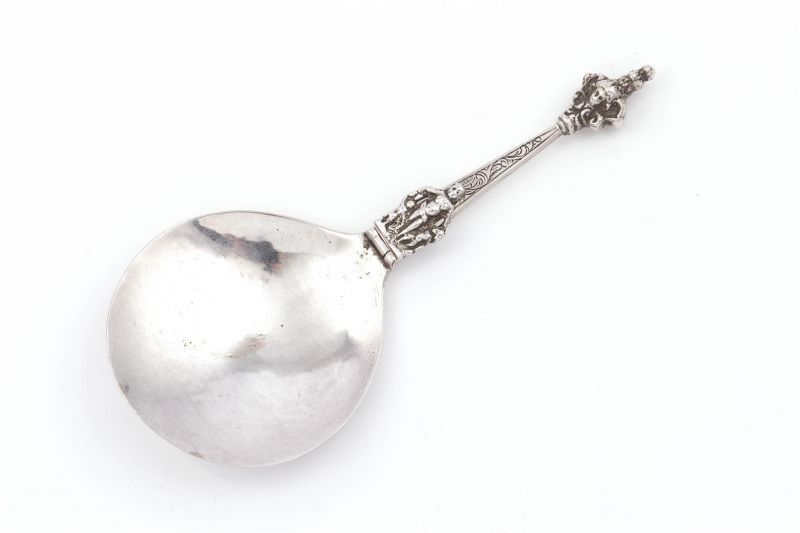 At the moment I am travelling and have no access to my library.

Thanks, Peter, that is essentially the same spoon except for different marks and decoration of the spoon. The style of the spoon seemed so much older but the construction of the bowl definitely seems to fit the late 17th to 18th-century timeline.
Top
Post Reply
5 posts • Page 1 of 1