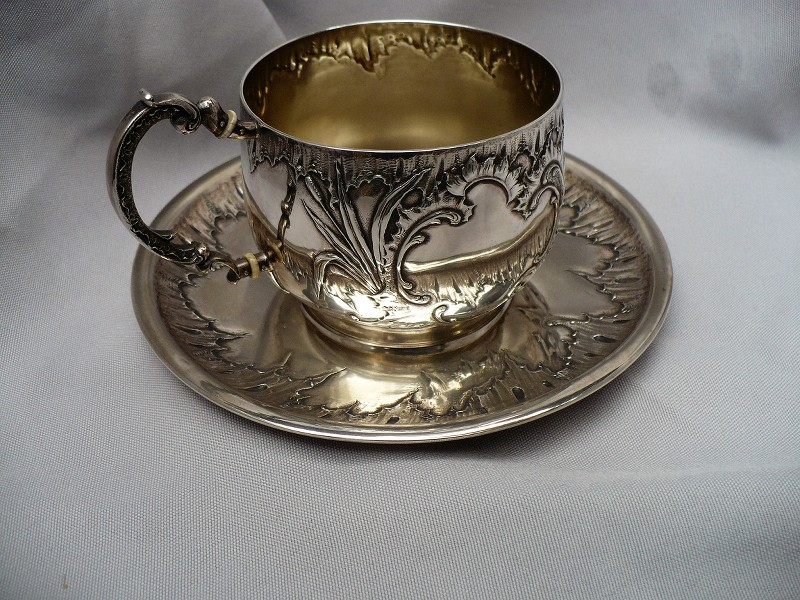 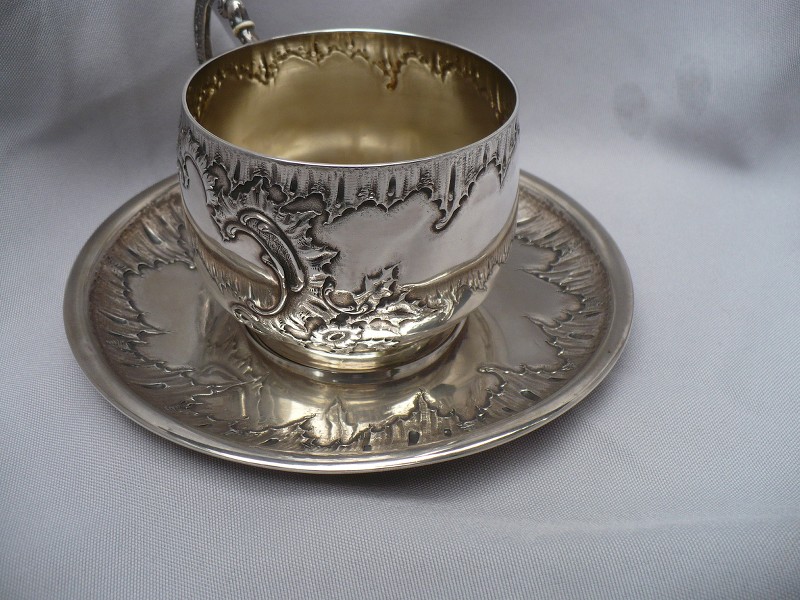 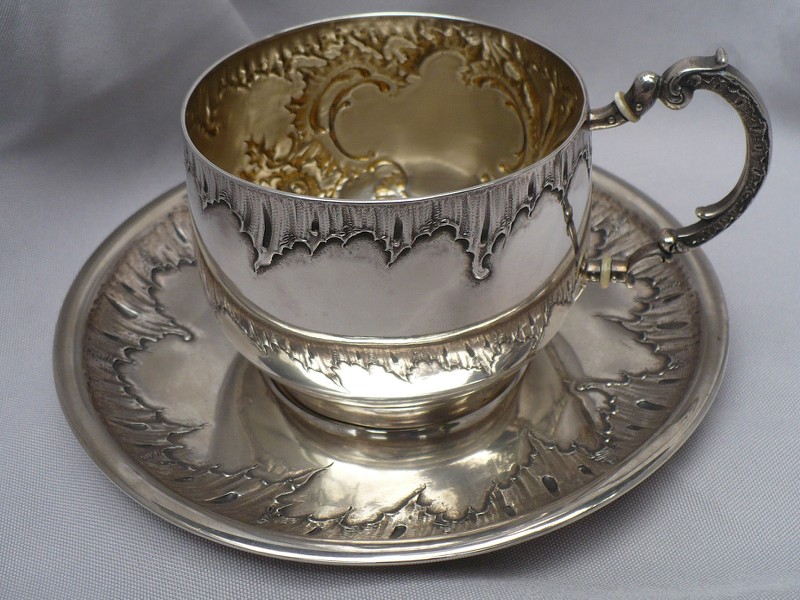 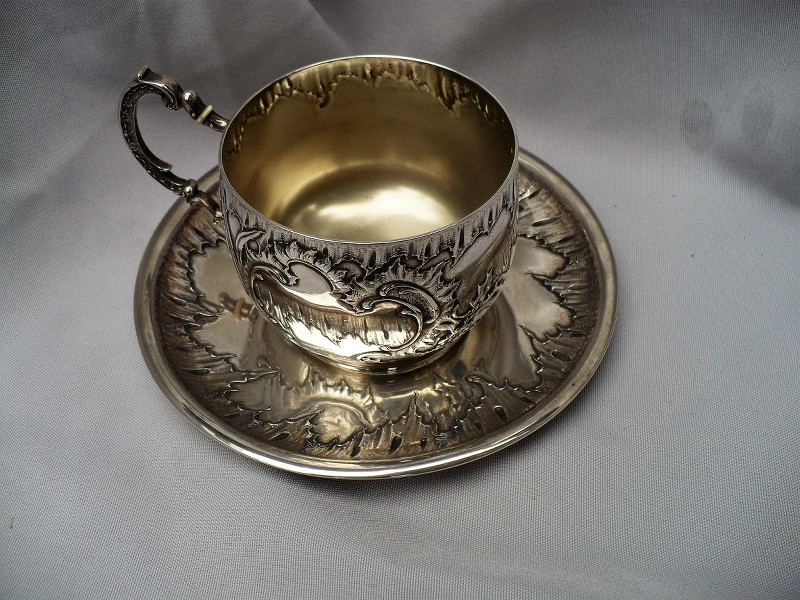 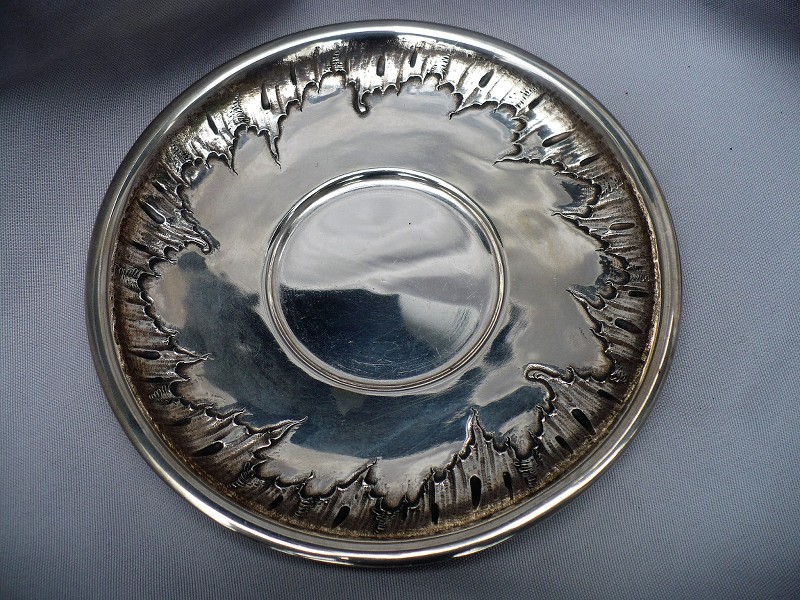 Silver cup and saucer with Rocaille motive. Made in Belgium by Schapmans, around 1868 -1890 - Neo rocaille Style - pre art nouveau. Introduction of Japanese wave motive: crested motives looking like the fringe of falling water, or the crest of sea wave. These crested patterns find their origin in the influence of Japonisme. The wave as a pictorial theme and ornamental pattern in Japanese art had a profound impact on European painting, graphic art, and applied arts in the second half of the nineteenth century. The highly stylized wave formula, underwent an intensification of decorative force in Europe, especially in the Art Nouveau movement. 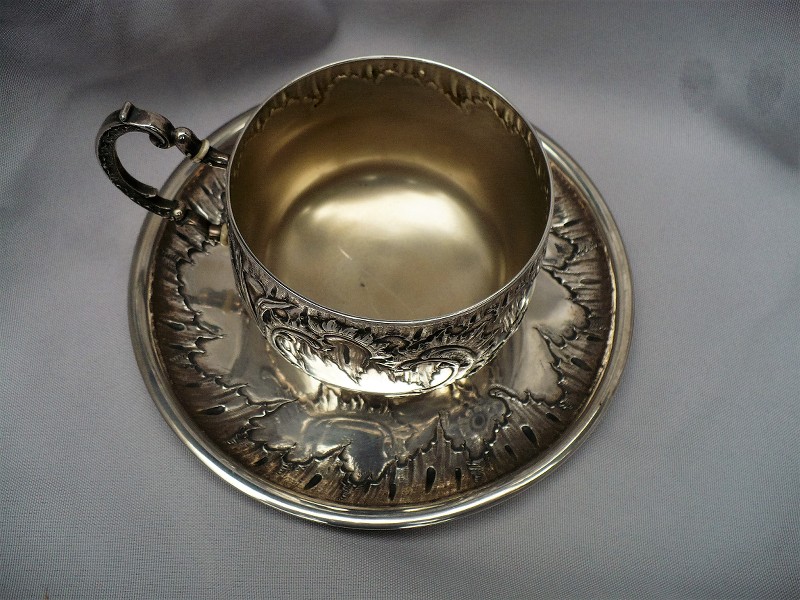 Cup inside a slight gold finish. Under handle of cup on the rim of the base is the Dutch mark for used/imported objects (.Z.) for 800 silver standard of fineness ( mark not shown on picture). 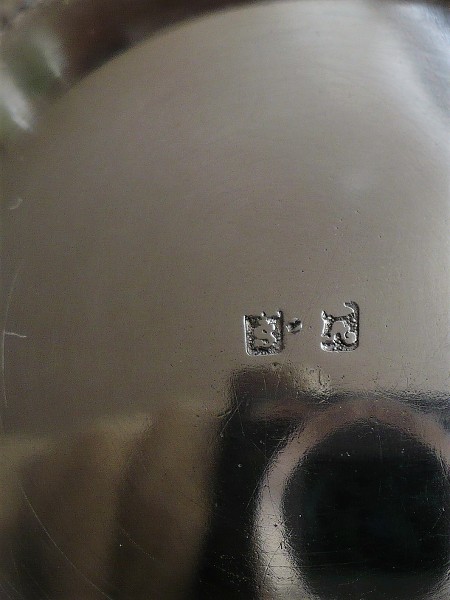 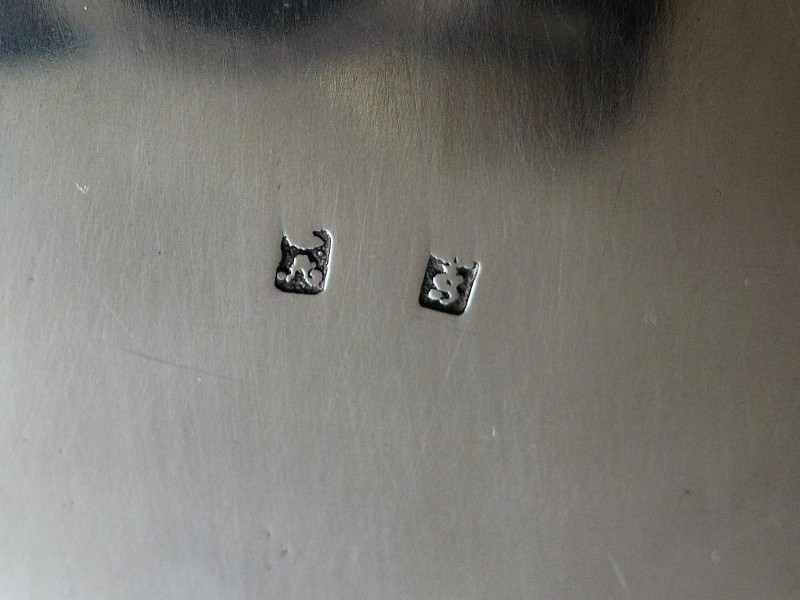 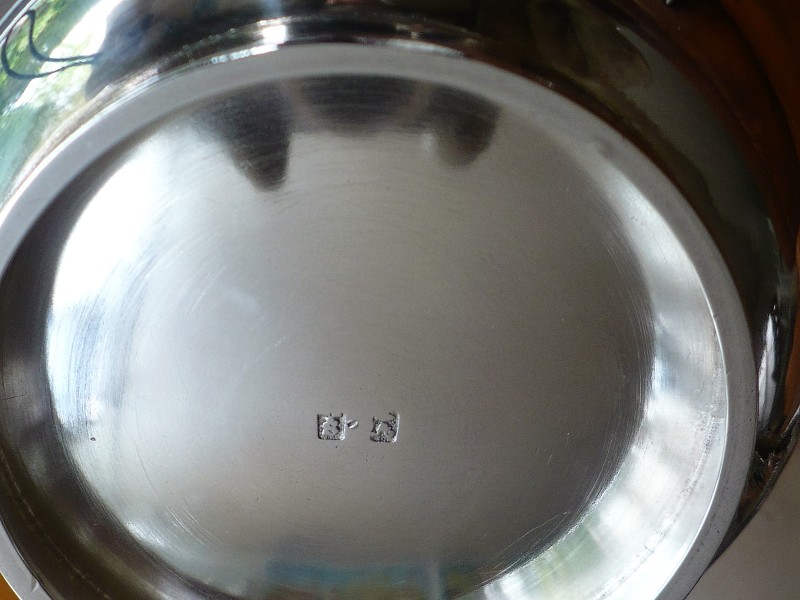 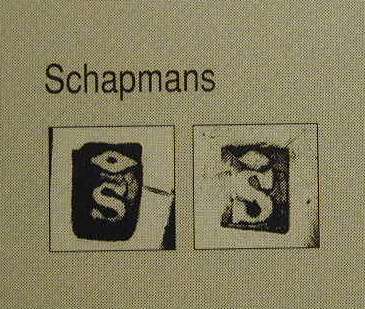 2nd mark, the A under a lozenge, is not a hallmark it has been applied by Schapmans to indicate silver (Argent) 800/1000 fineness.