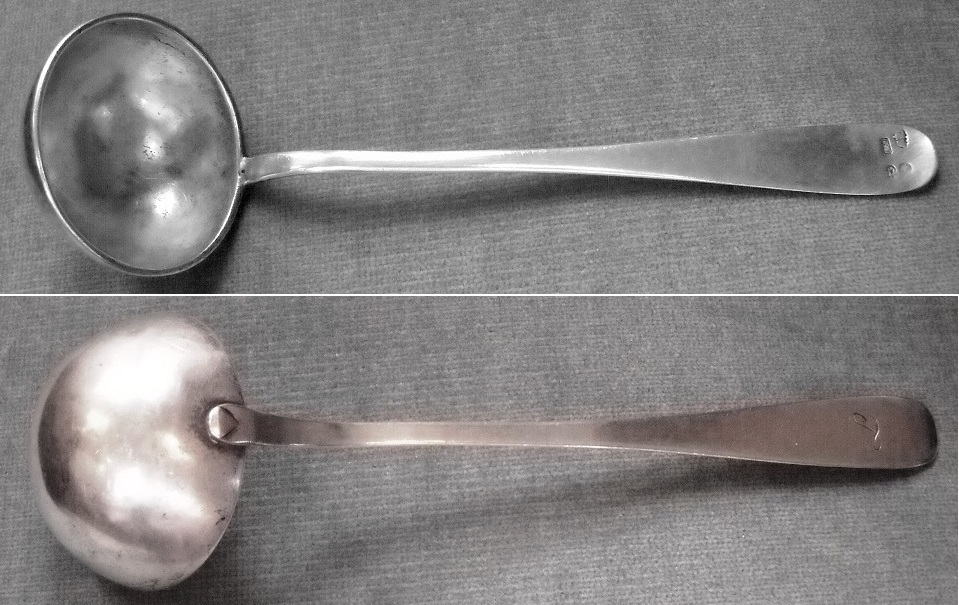 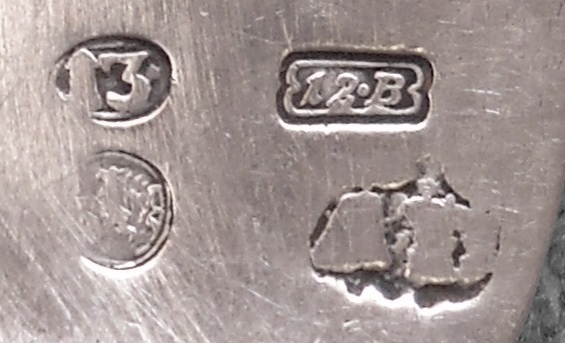 The period of peace, 1806–09, again saw Austrian preparations for war, this time directed by a Rhineland German in Habsburg service, Johann Philipp, Graf (count) von Stadion,who spent years in a strenuous and partly successful attempt to reorganize the disordered finances. (He founded Austria's central bank Oesterreichische Nationalbank in 1816).
In 1806 he suggested to the Emperor of Austria to issue a manifesto providing for taxation and duties on gold and silver. A new mark (Repunzierung) was introduced as acknowledgement of receipt of paid taxes.
The Assay Office code were: A Vienna, B Prague, C Salzburg, D Lemberg, E Cracow, F Brunn, G Linz, H Graz, I Klagenfurt, K Leibach, L Trieste.
The obligatory re-marking of old articles was abolished on August 1, 1807.

In my eyes your ladle is an ordinary sauce-ladle for the dinner table. The size indicates that . You need to find a suitable sauce-boat to it ;-))). Of course you can use it for whatever liquid dessert like compote like hose also suggested.
Top

I think the maker is Andrej Dejl [Ondrej Theil] (Master 1766, died 1799). The mark is not an exact match, but he appears to be the only maker with the right initials at the right time.

Thank you, blakstone.I have contacted Prague Museum of applied arts and will let you know if they answer.
Regards
Top
Post Reply
5 posts • Page 1 of 1