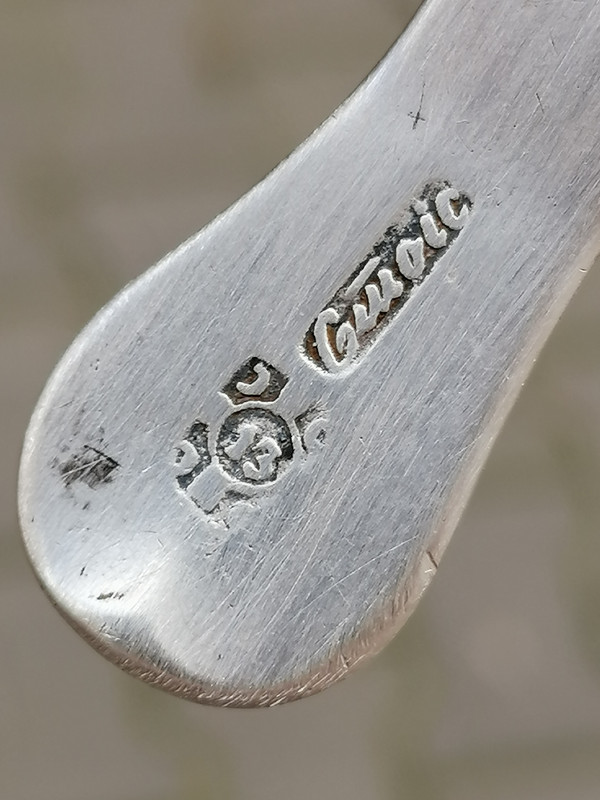 [/url][/url]
Hello
If someone know more about this mark, i think its Serbian because 4C in cross.
Thanks
Filip 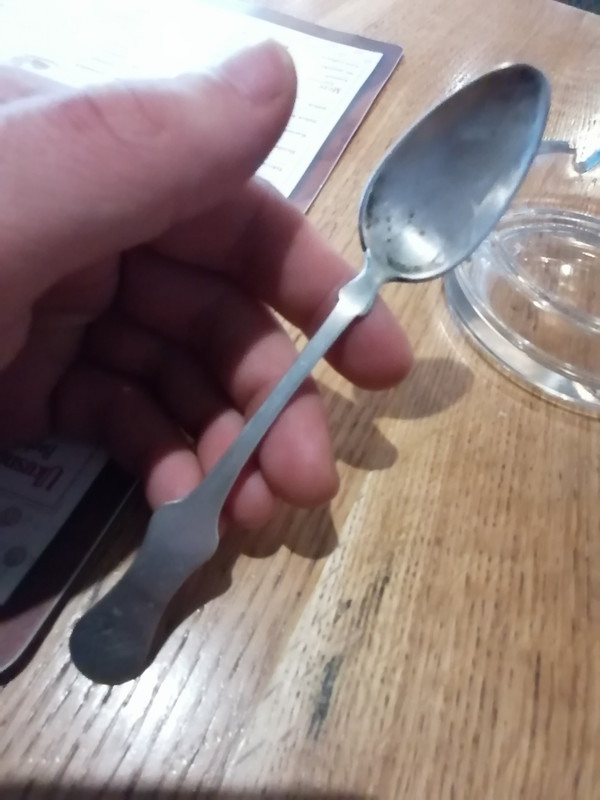 The same marks (or very similar) we descussed here before, with different maker marks, unfortunatly the pictures are missed.
It must be from Beograd.
viewtopic.php?f=8&t=30101&p=143490&hilit=beograd#p143490
Best regards!
Krisztián
Top

Hi,
Stoich worked in Belgrade in 19th century, apprentice in Austria-Hungary, made up mark with 13 Loth. Obviously he was not familiar with Cyrillic alphabet and placed Latin C at the end of his family name.
In regard of the link given by Krisztián,we have identified at least 3 silversmiths working in Belgrade:Stoich,Bogdanovich and Jovan Nikolich.There was no official guild and they invented and used their marks,more or less fantasy mark incorporating Serbian coat of arms and 13 Loth.
Regards

(Marks on my spoons made or imported by Bogdanovich): 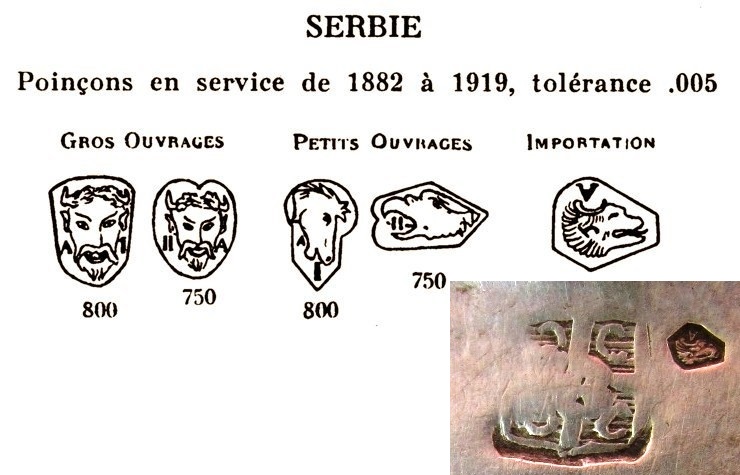 Hi,
Stoich spoons;with made up 4C mark and 13 loth and official Satyr mark for .800 (unlike import mark by Bogdanovic shown above) therefore the spoons seem to have been locally made but obviously the legislation was far from being fully implemented,i.e. Satyr for big articles instead of horse head for smaller articles).Again confusion with the alphabet; -ic in Latin, the first letters in Cyrillic.Understandable, though, having in mind he came from Austria-Hungary. 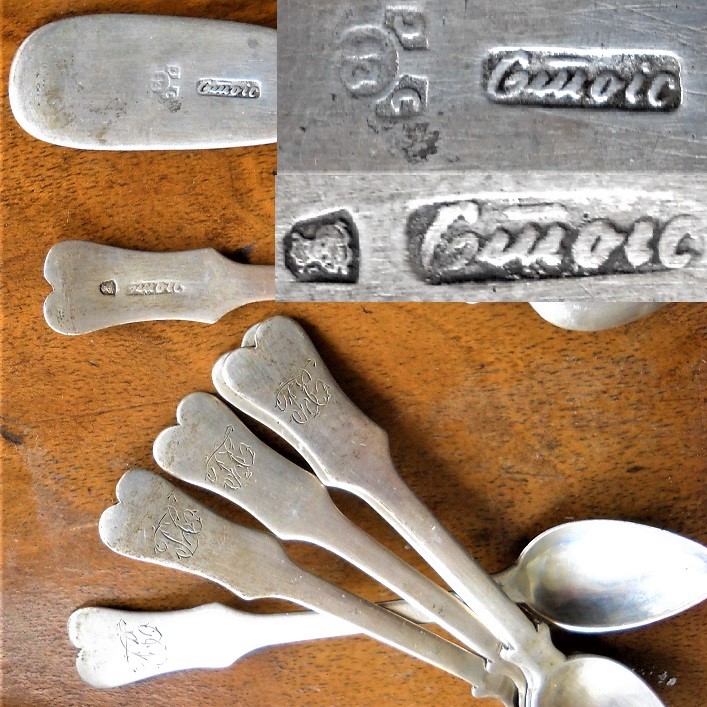 Thanks, i appreciate it
Top
Post Reply
6 posts • Page 1 of 1