by silvervault
Hello to all,
does anyone have an idea as to origins and date of this piece?
It is made of sheet silver, worked 'en repoussee', without any markings except for the 'tremuolierstich' on the backside.It has a total of 7 holes in it, to be attached to a fabric of some sort?
It measures 12,5 x 9 cm and weighs 34 grams.
It reminds me a bit of the birds you see on 'Königskette' from 'schuttersgilden' /Schützeverein, although this piece is stylistically quite different. To me it has a rather Eastern European feel to it.
Any ideas? 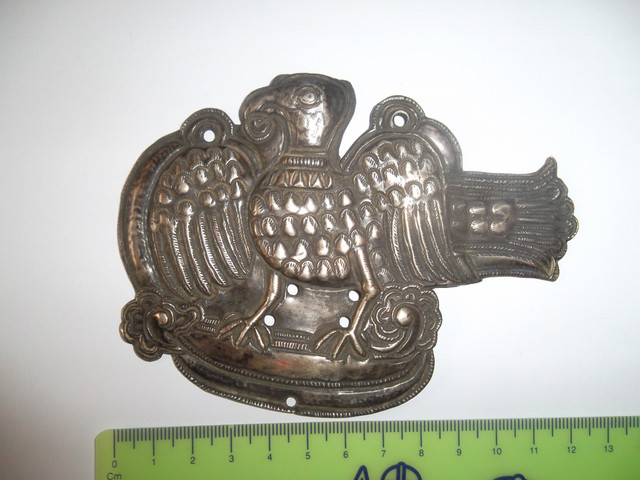 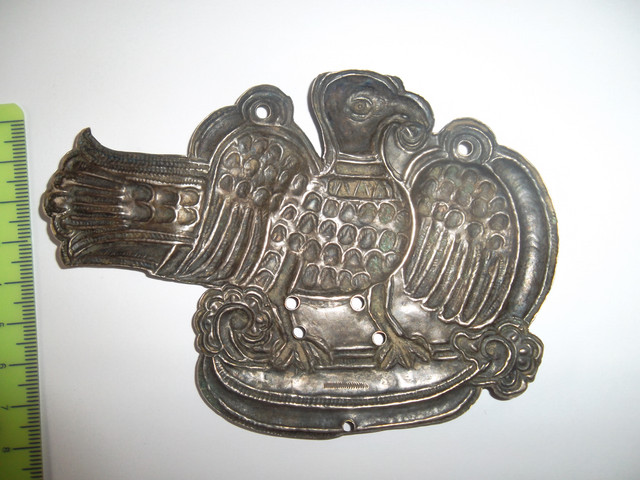 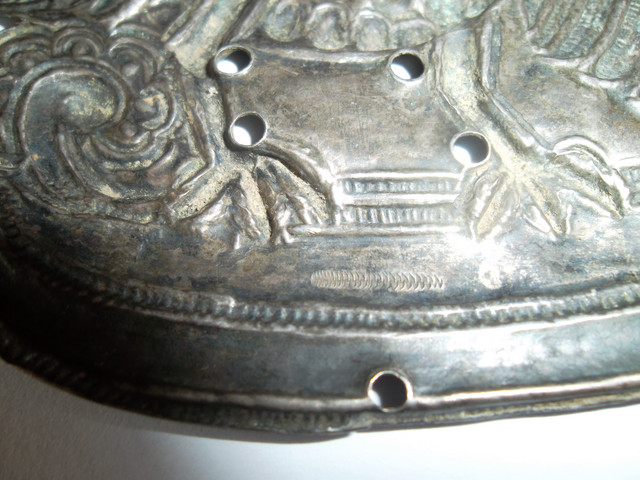 by amena
There is something that reminds me of colonial south America, but it's just a feeling-
Best
Amena

by Hose_dk
Arround 1900 onwards, in Denmark and Norway, shields was fashion. You had a silver shield in your overcoat - so you where sure to get your coat back again. The correct one. These shields had initials engraved.

My guess would be that this bird had a similar function. 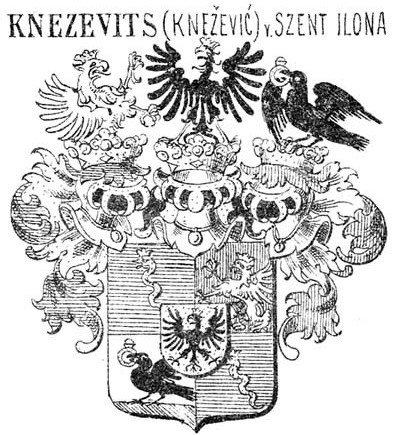 by AG2012
The tale of raven with golden ring dates back to 15th century town Merseburg in Saxony. Bishop Thilo von Trotha, who ruled in Merseburg in the 15th century, had his faithful servant executed because he was suspected of having stolen a valuable ring from his master. After a long time, the ring was discovered in a raven nest during roof repair on Merseburg Castle.
Don't judge too quickly ! Thilo von Trotha had changed his family coat of arms and adopted a raven with a golden ring.

by dragonflywink
Eh, I've the same feeling as Amena here - design and workmanship looks to me like some sort of small Spanish Colonial plaque, would guess more likely nailed to something like perhaps a wooden chest, rather than anything sewn to one's garb. Zig-zag assay scrapes, called burilladas, were fairly common on Spanish Colonial silver (similar assay scrapes are found on Ottoman silver as well)...