Believe it's been pretty well identified as Greek, but an answer to a post in a general forum on a non-silver item bearing this mark brought an immediate response of "sold in the Benaki Museum shop in Athens, Greece". Dug up four posts here on the mark, found all four items in question in the museum's 2013 catalog, and two on their current site. Am still wondering about the '1000' marks... 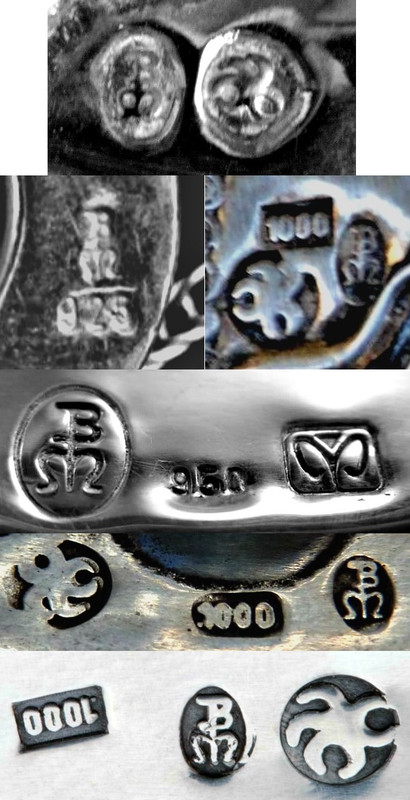 This piece, Heart Shaped Silver Tray, 1837, #AA0026, is shown in both places, and noted as 'Sterling silver' on their current site, unlike some other pieces, this one has only one number and price in their 2013 catalog, the prices considerably highter on those with an 'A' prefix, noting, "Prices of the silver replicas vary according to their weight":

Gran Slam in the ninth inning!! If that .1000 doesn't relate to pure silver in plating, it sure covers your batting average.
Top