Hello everyone and thanks in advance for your help! Can anyone tell me what the brand is on the photo? Which region? What period? 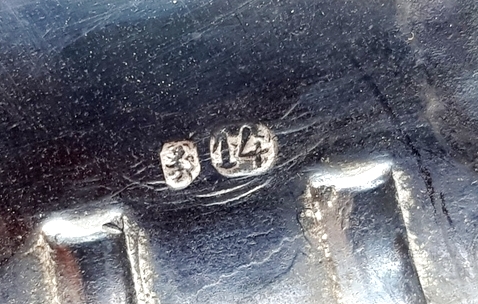 Hi,
In the first place a reliable test is needed to determine whether the object is solid silver. Looks very suspicions, at least to me.
Regards
Top

Traintime, I didn't understand why your link should illustrate the doubts in "14" - after all, there it was confirmed by metal analysis?
Top

AG2012, what exactly is your main suspicion? 14 lot is a rarity for Germany, but it exists ... Traintime gave a link to 14 lot of Greek origin ...
Sincerely.
Top

Lion rampant was very common mark in both Germany and Austria-Hungary, so its attribution without maker`s mark would be arbitrary and not very professional.
14 Loth is seldom seen.
The overall appearance points to mid 19th century or later based on both silver and glass insert.
I cannot contribute more on this piece.

AG2012, of course, I'm not ready to argue with your authoritative opinion, but this is what my own investigation showed "on the Internet":
(admin edit - see Posting Requirements )
The author of the lot is also not sure about the manufacturer's homeland, but names the period and believes that this is one of the German cities. If you pay attention to some of the features of fruit trays (legs) and, especially to the outline of the stamp, you will see that they are similar or even identical (see photo) ... 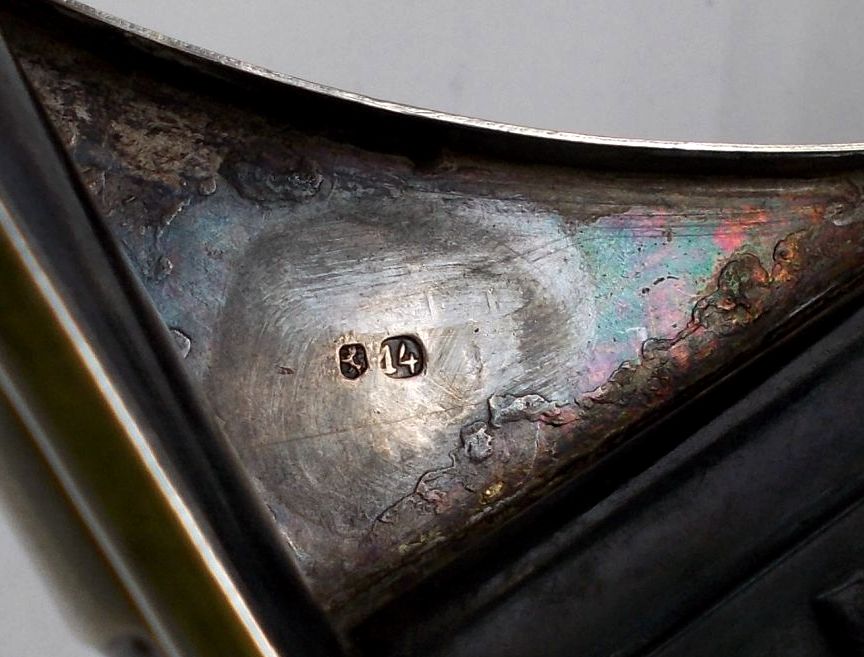 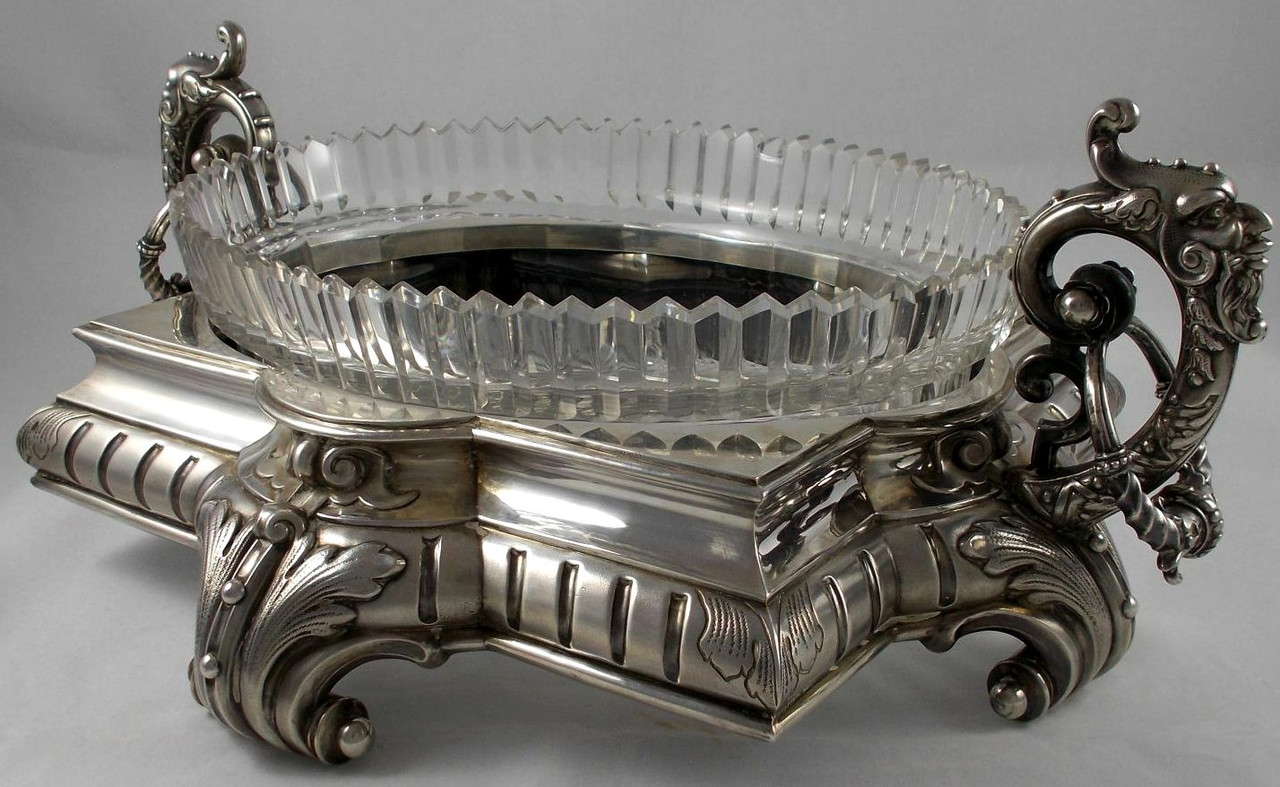 P.S. The link in the previous post for some reason does not work - here is a working link:

P.P.S. AG2012, I apologize - I did not know that you cannot give links to auction pages here ... The moderator removed the link and in order to convey the information found I will quote the description of the item by the author of the lot (translated from German):
"Jardiniere / silver bowl in 14 Lot / 875 silver with glass insert in Empire style.
The bowl comes from Germany around 1840-1850 and is stamped with old German hallmarks for 875/1000 silver (14 Lot) and city hallmark.
Unfortunately I cannot exactly identify the city hallmark, it could be a standing lion or a horse / unicorn. Probably Darmstadt, but it could also be Braunschweig or Schwäbisch Gmünd.
The bowl is definitely original from the time, silver is guaranteed!
Very qualitative execution!"
Top

Agree with that; not Empire but later period. Fitting cut glass insert proves the authenticity. Whatever standing animal, the town mark is impossible to identify. Missing maker`s mark is not uncommon.
Regards
Top

AG2012, thank you for the attention you have given me ...
Yours faithfully...
Top

In reply to your question, the linked thread had more to do with proving the "14" mark in the face of a reasonable but unsubstantiated line of reasoning..the assumptions based on revealing the maker over time (two years from the original posting) still did not support a conclusion until a confirming test was in. That thread then can serve as proof for further examples with those marks. What you presented was strongly suggestive marks but not fully supported. The auction details are claiming a "guarantee" of silver, which would seem to support the marks, but it seems to be a subjective conclusion at their end (based on the text) from what is known by observations rathern than a test. As always, I defer to AG2012's highly expert opinion which now supports the conclusions. [There were other threads for "14", but they got into complications of things like exports from Prussia to Poland and detracted from the point of a trail-of-proofs. That's why that was chosen. It had little to do with Greek as the mark origins were covered there.] At any rate, it's a moot point now.
Top

Dear Traintime, I did not quite understand the last phrase of your post: "Anyway, this is a moot point." That is, you, after all, are not completely sure that both presented fruit holders are silver? If we touch the mark "14" as such (without reference to this product), then I can give you some food for analysis from one closed (not public) site of German silver with the "mark 14" filter (see screenshot):

Thank you, nice samples. Moot meant the question of validity of the "14" no longer mattered as an expert (AG2012) had already come back later to confirm an opinion of authentic. All was resolved there. Congratulations.
Top
Post Reply
15 posts • Page 1 of 1