I have a question about the "FRENCH MADE - EXPORT" (1878-1973) label of the French Silver Hallmarks chart. ::: Was this mark applied to objects that were specifically made for export and only for these objects without exception? ::: Or, was this mark required to be stamped on objects older than 1878 which were made in France and used in France which were now being legally exported to another country? ::::

I just don't understand why this knife would have "ODIOT" on the blade and the bigorne on the blade and Dominique Laporte on the blade (retired his hallmark in 1853) and yet it has the "French made - export" hallmark which was introduced in 1878. :::: Does this mean the knife was used in France for a few decades and then it left the country with a new owner who was required to get this new hallmark which was introduced in 1878 before the knife could legally cross the borders? :::: This knife has a royal cypher and a crown on it that I thought was for a Prince, but now I realize it is for a King's Crown, it has a cross on top and is really "puffed out" on the sides and is not like any duke or baron or any of those other crowns which I have seen on flatware before. ::::: The crowns for the House Of Bourbon royal cyphers look similar to this crown. ::::: So maybe the royal nature of this knife has something to do with this mystery? ::: 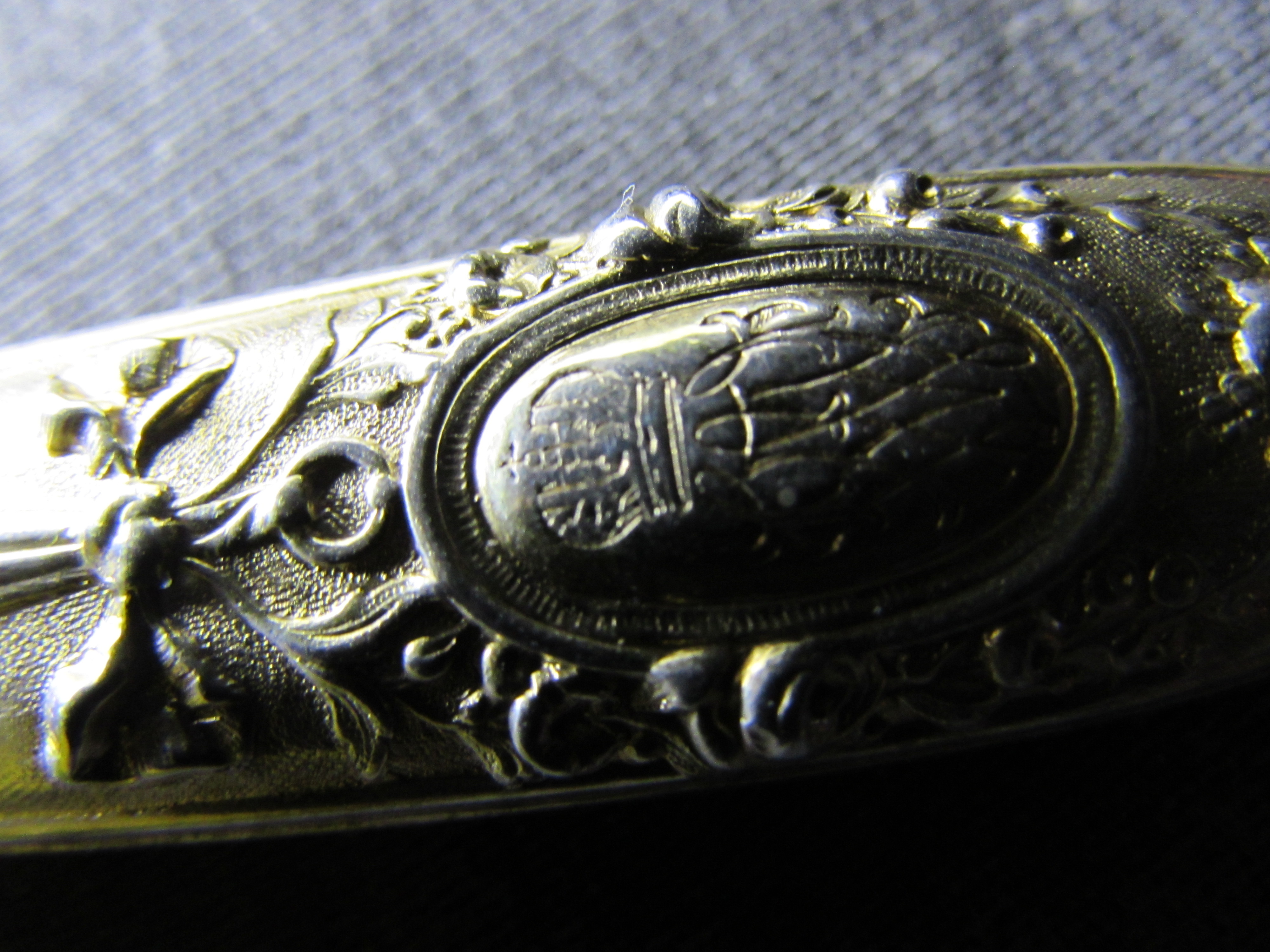 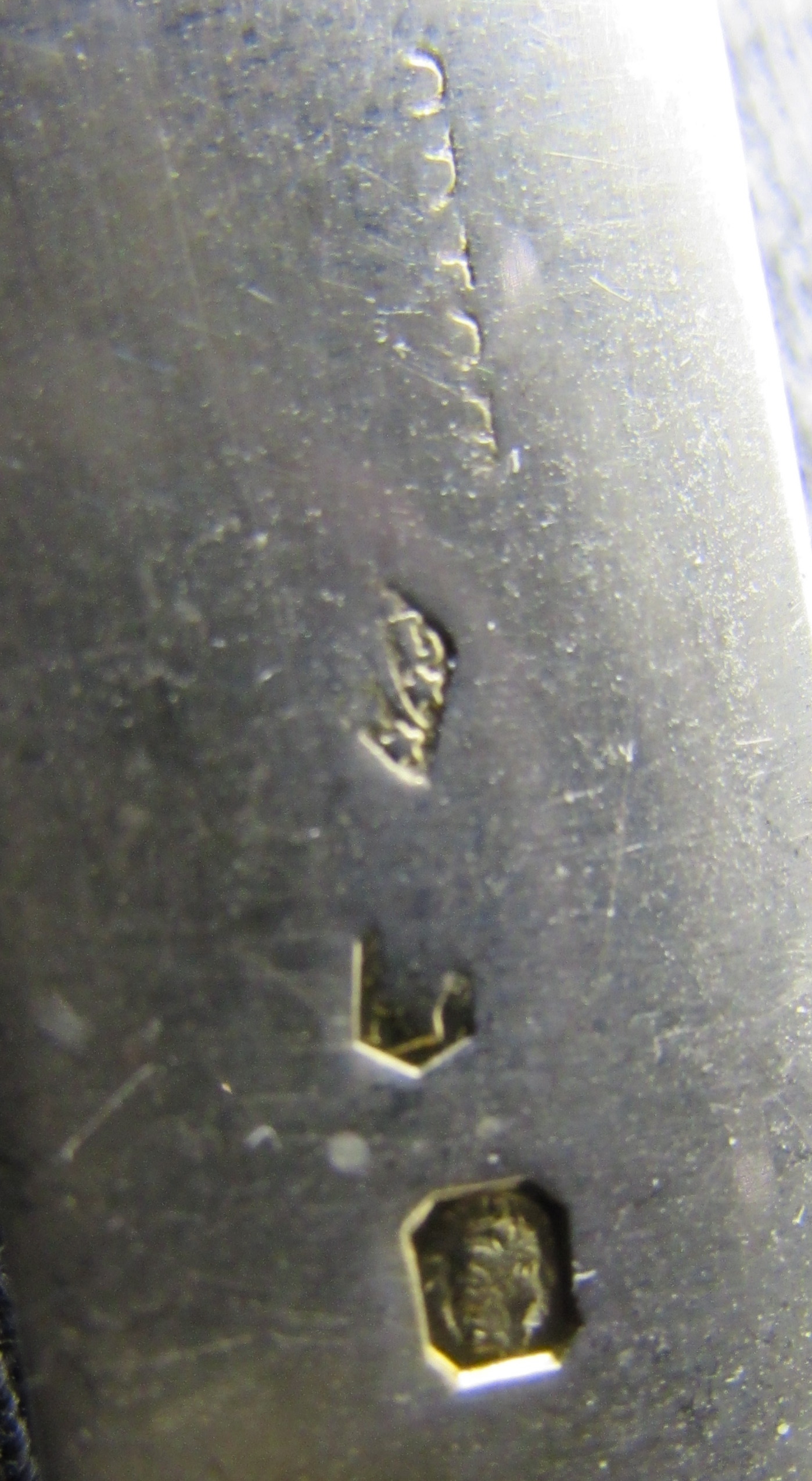 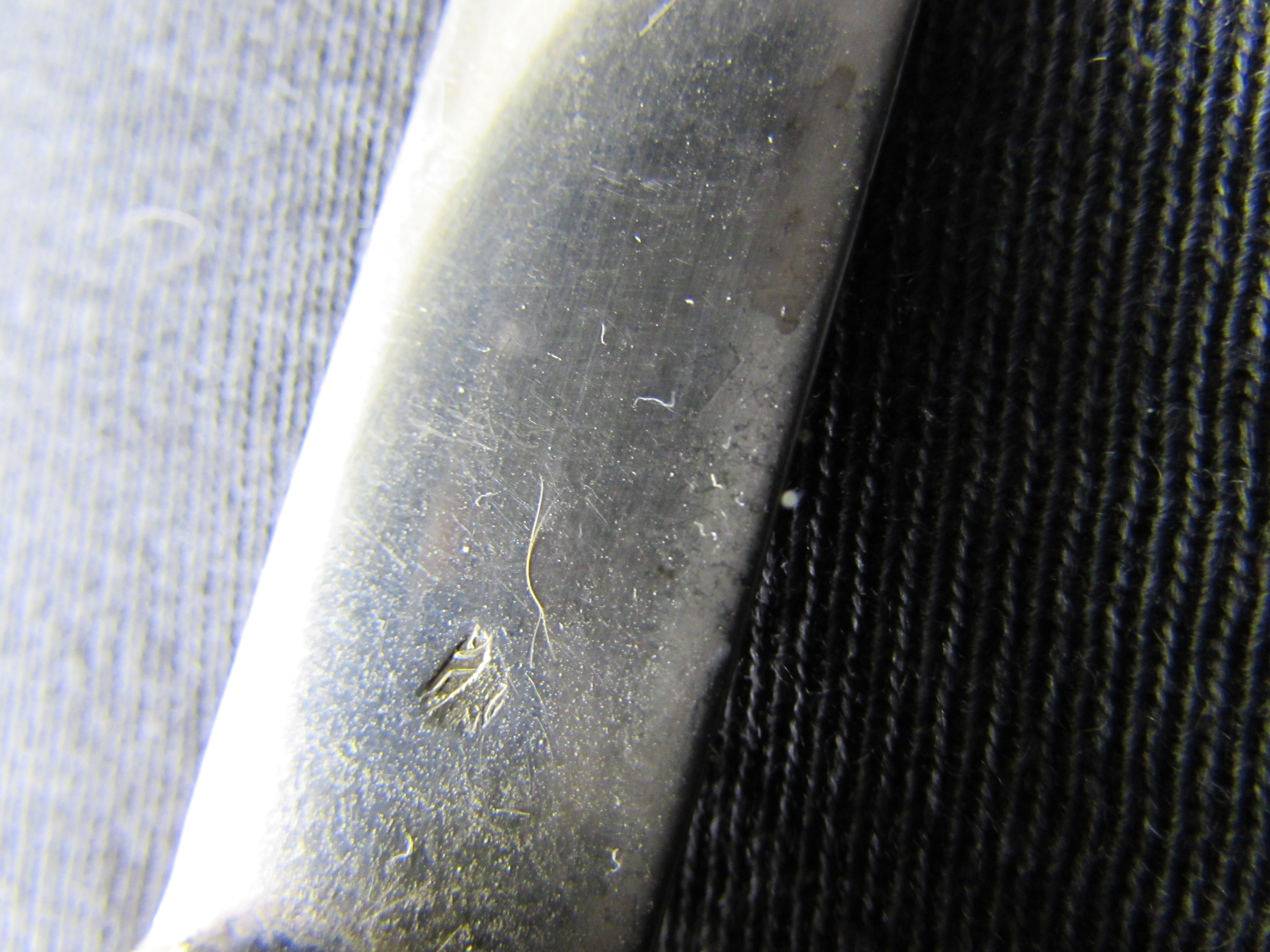 The hallmarks for Dominique Laporte and the Minerva are perfectly lined up in a row, but the Export hallmark is slightly off-center and there is something about the crispness of the details of that Export hallmark that seems to indicate it was added later than the first 2 hallmarks (Laporte & Minerva). ::::
Top

Here is a bit more precision on Laporte’s working dates.
As you know he was a cutler, first registering a mark on 10 December 1825, erased 30 December 1853. He registered his mark again on 24 February 1853, erased 26 May 1863, because he changed addresses from 20 rue des Filles-St-Thomas, to number 12 on the same street. Thus Laporte worked 10 years longer than you supposed.

Laporte supplied many high-end French makers, including Odiot. He won a bronze medal at the Paris 1939 Exposition of Industrial Products, the jury remarking that his work was especially prized by the foreign market. He won medals at that same Exposition in 1827, 1834, 1839, and a medal of honour in 1855.

His successor was Édouard Corvasier.

Are you aware that there are 2 Mercury head marks for French export items? The first, was in use 11 July 1840 until 1 April 1879. The second Mercury head mark (1879-1973) looked slightly different, having a 1 to indicate 950 standard silver to the left of Mercury’s neck. Your photo is too unfocused to see which Mercury head we’re seeing. But if it is the first Mercury head, this clears up any confusion regarding date of manufacture and marking.

If it is the second Mercury head, Odiot might have marked this stock of blades whenever they were mounted onto one of their patterns for export.

As for the crown, to me it most resembles a Russian Orthodox bishop’s crown rather than a Russian Imperial crown. Again, better focus would help here.

The Second Mercury Head hallmark is the only one I have ever seen in a hexagonal cartouche with the pointed part of the hexagon at the middle of the base of the Mercury Head. ::: I have never seen the first Mercury Head in this type of cartouche, which I will take more pictures to make more clearly visible for you, but the hexagon is most certainly present. :::
Top

Russian imported silver was not marked with an import mark until 1882, so that is kind of interesting if it narrows down our time-frame of export being 1878-1882. ::::
Top 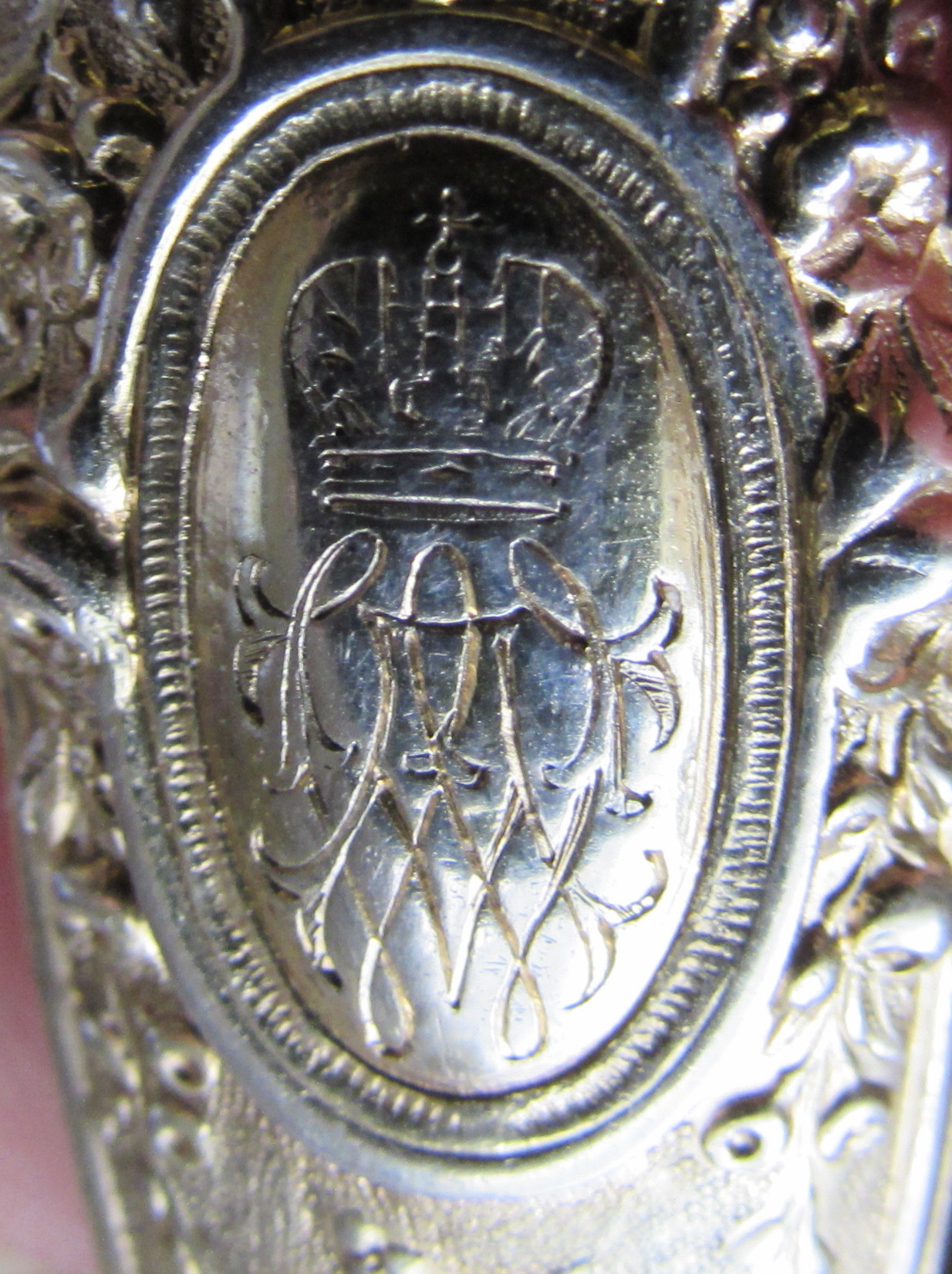 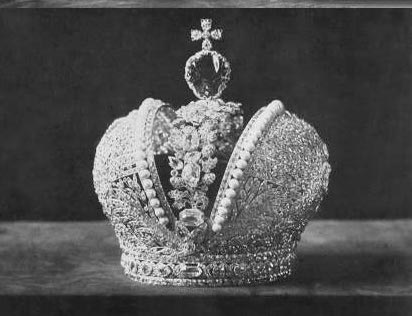 His business was continued by his widow, evidently without changing the mark. As noted, the mark was cancelled on 26 May 1865 and the business was succeeded by Edouard Prosper Corvasier. (It is certainly no coincidence that Corvasier was married on 27 May 1865, the day after Laporte’s mark was cancelled.) Marie Augustine Gavet, Laporte’s widow, died on 20 Jan 1881 in Neuilly-sur-Seine.
Top
Post Reply
12 posts • Page 1 of 1