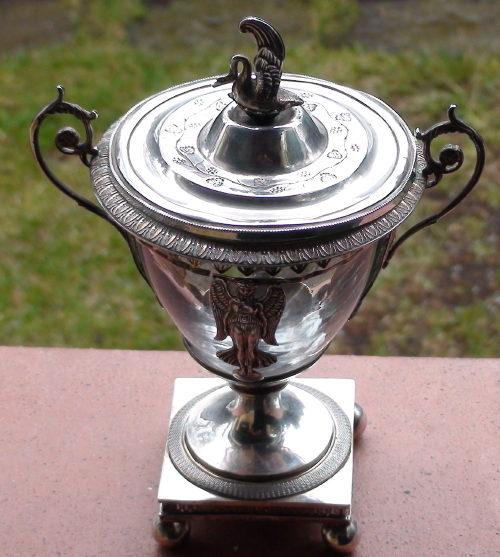 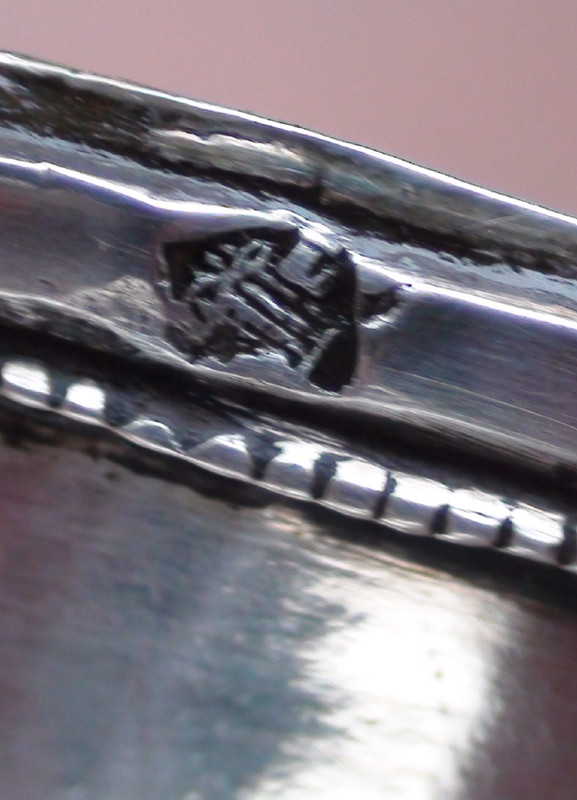 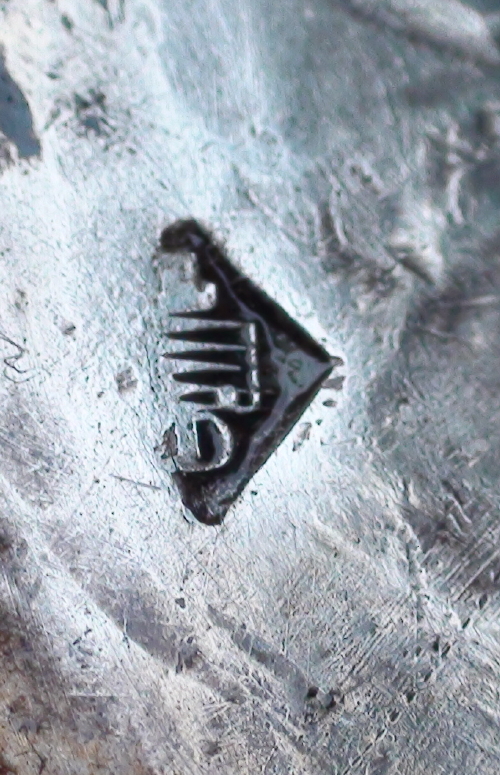 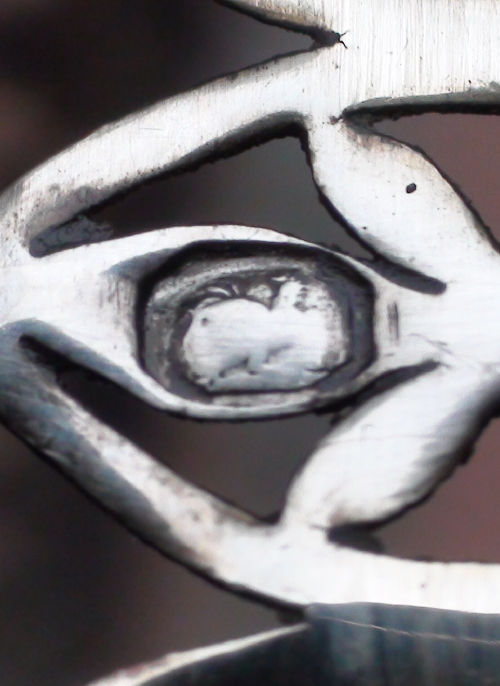 Hello Guido
You certainly have presented an interesting problem. The symbol of this mark looks like a musical staff (une portée de musique) with a musical note of fa.
Arminjon, v. I, shows this mark quite clearly as no. 02308, p. 238, but her description doesn’t match the pictured mark! Therefore, I believe there has been an error in attribution. She says it is the mark of Joseph-Louis Duc, a sword maker (un fourbisseur), initials L.D., symbol described as a sword surrounded by 2 laurel branches (une épée entrelacée de deux branches de laurier). No mention of a musical staff. There is another L.D., Louis-Joseph Devaux, no. 02302, also a sword maker, with the symbol as described by Arminjon for Duc. Confusing.
In looking for the symbol of a musical staff, there is one, but from a later time period, and with different initials.
For what it is worth, Duc, the sword maker, worked in Paris at 251 rue St-Honoré. He registered 23 July 1808; no end date is given, although he was mentioned in the Almanach Azur until 1822.
I don’t think Duc is the maker of your jam or sweet dish (confiturier or drageoir). The maker might always remain a mystery. Perhaps someone with access to the Almanach Azur can shed light on this attribution.
Errors in Arminjon are unusual.
Regards.
Top

Hi,
Are we sure about L.D. after all ?
There were several silversmiths with la note de musique sur une portée.
Regards
Top

Thanks Jai T for your research always on time, I took other photos of the silversmith's mark but I think they don't give any other information, today there is bad weather and the indoor light doesn't help.
If the weather is good tomorrow I'll try to take more photos.
Thank you all,
Guido 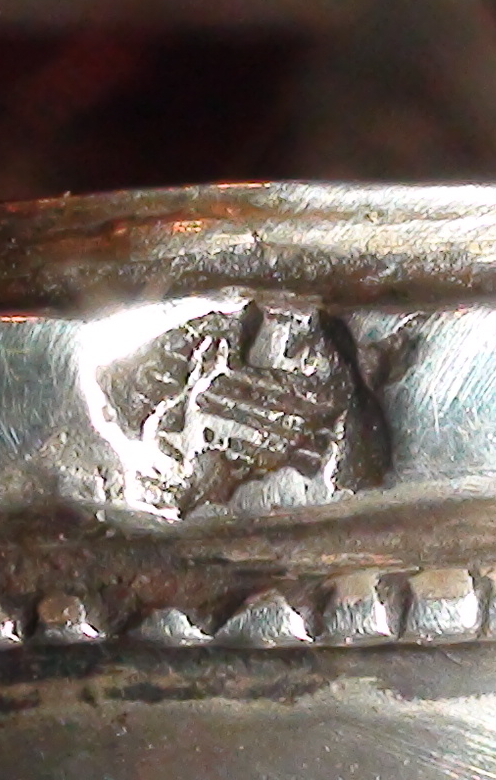 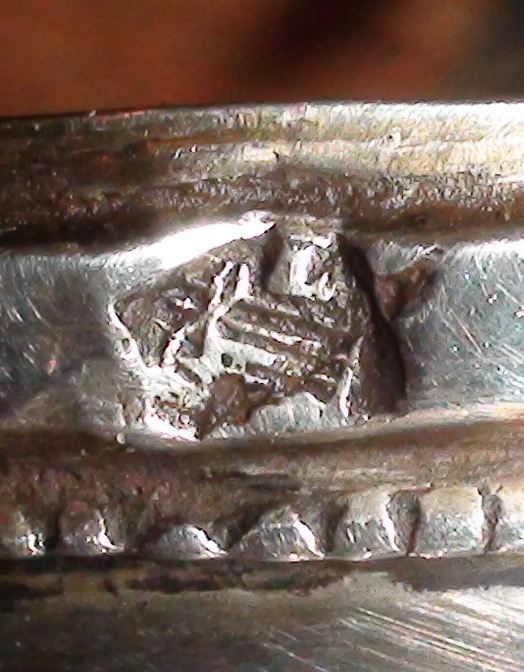 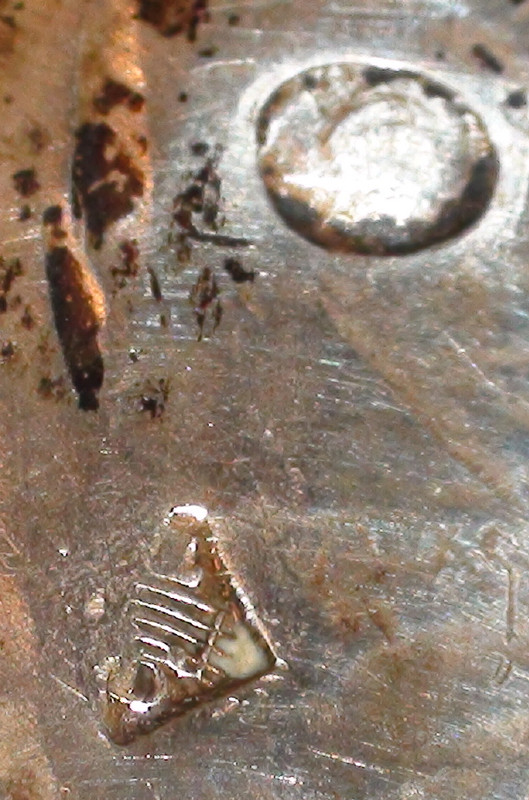 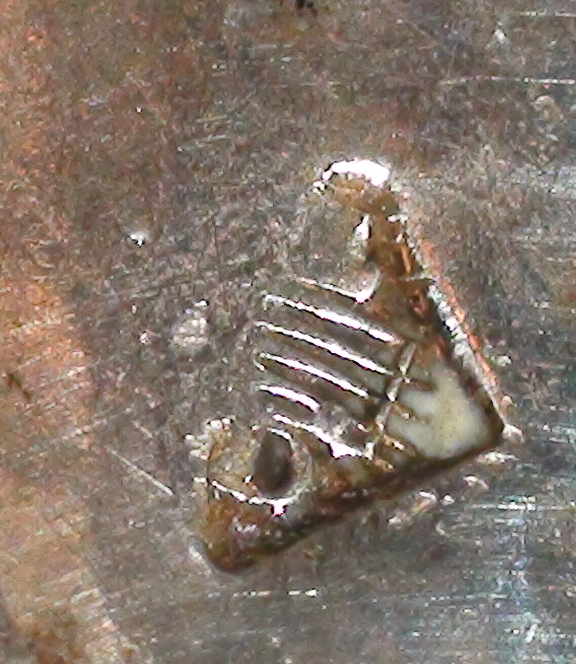 I have also noticed the errors in Arminjon around pages 237 & 237 among the “LD” section and they are confusing. That said, I am confident the maker here is Louis Dufay (Arminjon I, no. 02311) whose symbol is described as "un fa": the musical note "fa" (do, re, mi, fa, etc.) which matches the symbol in your mark and is a pun on his surname. He is listed as a silversmith and maker of hollowware and [my translation] "of liturgical and all types of silverware". His mark was registered on 5 Apr 1809 at 27 rue de Harlay.

He is still listed in 1813, but not in 1817 (the next available directory), or in 1820. I found the death record of his wife, Alexandrine Victoire Deribaucourt, on 19 March 1810, in the 11th arrondissement. She was only 30, so it seems likely that Dufay was not much older and therefore still a relatively young man – probably in his 40s - when he disappeared from the record around 1813/17. It is worth noting that silversmith Joseph Heureaux (Arminjon I, nos. 1844 & 1845) was a declarant on Mme. Dufay’s death record.

PS: I note that the image given with Dufay’s mark in Arminjon – LD with a globe, cross and crown – matches the description of the mark for no. 02307 – Louis Gaetan Donati. The image shown with Donati’s mark – LD with a slipper? – doesn’t match any of the other LDs given, but some do not have any description of the device, such as no. 02299, L. Denoyelle, the image with which - LD with a lance - seems to match the already mentioned no. 02302, Louis Joseph Devaux. Confusing indeed!
Top

Tentatively solved, although as Blakstone states, the image of Dufäy’s mark doesn’t correspond to the description of a musical note of fa, whereas the mark on your item is quite clearly shown for Duc.
Top

Thanks all of you for your research I will publish some new photos as soon as the weather is nice.
Thanks again, greetings,
Guido
Top
Post Reply
7 posts • Page 1 of 1