Hi,
I have been reviewing the earlier posts on the swan mark struck on items of silver and the general consensus is that, other than on watch cases, the dates of use are between 1864 and 1893. If I have misinterpreted this or missed a post then I would be grateful for further guidance. However this is not the main objective of this post.
I have a pair of candlesticks on which I am researching their history and provenance. They are Britannia standard silver assayed in London in 1711 and were made by David Willaume. They are 22.3 cms tall and and have a combined weight of 1.064kgs.They are however also struck with the swan mark. The engraved crest is for Monthermer, and Ralph Montagu 1st Duke of Montagu. He was created Viscount Monthermer and Earl of Montagu by William of Orange (William III) on his accession to the English throne in 1689. In 1705 when his son and heir married the daughter of John Churchill, 1st Duke of Marlborough, he was created Duke of Montagu and Marquess of Monthermer.....but I digress.
I acquired the candlesticks at auction in Versailles, Paris but what I do not know is how they got to France in the first instance and this is what I am trying to ascertain! The auction house have only said they were owned by a person who lived in Versailles and they did not form part of a known collection. And so my question is what is the criteria for the swan mark to be struck? Is it when the item is brought to France or is it when the item is sold in France? Who is responsible for submitting the item and to who is it submitted? Would there be contemporaneous records detailing when the item was struck and who was the person who submitted it?
Lots of questions so any help would be appreciated.
Many Thanks,
Trevor 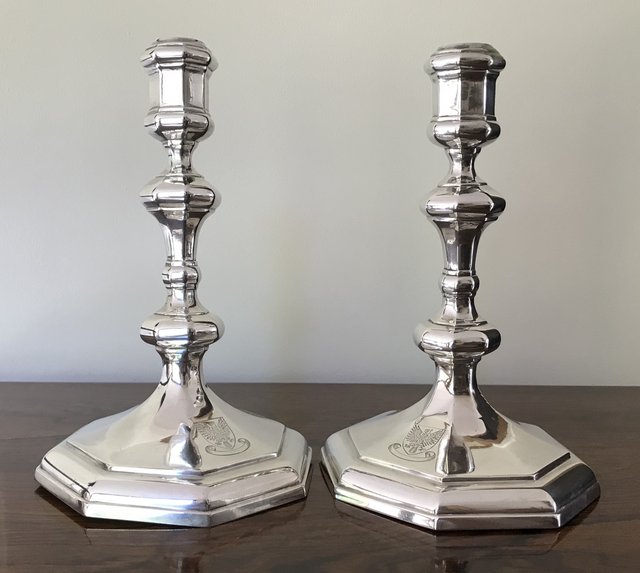 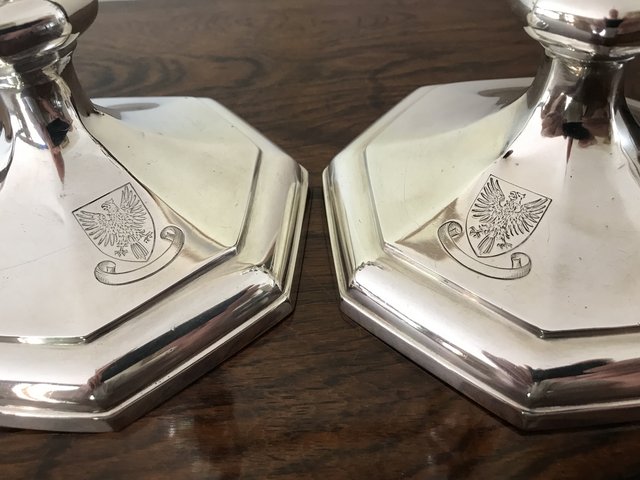 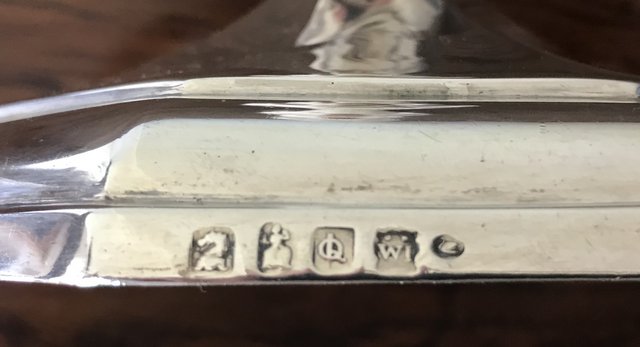 Hello
The swan mark, still in use today, could have been struck either when the candlesticks were imported to France by a dealer or by the then-owner, or when they were placed at auction, by the auction house. The most likely scenario would be the latter, as it would be illegal to sell a silver object without a silver standard mark. The auction house has an arrangement with the mint, which sends staff to Drouot on a regular basis to assay and mark out of an office on the mezzanine level. A Versailles auctioneer might have to take the items to the assay office, or arrange a visit from them. As you know, Versailles is a small city outside Paris. Sometimes the cost of this operation is passed along to the customer; in your case it obviously was not.
Auction houses in France are quite discrete about naming the previous owner - mostly due to tax considerations - unless the objects are from a known collection, and naming the owner would have marketing value. It would be difficult to persuade them to release the name to you, unless you were a very regular client, and they’d agree to tell you verbally “off the record.” The assay office would not have records at the level of detail you require.
Good luck in your ongoing research about the previous owner(s) of these candlesticks.
Regards
Top

Hi JayT,
Thank you for your reply. This is great information and and also gives me a better understanding on the subject. It will I am sure prove useful as this particular journey progresses.
Sincerely,
Trevor
Top