I’m looking for any help in 1. identifying the maker of these skewers and 2. to check if I have the other marks correctly identified. If anyone has any information at all, thank you.
I did clean the skewers up.

This is what I think the marks are & just looking for confirmation.

Maker
Capital C (unidentified symbol) captial I under crowned fleur de lys, with capital B at the bottom 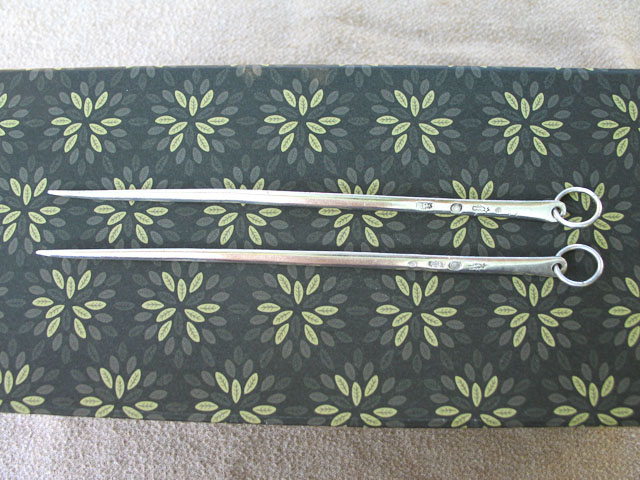 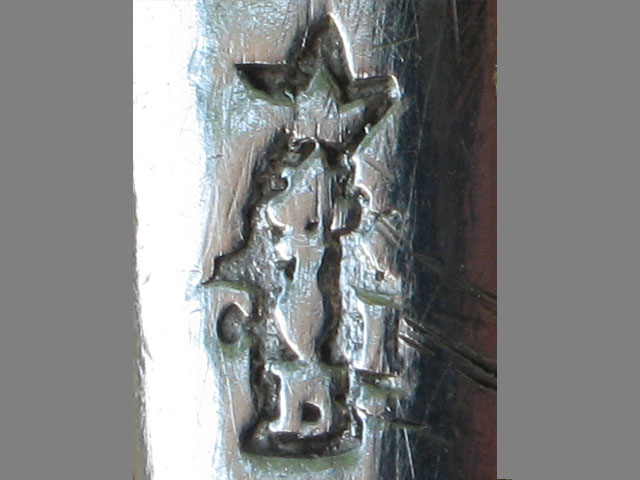 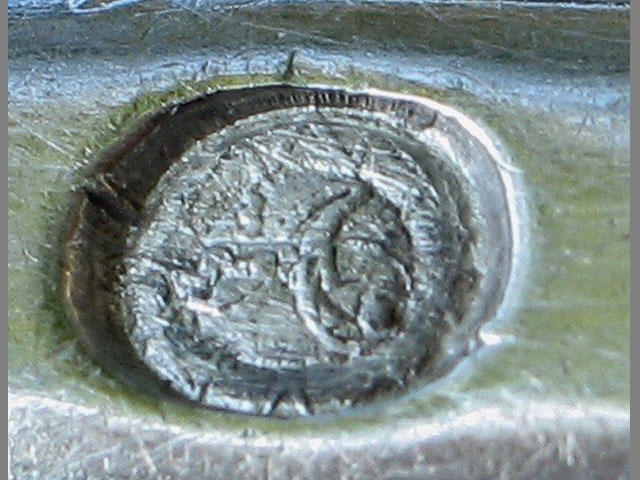 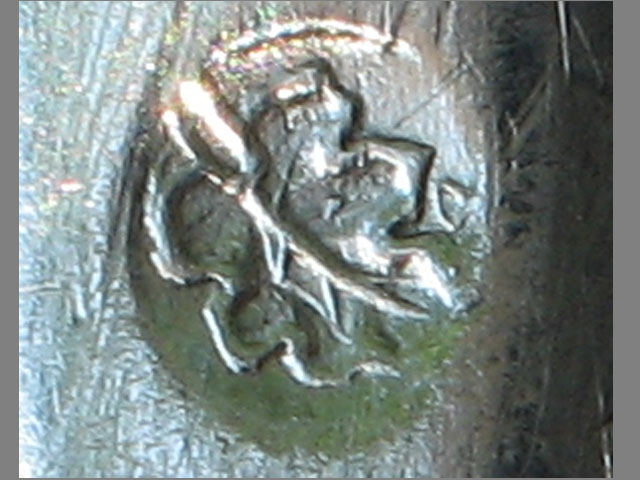 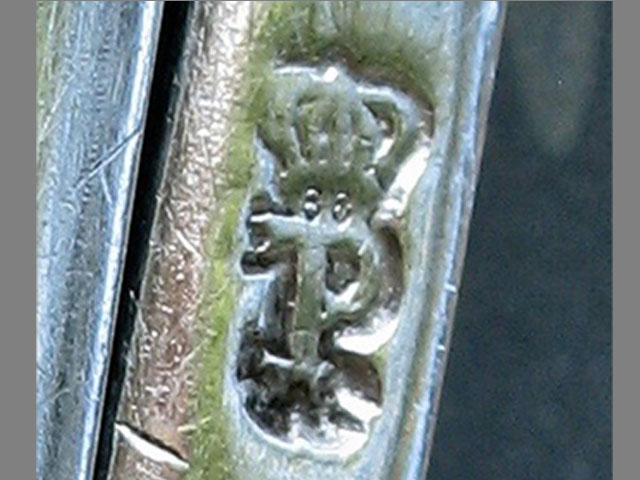 Hello
Your skewers or hâtelets were made by Clément-Isidore Boucher. These could be meat or game bird skewers depending on length.
Boucher had a somewhat unusual trajectory: rather than doing a standard apprenticeship, on 21 April 1784 he applied to become a master in Beaumont sur Oise with letters patent, despite opposition from the masters in nearby Senlis. On 15 May 1784 he went on to make a masterpiece (a spoon and fork or un couvert) in Paris at the shop of Jean-Baptiste Carnay, in the presence of Jean Augustin Varlet. Sponsored by Carnay, he then registered again in Beaumont with the mark of CIB with a dolphin as symbol. Thus Boucher became a master silversmith through the back door so to speak. Undoubtedly money or favour changed hands. Beaumont sur Oise is north of Paris in the greater Paris region.

The silver standard for Paris in Pre-Revolutionary times was 11 deniers, 12 grains with a 7% tolerance in variation, or 957 standard, plus or minus 7%, usually stated as 950 standard silver.

The charge mark of capital A in a circular reserve with chequered border was used from 23 February 1789 to 26 November 1792 under the tax collector Jean-François Kalandrin. A number in the reserve, either between the legs or on either side of the A indicates the year. I can’t make out the number in your photo. Six should indicate 1789.

The discharge mark of an oak or vine leaf in a circular reserve also indicates the year, by a number to the right of the leaf. 1789 should be number 6.

There must be concordance between the date letter, charge and discharge marks. In particular it would not be logical that the discharge mark, showing that tax had been paid, pre-dates the charge mark, which indicates tax had been charged. It appears that the skewers were made in 1788, but tax was charged early in 1789.

Thank you so much for your time and for sharing your knowledge about these, this is very helpful. I’m delighted to know the name of the person who made them and his story.

I suspected that my guess on the mark of discharge date did not make sense. I really appreciate receiving an explanation of that, as well as clarification on the silver standard.

There’s so much information available online but nothing compares to a thoughtful, thorough reply from someone who knows the right places to look. Thank you so much for the citations.

Now, if only I knew which ancestors these originally belonged to…

Thanks for your kind remarks.
Always a pleasure to help a fellow silver-lover.
Top
Post Reply
4 posts • Page 1 of 1