Looking for help to identify the French maker's mark "FERRY" stamped on the bottom of the sterling silver Inkstand depicted in photos 1 and 2. The mark also contains what appears to be a star and a winged wheel? An overall picture of the Inkstand is shown in photo 3. The Inkstand is thought to be of Roman motif?, the central pedestal is Mars (the God of War), flanked by two Griffins, the bell (on top) appears to be Minerva (the Goddess of Wisdom). The overall dimensions of the piece are 15"w x 12"h x 10"d. All the individual components have the Mercury 950% guarantee mark imprinted on them, as shown in image 4. If anyone can help identify when the piece was made, where, and by whom - it would be greatly appreciated! Thank you, George. 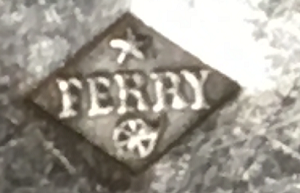 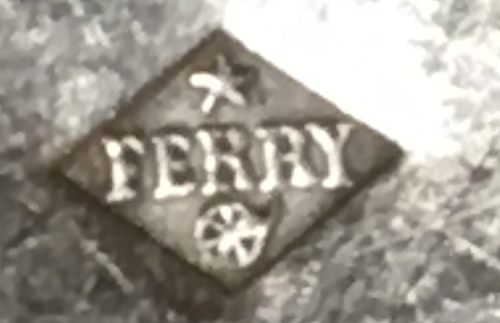 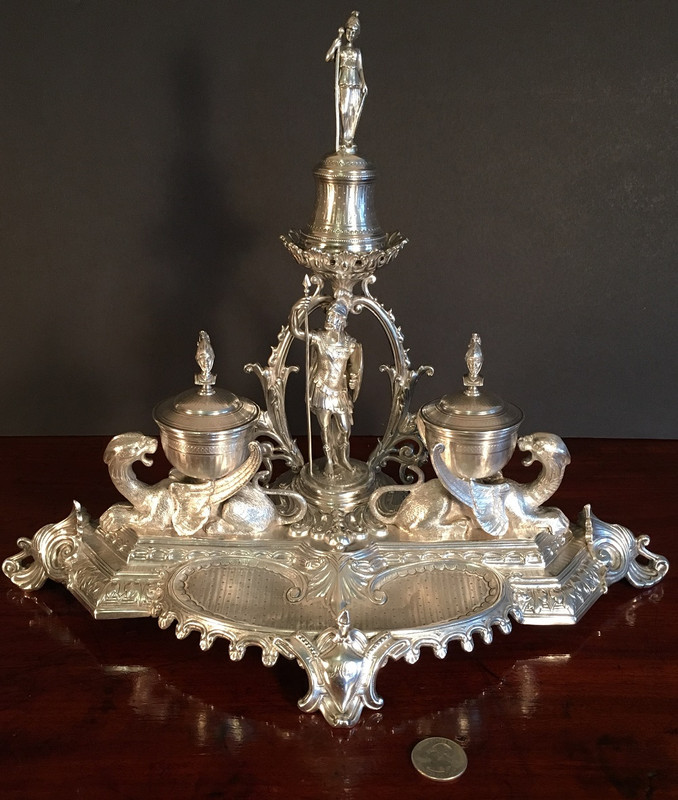 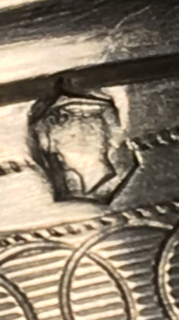 Hello
The maker of your inkstand was a manufacturing jeweller (bijoutier manufacturier) working in Paris. According to the French Ministry of Culture, his initials were J.E. There is no further info about him, either working dates or address. However, accordng to the Mercury head mark, your object was made after 1878, and the style of the inkstand is certainly late 19th century.
This might give you a lead to finding out more about the maker eventually.
Top

Very strange – I think the listing at the patrimony site must have some error, given the incomplete and contradictory information. But I did some hunting and was able to identify the maker “Ferry” as

He is first listed as a manufacturing silversmith in the Paris directory of 1878 at 156 rue Faubourg St. Martin, and a later listing gives that year as the foundation of his manufactory. He sold the company on 1 Nov 1893 to Armand Gross, who the day before had registered a mark - with the same winged wheel - at the Faubourg St. Martin address. (Gross had earlier been on rue du Temple). So JayT is spot-on in the dating: 1878-1893. By 1922, Olier & Caron were advertising that they had acquired the patterns and dies of Ferry and his successor Gross.

I could not find a death record for Ferry, but it was after 15 Jan 1910, when he acknowledged receipt of his medal as Chevalier of the Legion of Honor for his service as Squadron Leader of the Territorial Group of the 13th Artillery Regiment. His service records show that throughout his ownership of the silver manufactory, he was a reserve artilleryman and, after selling his shop in 1893, he served another sixteen years as Captain of the 19th and 12th and Squadron Leader of the 13th Artillery. He was living in Vincennes (in the eastern suburbs of Paris) at the time of the honor, but (as I say) I could not find any death record for him there.