This tea caddy was bought through an internet auction. A well known British auction house sold it as a late 19th Century French silver tea caddy by Maison Odiot, Paris. I was a bit surprised to see the ‘French’ tea caddy is without the strict French hallmarks. I asked the auction house why it was not described as ‘white metal’. The auction house was willing to take the caddy back and offered a refund. However I had the caddy tested and it tested to be silver (minimum .925). The question remains why the silver caddy is without hallmarks or is this Odiot mark a guarantee to be made out of silver? Looking at the Odiot mark is the time frame late 19th century correct? Is it useful to have the caddy checked and marked by the Dutch Assay office? For pictures see link below. 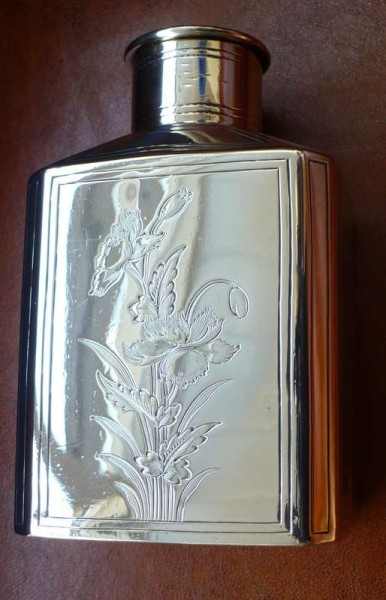 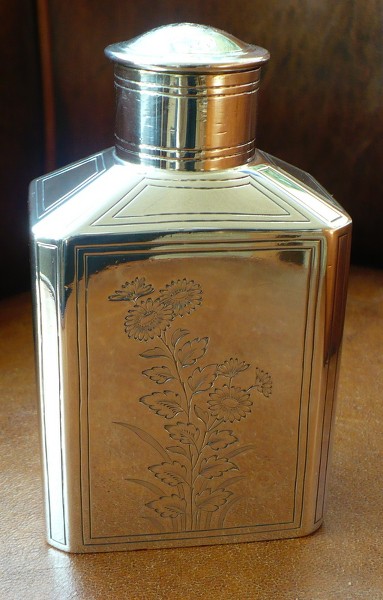 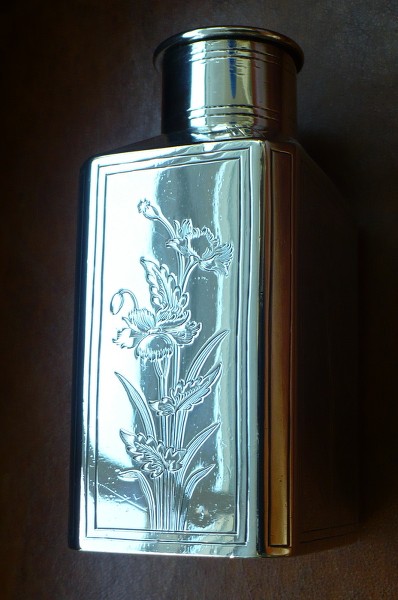 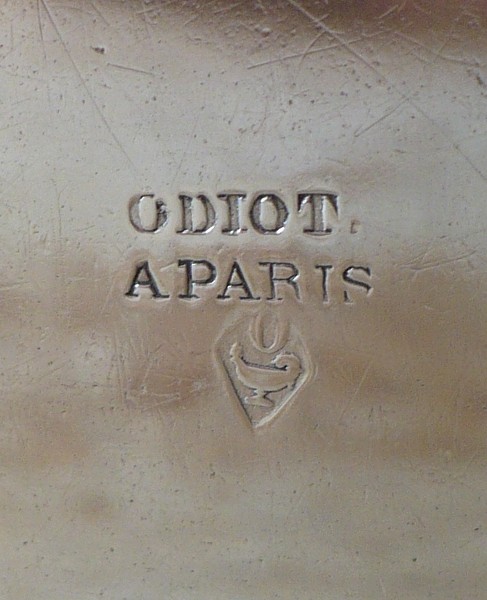 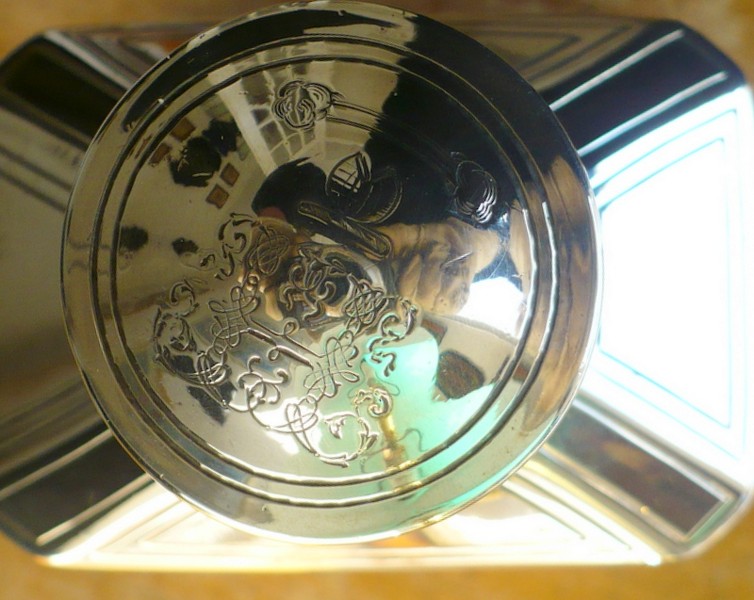 Thanks for your time.

I must say that I am doubtful about the origin of this tea caddy.

Firstly in France, since the 14C, the makers mark alone is not a guarantee of the silver content. Before entering the market every item must be punched by the assay office which is the only body entitled to provide such a guarantee. There have been some exceptions for the silversmiths who where working in small towns, but they were not numerous. So it is very unusual to see french silver without such a mark : at the end of 19C, it is either a Minerva head if the item is for the domestic market or a Mercure head for the export market. Even small items, contrary to a widely spread idea, must bear such a guarantee mark (a weavil or a boar's head) before entering the market. The only example I have seen is a wine taster which had only the silversmith lozenge mark and the word CARDEILHAC, similar to your tea caddy, but the reason for this was well known: this wine taster was made by a member of the staff of this silversmith workshop, who brought it at home for his personal use and thus he was entitled to own it without having paid the duty, and thus without such guarantee mark. When I sold it in an auction house, I had to pay for the swan mark to be struck on the wine taster in order to guarantee the silver content.

Secondly, the hallmarks are strangely worn: the lozenge mark is rather worn whereas the textual mark is not. This textual mark seems to have been struck a long time after the lozenge one, and I cannot see an explanation for this. And also the text "APARIS" is not struck as a French would do : the space between A and PARIS does not appear large enough to me.

Thirdly french production must bear hallmarks on every parts of the item. Thus we would expect to find 2 hallmarks on the body of the tea caddy and 2 on the topper, which is not the case.

Finally, part of the work on this tea caddy seems to be rather rough and not consistent with the reputation of high quality of the Odiot firm : specifically, the vertical lines on the corners of the body are not straight and even as they should be for such a silversmith.

I do not want to disappoint you, but these facts are not in favour of guarantying that this tea caddy is a real Odiot production.

Thank you very much for your vision on the tea caddy. This caddy was part of a lot consisting of two items. The other item was a continental beaker which the auction house described as “indistinctly marked to the base”. The beaker turned out to be a winner, being a fine silver Swedish beaker made in 1764. However if I had decided to have the caddy sent back to the auction house, I had to sent the whole lot back, including the beaker. No way. I obtained the lot for an awesome good price and hallmarking used silver in The Netherlands is not expensive. I do like the ‘roughness’ of the caddy, it shows handmade. Could it be Arts & Crafts period? The caddy is gilded inside and the stopper has a perfect tide fit. Please have a look to the engraved decoration on the topper. Does this decoration mean anything or are they just fantasy.

The faded lozenge mark does resembles “the Odiot oil lamp” used 1825-1894, mark also used from 1956. Could it be a weakly struck Odiot mark? I have asked Odiot in Paris to have a look at the pictures of the caddy. If Odiot comes with a reaction I will let you know.

It is with great pleasure to announce I received feedback from Katia Joski the shop manager of Odiot Paris. She has confirmed that the tea caddy was made by Odiot and is in sterling silver. I thanked Odiot for this great service and have asked Katia Joski is she could explain why this caddy lacks French Essay Office marks. I will forward Katia's feedback to the silver forum.

Herewith the feedback I received from Odiot:

It was probably made for the export. And is made late 19th century.