Can anyone help with this crest?

Can anyone help with this crest?

Just wonder if anyone can identify this particular crest on an English made sterling silver salver? 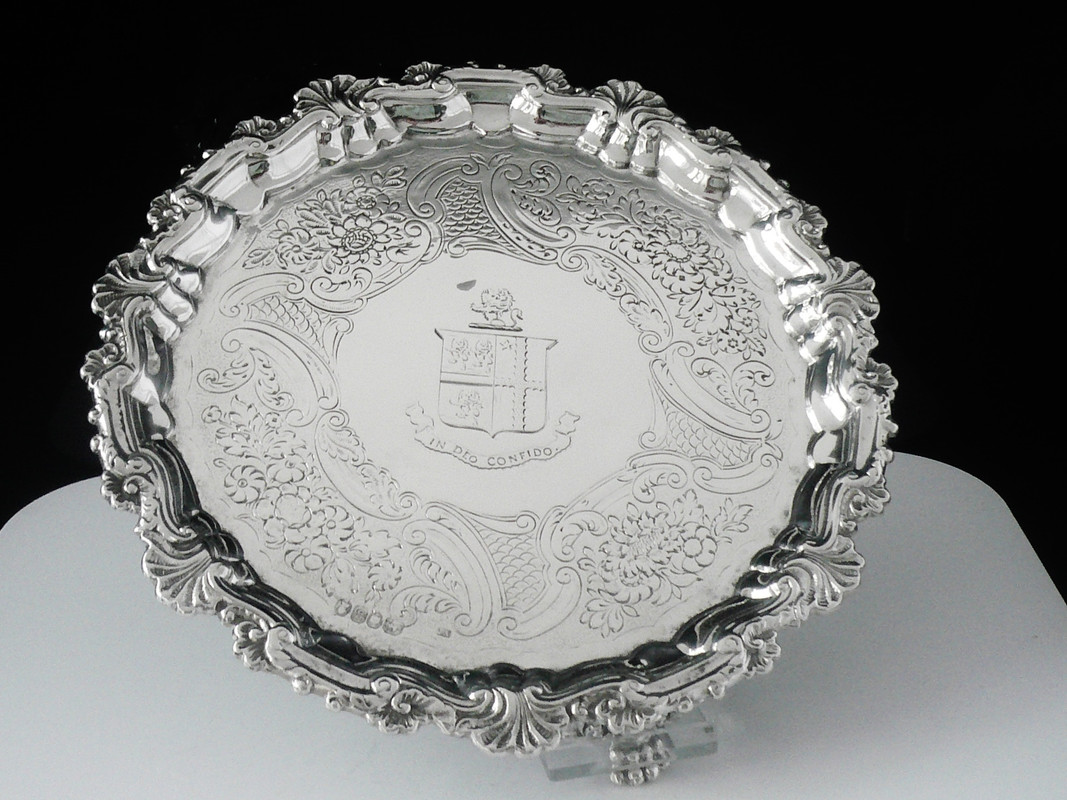 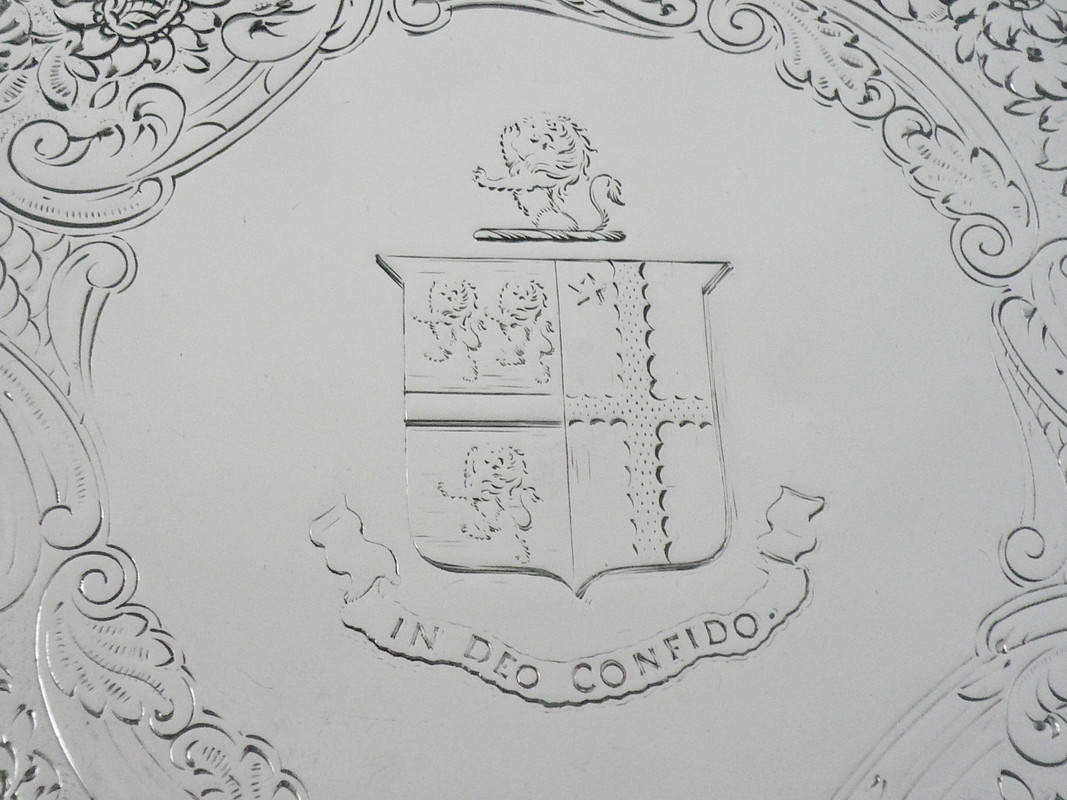 The bad news is, I haven't been able to identify the husband's coat of arms (on the dexter side of the shield; to the viewer's left). It's "a fess between three lions rampant", but there is a full page and half of "fess between three lions" in Papworth's Ordinary of British Armorials, and without knowing the colors of the field, fess, and lions, it is difficult to know to whom this particular coat belongs.

The good news is that I think I have identified the wife's coat of arms (on the sinister side of the shield, to the viewer's right) and the crest and motto.

The wife's arms appear from Papworth to belong to a member of the Payton/Peyton family, Sable a cross engrailed Or in dexter chief a mullet Argent.

The crest and motto, presumably the husband's, are associated per Fairbairn's Crests, Kirkman, A demi-lion rampant argent, In Deo confido (I trust in God).

I have not yet found a Kirkman bearing the arms "a fess between three lions rampant", but based on the crest and motto that seems the most likely candidate.

I hope that this is of at lease some use to you.

Many thanks David, most helpful
Top

If hatching is applied properly [see: https://en.wikipedia.org/wiki/Hatching_(heraldry)] I would say that the field on the husband's coat of arms is azure (blue) as there seem to be horizontal lines. The fess and lions could be argent (silver) because there's no hatching. On the other hand the cross on the wife's coat or arms is clearly hatched as or (gold) but I can only see some faint vertical lines which would indicate gules (red) and not sable (black) but maybe the OP could see if there are any traces of horizontal lines too. But of course it's possible that the engraver wasn't aware of the hatching rules or didn't apply them properly so the colours can't be determined.
Top
Post Reply
4 posts • Page 1 of 1