Could anyone help with identifying this crest, i havent got a clue

In my opinion it is a crude attempt to attribute a piece to that of Napolean Bonaparte, I doubt a piece of this quality would ever have belonged to him, however lets see what others think.

Thanks for your help, i look forward to any info i can get, it does look very worn

I disagree mate, so your saying because its not solid gold it cant belong to Napoleon, looking at that Photo it appears it was once silver gilt, this may never have belonged to Napoleon but just given as a presentation box, it may not be Napoleon I but could be Napoleon III, feel free to chip in with this debate
Top

Are there any marks on the item?

Hi Trev
I have finally cleaned part of the outside of the base. The box has so much dirt and its covered in black sticky stuff thats gone hard its taken a while to clean, the bottom of the box is gold in colour, i have come across these marks to the centre on the outside of the base, the third pic i have turned upside down to see if this will help, i havent got a clue what these marks , maybe someone will know, i havent cleaned the rest yet so there still could be more marks. If i do come across anymore i will post them on here

Just an update i have searched everywhere looking for this mark but to no avail, im keeping my fingers crossed someone can do better than myself with this mystery mark

This is not meant as a definitive answer. The stamped mark is a variation of the fleur-de-lis, possibly customized for a maker's intials (Homer Laughlin did the same thing for their old "Best China" mark). Note that in old French town marks before 1789, only Verdun uses the fleur-de-lis (see here, scroll down): http://www.925-1000.com/Ffrench_townmarks_07.html

That said, all we can tell at this point is the proper orientation of the mark so that it looks like a "Y" in the center. Could it be an older item re-worked? You've got me on that!
Top

Thank you for your input on the mark, at this point any theory is interesting and worth looking at, now you have pointed it out it doe's appear to look like a fleur-de-lis, i am hoping some other marks may appear once cleaned, thanks again for your interesting opinion on the mark

I dont know if this means anything at all, but after reading your description of the mark ( maybe its a Y in the centre of a fleur-de-lis ) i have found something that might just give your theory some credit regarding an older item re-worked, i may be completely off track here but i'm wondering if maybe this is an older box which at a later date has had the Napoleon Cipher added, the only reason im saying this is because this is what i have found.... at the end of the subscription period running from 1674 to 1676, the silversmiths applied for the "décharge" of their works marked with the "charge" mark "Y over a fleur de lys" , this is a stab in the dark at the moment but is interesting 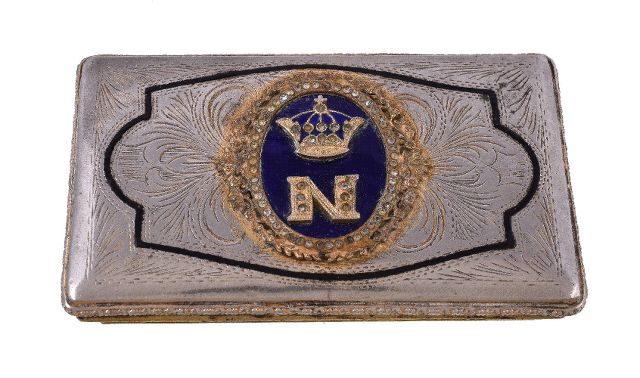 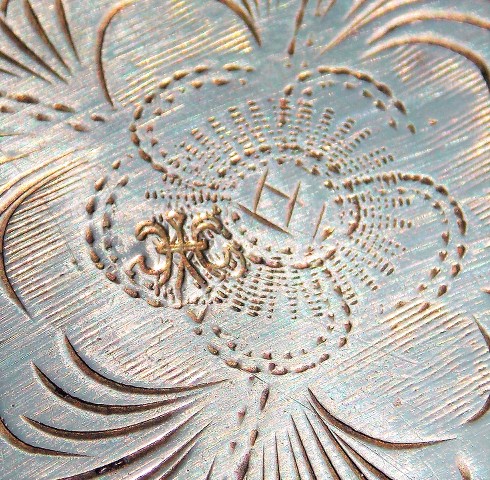 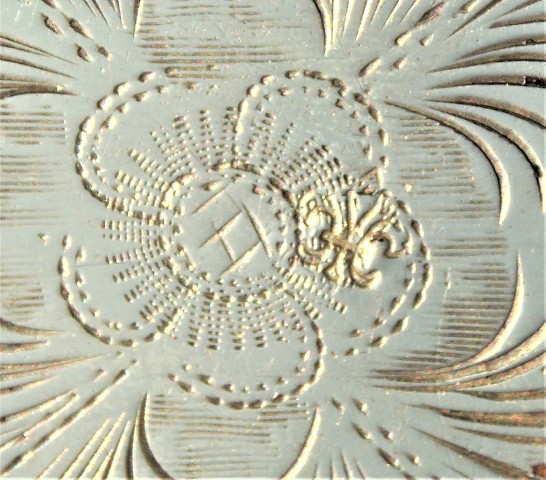 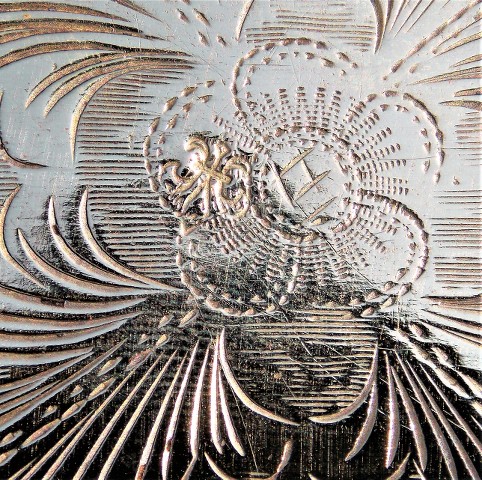 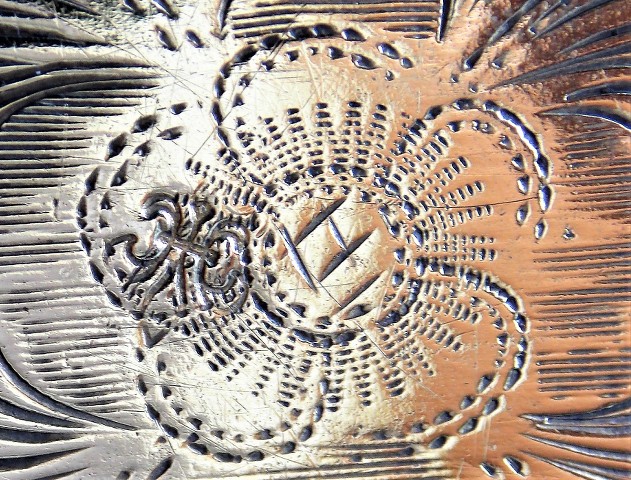 On further reflection, I think the appearance of a "Y" is no more than an accident of the engraving. This is just a fleur-de-lis mark, probably indicating origins at Verdun (why the original center device appears a bit mace-like is up to conjecture). There is no hidden CC or EE in the sides, just another variant of the design.
Now, if this is a relic of Verdun, then re-working may have made strange sense. The loss of Verdun to the invading Prussian forces in 1792 left Paris wide open. With a reversal of fortunes in a major battle, a Republic was declared and the ultimate re-liberation of Verdun would have been a significant milestone for the new French. With the rise of Napoleon, completion of the fortications of Verdun was apparently resumed. For the engraver to strike through a symbol of the old Bourbons while celebrating the new emperor (1804-), may have made this work emblematic of patriotic feelings during a short period of history. I personally don't see a problem with the work for an item that may have been made to celebrate the work going on in the city during that era. Whether it was commissioned by Napoleon's administration to be gifted is best left to expert review. Can you enlighten us on the materials used after you have them evaluated for purity?
Top

I find all this information very interesting and thank you for taking the time to do further research on this mark, the box is being sent for verification on the materials used in the next few days so i will have more on this shortly, i wouldn't know myself and would never assume that the box may have been commissioned by Napoleon's administration to be gifted, as you say it may have been made to celebrate out of patriotic feelings, this i'm sure will come to light in time. I think at the moment trying to get more information on this mark and the materials used is top of my list.
Mandy
Top
Post Reply
14 posts • Page 1 of 1