Currenty causing a stir on a well known auction site:

Hi,
In a word,engraved crowned N does NOT prove it actually belonged to the Emperor.
Besides,where are the marks ?
Regards
Top

It’s not my spoon or anything to do with me but thought it was interesting to discuss as the price for a little gilt silver teaspoon is reflecting that quite a few people think that it’s something special.

I almost feel bad for posting this now, I thought it might be a little interesting........
Top

It is interesting, thanks for posting it. There are many examples of ``royal`` and ``imperial`` provenance.
Top

It is always useful to analyze an object by comparing it to spoons known to have belonged to Napoleon, so thank you for sharing it with us. I haven’t seen the online listing, so don’t know what claims are being made, or by whom. But on the face of it, I believe this spoon is a fake for the following reasons:
-The shape of the bowl is not Empire style. It should be more pointed, and the bowl should be shorter and more narrow. Napoleon always had the most contemporary and stylish objects of his time. This looks like a plain, ordinary 18th C spoon that has been gussied up to pretend like something it isn’t.
-The engraving is crude, and not what one would expect for the Imperial household.
-Double engraving is unusual. I’ve never seen both back and front personalizations.
-The coat of arms is incomplete.
-The marks appear fake: depth of strike, relative size. The maker’s mark is incomplete. Silversmiths to the Imperial household would mark objects very carefully as a point of prestige. Napoleon I’s flatware makers were Naudin, Biennais, and Lorillon. This partial mark doesn’t resemble any of their marks.
-Well-documented flatware belonging to Napoleon exists in various museum collections: Louvre (Puiforcat collection), Montreal Museum of Fine Arts (Weider and Joyal collections), and the Royal Scottish Museum. These collections are all published, and objects in them can be compared to this spoon. See an example of two coffee spoons here
https://www.nms.ac.uk/explore-our-colle ... _id=365324

For a nice overview of Napoleon’s known flatware see the catalogue for a 2003-2004 exhibit at the Louvre:

In summary, I wouldn’t want to find this spoon under my Christmas tree. Happy holidays to all!

A crazy point I'll let the experts mull over. I have a very small vessel or bowl similar to what we call Staffordshire ware. The decoration is green and crude by modern world standards, but just right for the 1800's. No maker marks so I can't place the origins. It has panels or vignettes of Napoleonic scenes and the "N" mark. I can't imagine anyone in England celebrating his victories, but perhaps in France there may have been a nostalgic period for the little tyrant. If an entire related set of china had been made, then perhaps some affianado with cash to burn could have aquired a set of blank/unadorned period silver to have some custom work applied by whomever. That might explain why the engravings look more fresh than the maker marks? And possibly why this is not the kind of work they would expect from the maker. Just someone's insane fun and not necessarily meant to decieve anyone other than dinner guests.
Top

Thanks for the input, I also noticed that the crest was incomplete. As most of these auctions with items that are ambiguous no concrete claim is made but the wording is as close to a claim as is possible without actually implying it. It’s always interesting to get thoughts from people more experienced as it helps to build up knowledge.

Found objects are generally a reversal of the Ballard Method...if it doesn't match the known debris trail, then you're more likely to be looking at the wreck of the S.S. Minnow.
Top

Looks like the sample images are gone, but this might be of interest. I was able to track this retro-Napoleonic china back to the French Sarreguemines pottery. There are different color bases and border areas appearing on plate listings. The green one shown below employs a fill area designed to look antique. All of this seems to date in the general era between 1880 and 1920's. It is neither true porcelain nor vitrified ware, being more of the household semi-vitreous quality. The fact that I have a small drinking vessel (?) [equateable to a saki cup] suggests that there could have been entire dining services available. What's more is that Sarreguemines actually does have an apparent historical link to the little emperor. As crazy as it might seem, it may have been possible for someone with access to a set of 1800's French silver tablewares to have fake crests applied in order to create a set to accompany the available china. All it would take would be one military afficiando or a wealty person tossing a party, and you could suddenly have a service for 12 which ends up with more than 100 pieces of fantasy Napoleonic silver wares, and that may then end up hitting the collector markets. The revolving door could ultimately have broken down the set to "surprise" individual finds that continue to surface over time. The scary part is that there could have been more than one crazy party doing things like this, especially in the roaring 20's decade. If "buyer beware" ever comes into play, this is it! 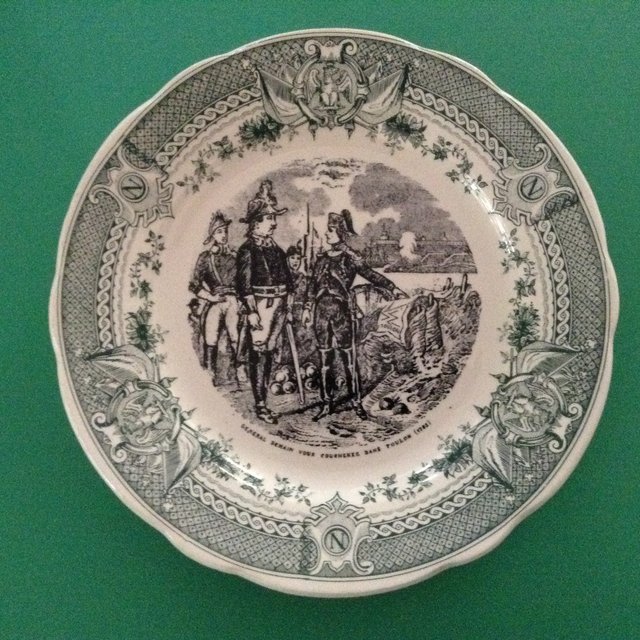 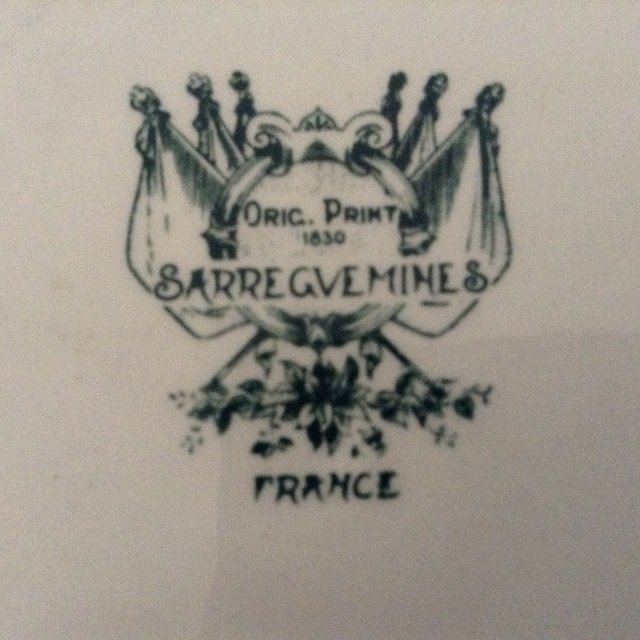 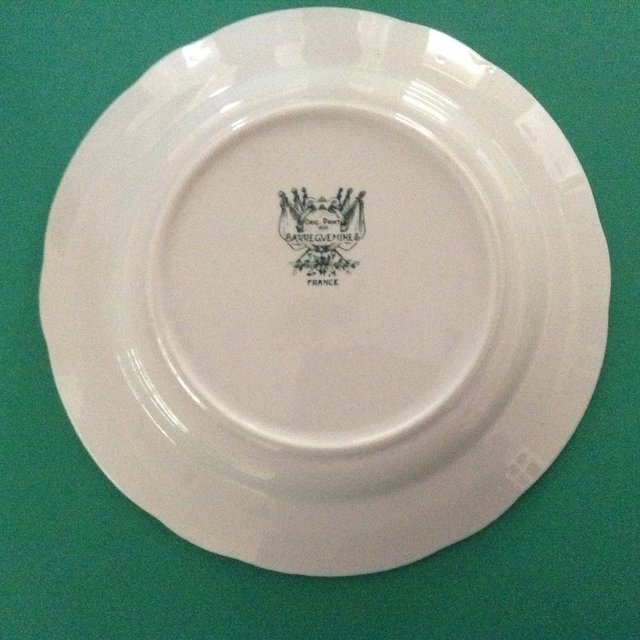