This spoon has some interesting features despite its repaired bowl; it has a lovely drop that reminds me of some French drops, and a great monogram filling up the end of the spoon without feathering, somewhat like some Bermuda pieces. The maker's mark is IP in a square or rectangle, with no pellet between, or perhaps a very light pellet. I doubt anyone has seen another piece with this mark, but perhaps has seen monograms or drops closely aligned with those on this spoon. While I can't rule it out, I think it quite unlikely this is an American piece - though there is enough variety for many outliers. This spoon is fairly light in weight and in that way doesn't align with CES or Indian Colonial pieces, or most Bermuda pieces. Not sure where to start with such common initials and no full name mark - any help would be very much appreciated! 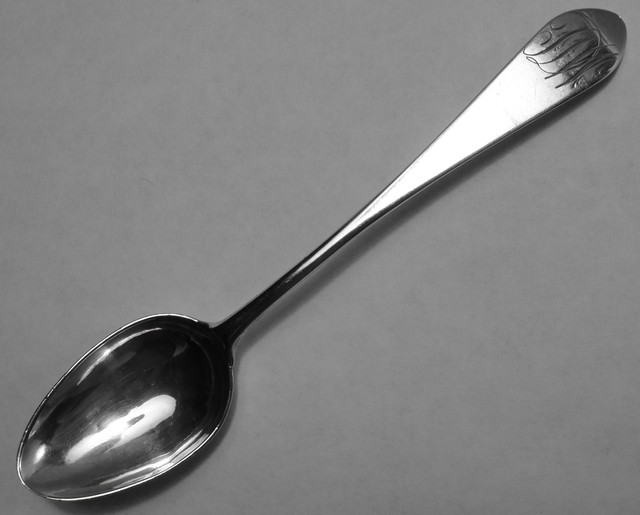 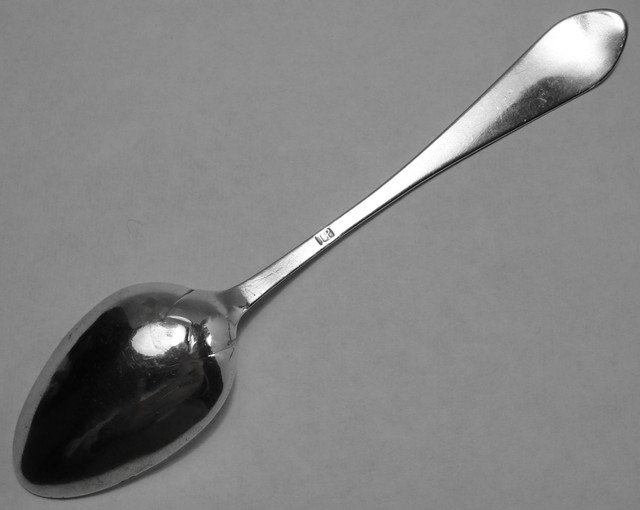 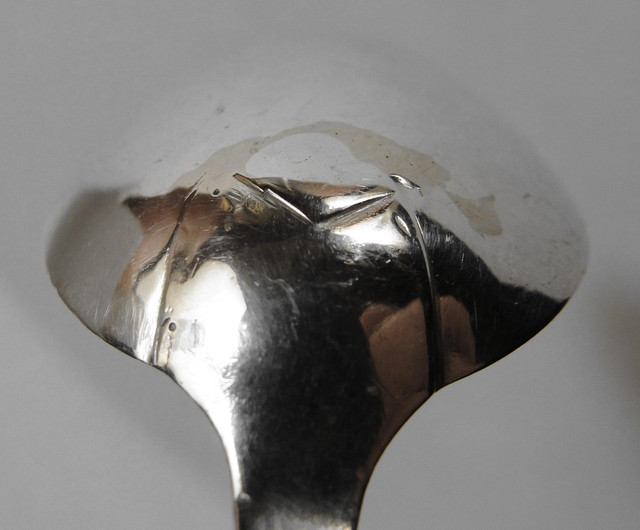 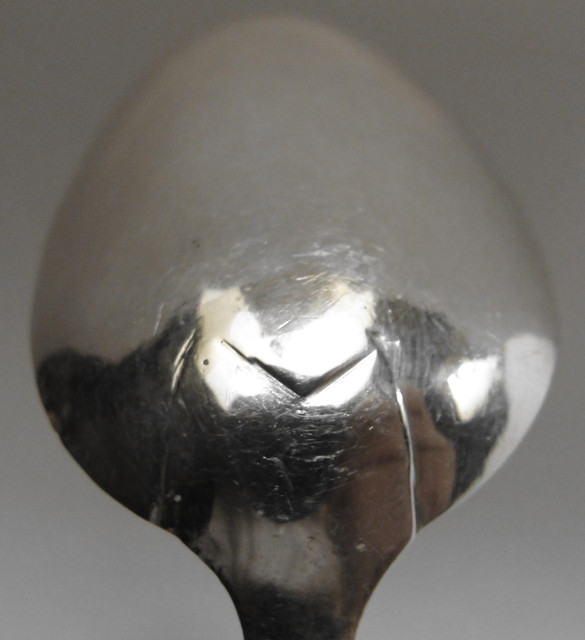 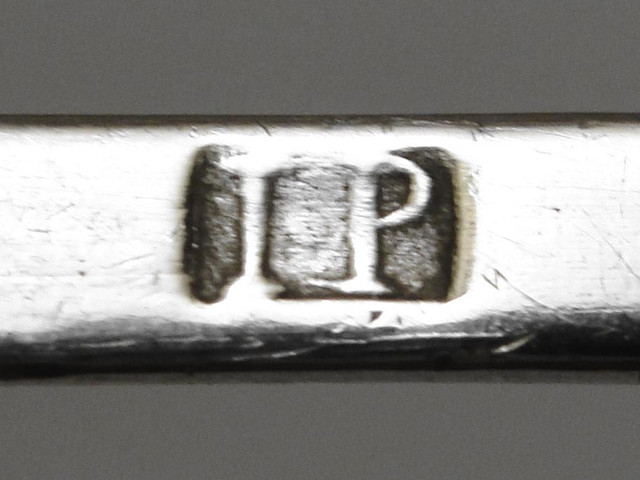 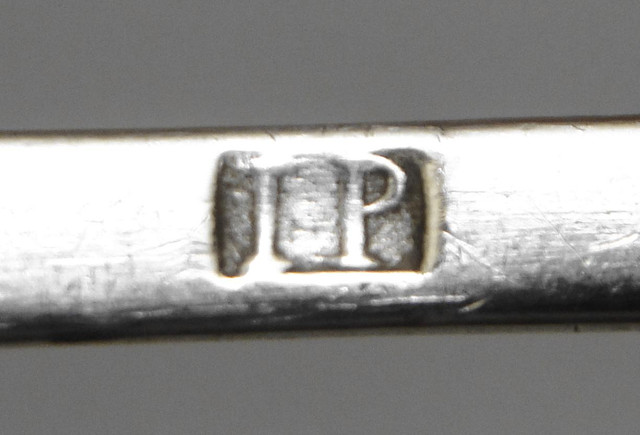 Do you think the spoon is older and could be from the beginning of the 18th century? There is an "Unidentified IP" working at the beginning of the 18th century from the Channel Islands. In this case, make sure the end of the spoon was not designed as a "Queen Anne dog nose spoon" and has been turned by a spoon-turner to make the handle appear more modern. I had a spoon like this at one point in time so I learned about "spoon turning" and how sometimes spoons from circa 1720 could be made to appear more like a spoon from 1790. I believe there is an article about "spoon turning" on this website as well.

I believe Channel Islands has a French influence too, so that could explain the French-style drop. (and also the name John Le Page does sound French) ::

Could be wrong, but sometimes its fun to wander somewhere, even if this theory is totally wrong. ::: A Channel Islands Silver Expert should be consulted. ::
Top

Another IP as well from Channel Islands. :::

I have seen Channel Island Silver Spoons with flat pointy rat-tails where the bowl meets the shaft. :::: Do you think its possible that this was originally a rat-tail (flat & pointy) and a silversmith has altered it to appear more in the style of the 1790s? :::: I have never seen a drop quite like this, I have seen a single triangular drop on French & Switzerland & even Colonial American 18th century spoons, but never a drop like this. ::::

There is a repair to the bowl that goes around/across the drop, but the drop itself seems to be original in form to the making of the piece - it is somewhat similar to some French and similar pieces, though the monogram doesn't come across as French to me. I don't think this is a Channel Islands piece - there is a lot of Channel Islands silver, and nothing like this, or any other examples with this mark. I am guessing either English provincial (perhaps Caribbean) or Continental, e.g. there was a fair amount of Danish small-town silver toward the end of the 18th Century that emulated English forms.

It is also still possible this is American, but just from a smaller maker and more rural area with local styles that developed, but the monogram doesn't strike me as right. Obviously there are certain forms and types of engraving in certain regions (e.g., PA Germanic styles, early 19th Century Maine) that are unique to those times and places.

My only real hope is that someone else has a piece with this mark in their unknowns bin, and we can compare notes to see if the monogram style, heel, etc. are consistent or vary.

The colonial American spoon that I had that had a triangular drop was a clockmaker from Maryland. ::: So it could actually be rural Southern. ::::

The monogram does really seem American, to my eyes at least. ::: But since there were IP makers from the Channel Islands it seemed a good idea to at least talk about the possibility. :::::
Top

There are certainly aspects that are confusing about this piece, so I am not ruling out an American origin, given the wide variety of design features that one sees crop up in isolated areas away from the big cities. Sounds like no one has seen this mark before, so this one will have to go back in the unknowns bin, probably forever.

That Maryland Clockmaker/Silversmith I was trying to think of was Jacob Mohler. :::: That serving spoon had a triangular drop. :::

Never seen a "double-triangle" drop like this ever before :::
Top

They are more common on French provincial, Swiss and similar spoons. This may well fall into that category, but the weigh seems to light, other than maybe for Swiss (which sometimes only has a maker's mark).
Top