These three spoons are the only examples I have ever seen by the partnership of John Whip and John Rose.

Whip and Rose entered their mark at the Sheffield Assay Office in 1822, the same year that these spoons were assayed. (See Jackson's p.449).

John Whip was the son of William Whip a coal merchant and was a former apprentice of the partnership of Hampston, Prince & Cattles of York to which he was indentured for a period of seven years as from the 4th October 1799. He probably continued as a journeyman with H,P & C's as he was not noted as being Free until 1820, and also in this year he is noted as being a 'Silversmith of Coney Street', (York).
He does not appear to have made any submissions to the York Assay Office.

Does anyone have any further information on John Whip or John Rose?

Hello Trev,
The Sheffield Assay Office book shows this mark was registered by Jno. Whip & Jno. Rose from an address in Cross Burges Street Sheffield on 23rd December 1822. Neither is shown to have registered a separate mark at the office.
Regards,
Mike
.
Top

Thanks for posting that information. Cross Burgess Street still exists in Sheffield. So now we know Whip moved to from York to Sheffield sometime 1820/21/22. He is not noted in Baines Directory of York I823.

I was wondering if that tally mark might be the personal mark of John Whip as to me it resembles a coachman's whip, or am I just being fanciful?

Hello again Trev,
There's an entry on http://www.familysearch.org for a John Whip born 1785 and christened 9th October of that year at St. Olave's York.
There's a John Whipp (note the extra "p") aged 55 years on the 1841 census as a farmer at Rimmington, Gisburn, Yorks. No trace of him on the 1851 census so probably deceased by then.
There's not enough information to search for John Rose.
The "Z" on the spoon is, as you say, probably a tally mark but whether for Whip is problematic.
Regards,
Mike
.
Top

That has to be him, the birth date of the 4th October is the same date of the signing of the indenture on his fourteenth birthday in 1799, thus completing his apprenticeship on his twenty-first birthday in 1806.

During the course of his apprenticeship he would have seen the demise of his old Master, John Hampston who died on the 26th January 1805, aged 67, and amongst the more notable of his fellow apprentices would have been, Edward Jackson, Thomas Stead, who was later to become the Assay Master at York 1837-1839, and James Barber.

John Whip's replacement as apprentice would have been John Burrill, who signed indentures just a couple of weeks before Whip's completion, on the 10th September 1806. John Burrill was later to become Assay Master at York for the period 1839-c.1857.

If John Whip continued as journeyman with the company, which it is very likely that he did, he would have witnessed great changes in the next few years. George Cattle died on the 29th September 1807 and a month or so later the remaining partnership of John Prince and Robert Cattle was dissolved. This left the firm in the hands of Robert Cattle, who wasted little time before taking James Barber into partnership with him on the 1st January 1808. Barber, who had not long completed his apprenticeship, was probably from a wealthy family, it was noted that when he was indentured to H,P & C's, that his father had paid the sum of Â£100 to the firm.

The above partnership was to last until 1814 when Robert Cattle departed from the firm and was replaced by William Whitwell who had been an assistant at the firm for several years.

At this point, one can only speculate as to when John Whip left the firm to strike out on his own account, and as to why he left York for Sheffield.

I know this topic is a bit old now but have just come across it. I'm very new to all this but thought I'd post a little something I found...

I've been looking to identify the marks on my great grandad's matchbox (vesta??) and they have identified it as being made in Birmingham, by John Rose c. 1906.

Not much I'm afraid but hopefully this will help you in your search.

Many thanks for posting the information. There could well be a family connection.

Here we have what is very likely to be John Whip's mark on a teaspoon sent to assay by Edward Jackson.

It will be remembered that John Whip and Edward Jackson were fellow apprentices at Hampson, Prince & Cattles. They were both indentured in 1799 and may well have been close friends.

This mark helps fill a gap in John Whip's life. The dateletter 'k' is now thought to have been in use during the period 1821-1823 and John Whip entered his mark, in partnership with John Rose, on the 23rd December 1822. This mark shows that it was likely that prior to his move to Sheffield, John Whip was working as a journeyman to Edward Jackson.


The above image is taken from 'An Illustrated Guide to York Hallmarks 1776-1858 & A Transcript and Index of the York Assay Office Ledger 1805-1821' by Michael Baggott.

The 1820 voting list at York, identifying John Whip as a silversmith of Coney Street. 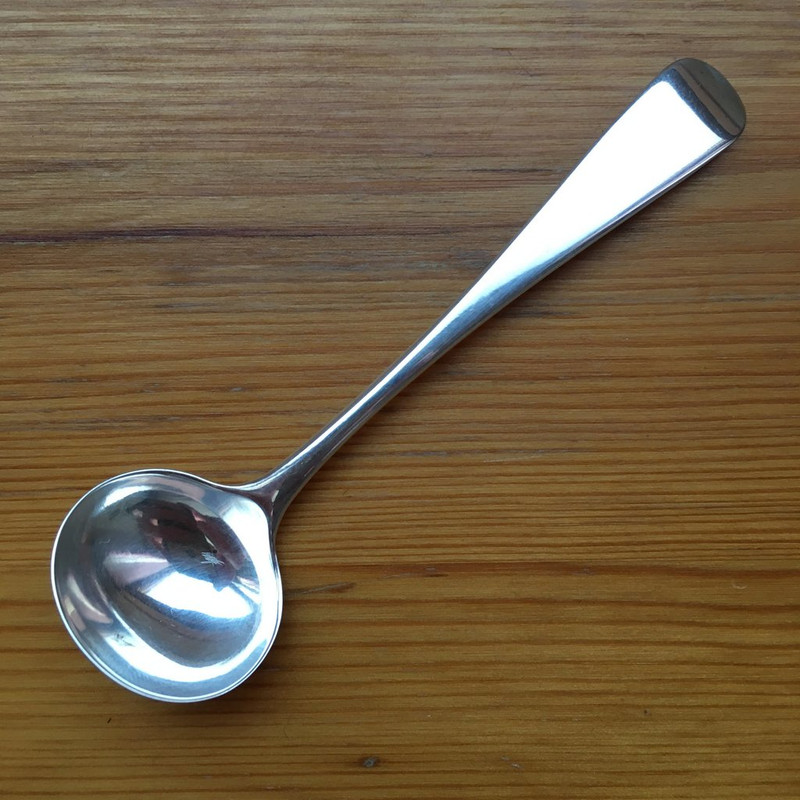 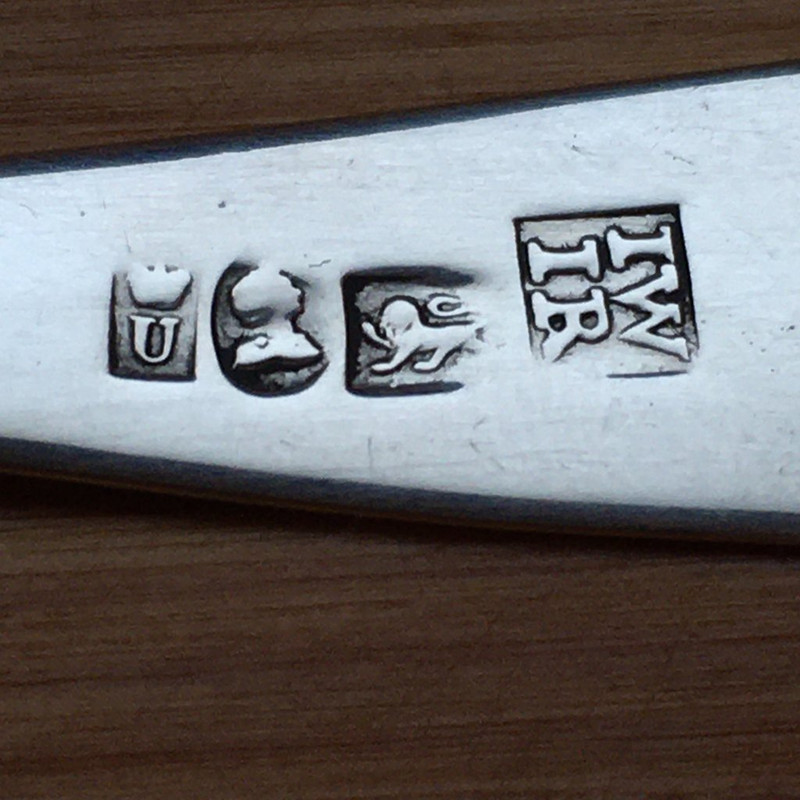 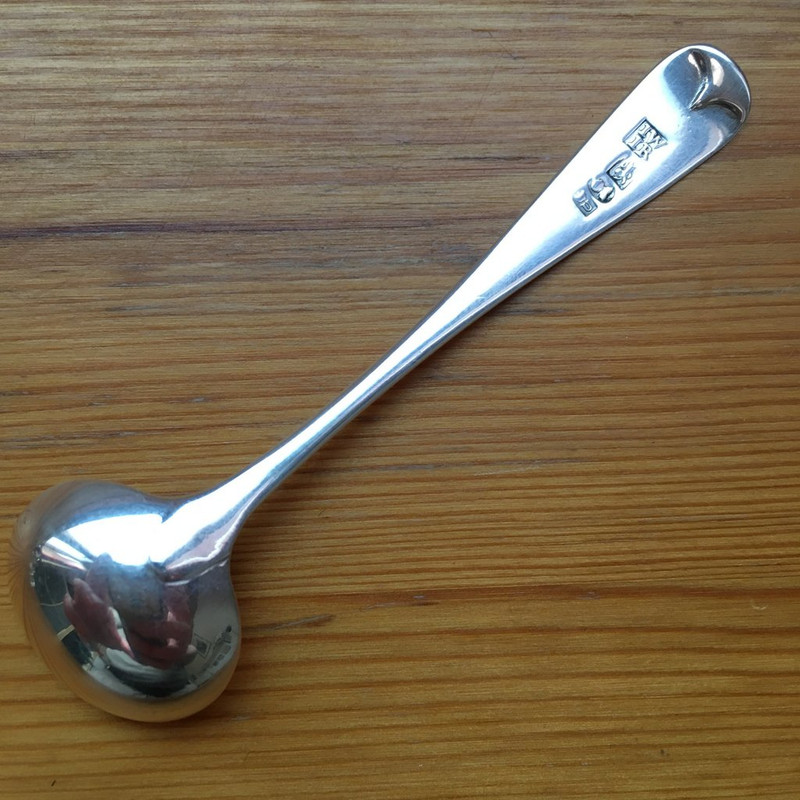 Thanks for sharing this, it's the first one I've seen since I posted the original example.

I'll try and dig out the original images and edit them in.