I recently purchased this silver gilt snuff box at auction. The auction house said it was 18th century. I have tried doing a little research and I think the maker is Theodorus Eekhoff (the initials within the third photo under the crown/coronet are TE and are very much like the ones on this site https://keuren.zilver.nl/te/meestertekens-zilver/ ) but am very confused to the other marks as I can't find a date letter that corresponds to when he was workjing or a mark for Leeuwarden where he worked.

Could someone please help me? 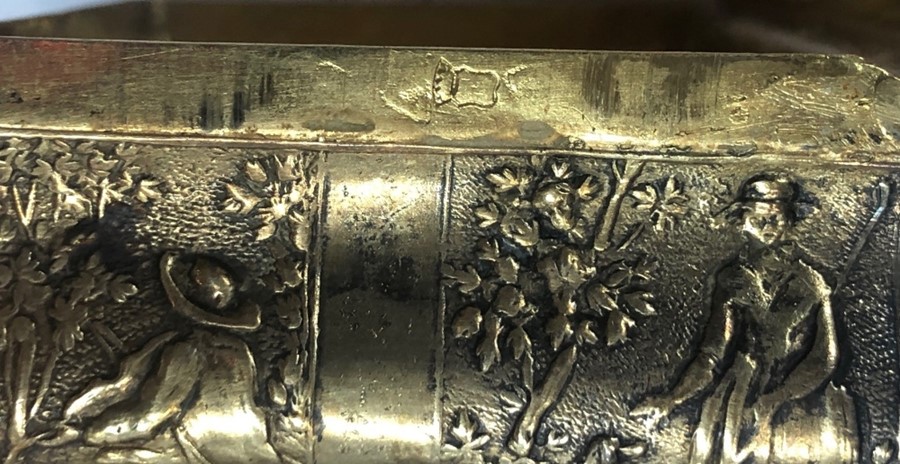 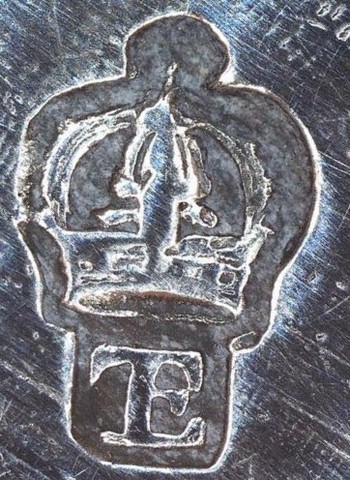 The crowned ET(conjoined) duty mark of the French empire used 1809-1819. ET= étranger=foreign. This mark also used as tax free census mark, without guarantee on the standard of fineness. This mark also occurs rather frequently on objects bearing the older marks of Dutch guilds and the duty marks of the Kingdom of Holland, and the 1807-1812 Kingdom of Holland proper hallmarks.
The town mark, year letter and maker's mark appears to be indistinct/rubbed out. The tobacco box, looking at style and quality could have been made in the city of Schoonhoven, late 18th century.
For an other example made in Schoonhoven see:
https://imageshack.us/a/zKV4/1
For the marks see:
http://www.925-1000.com/forum/viewtopic.php?f=5&t=32028

Thank you so much for getting back to me so quickly and with so much information.

Thank you both for your help. You have been really generous with your knowledge,

Your welcome. Why not show us an image of the complete tobacco box?
Please do. Thanks
Top 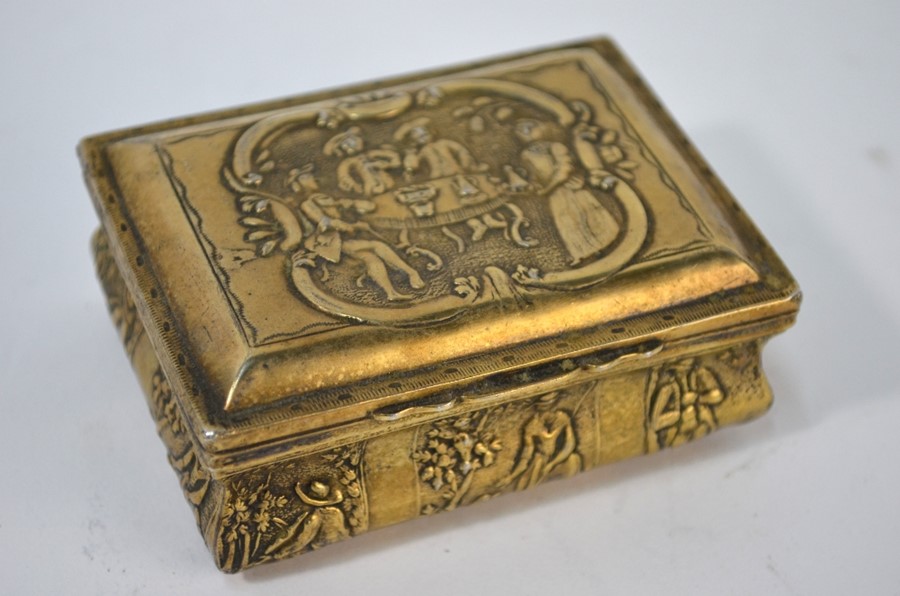 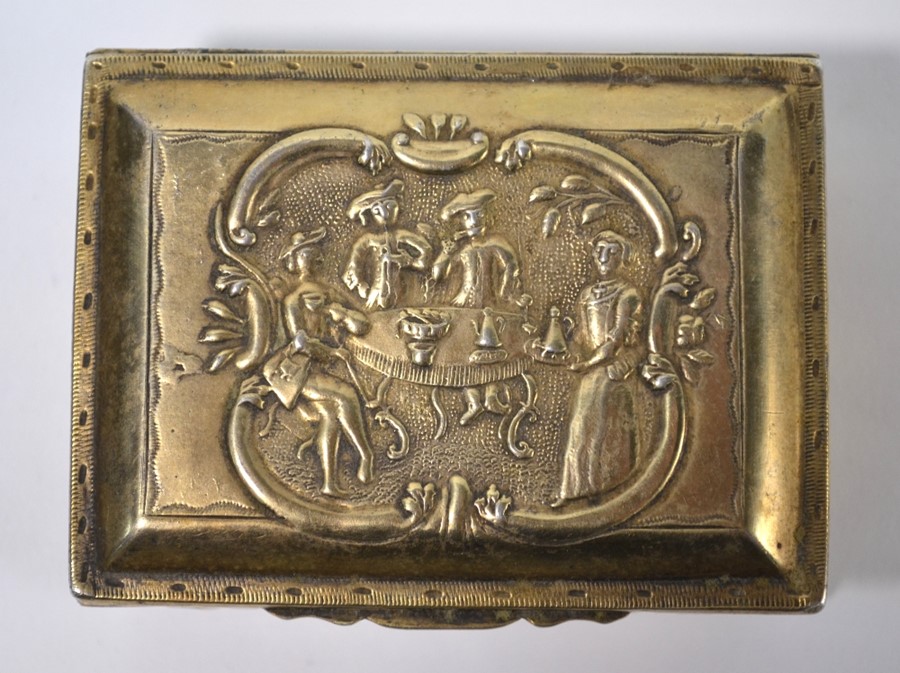 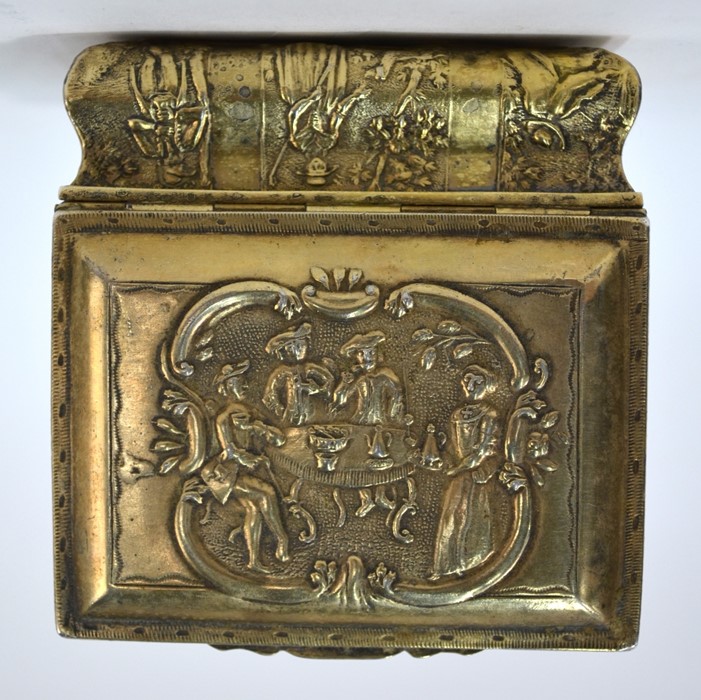 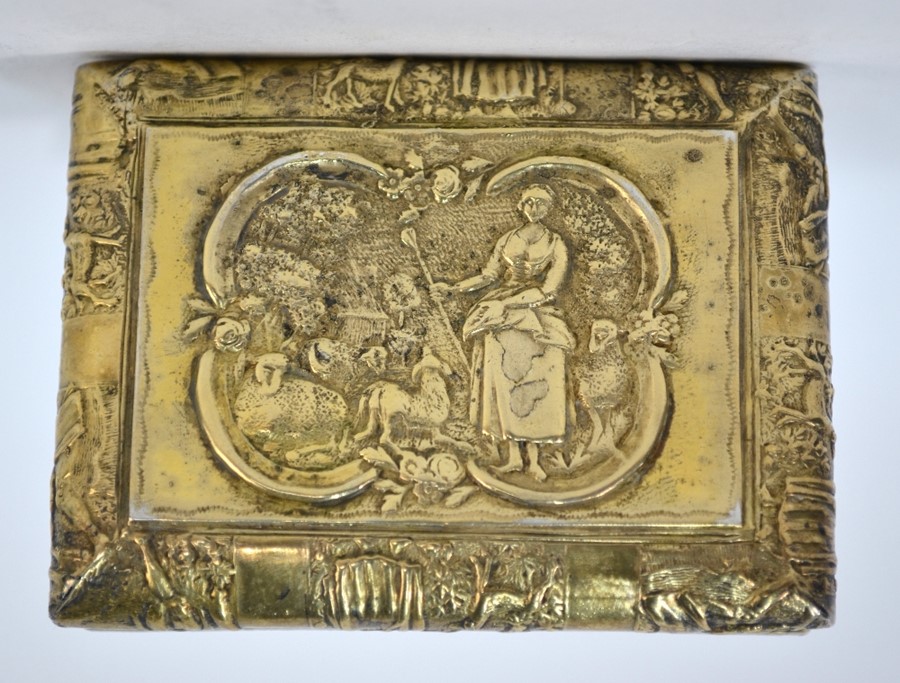 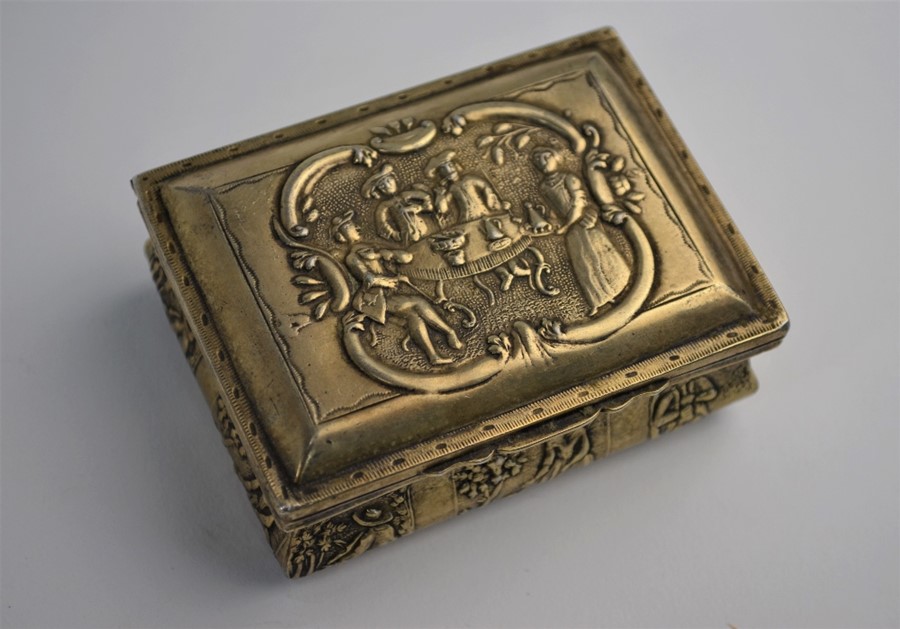 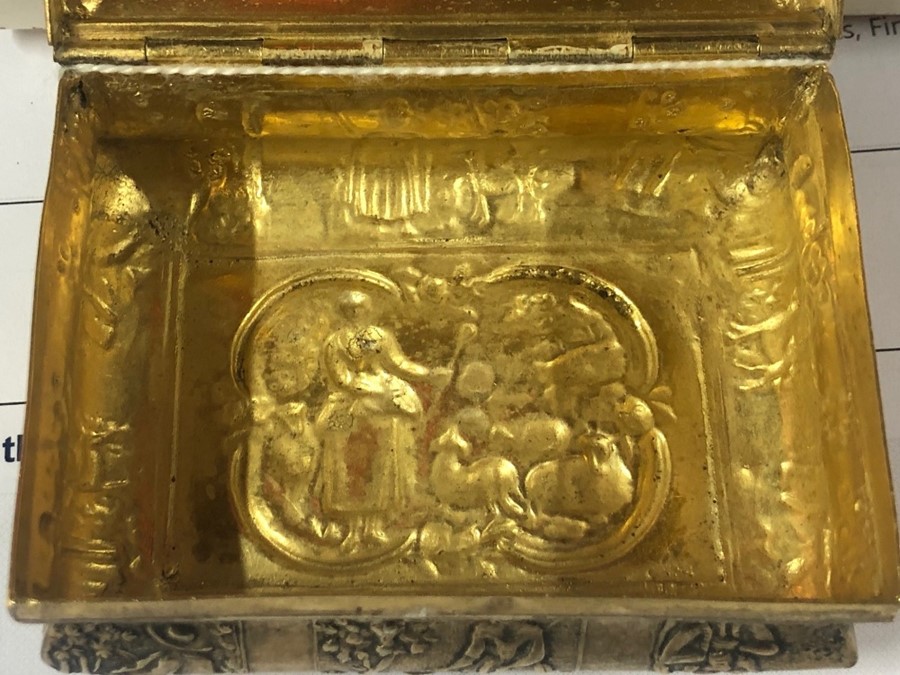 I guess I'll be the foolish sucker who raises the ugly question...Is there any reason to suspect this is a re-casting from an original and how can we be certain it's not? There have been several items I could have raised the query on, so it has nothing in particular related to this specific aquistion...i.e., I'm not casting (pun) doubts on the authenticity of this one box.
Top

These type of boxes were "mass produced " in Schoonhoven during the last quarter 18th and 19th century. Not cast but stamped. A thin sheet of silver is modeled & shaped die-stamped (using drop hammer/drop stamp). In Schoonhoven often the used official punch marks were worn/broken/unclear. The later duty marks are rubbed but recognizable. The original maker's mark, town mark and year letter were punched in the rim of the box only weak traces of these marks are left. The box is authentic and made around the end of the 18th century-turn 19th century.