Marks on Silver-Plated Purse - Most Likely from Holland

Marks on Silver-Plated Purse - Most Likely from Holland

I am an intern at a National Park attempting to identify all our decorative arts. I found these marks on a handbag and wanted to know if you could make sense of them. It appears that it has the marks of Amsterdam and Gouda which does not make sense to me. The family was in Holland (as well as Germany, France, and England) in 1883 and took a few other trips across the pond. The purse appears in a 1892 painting. 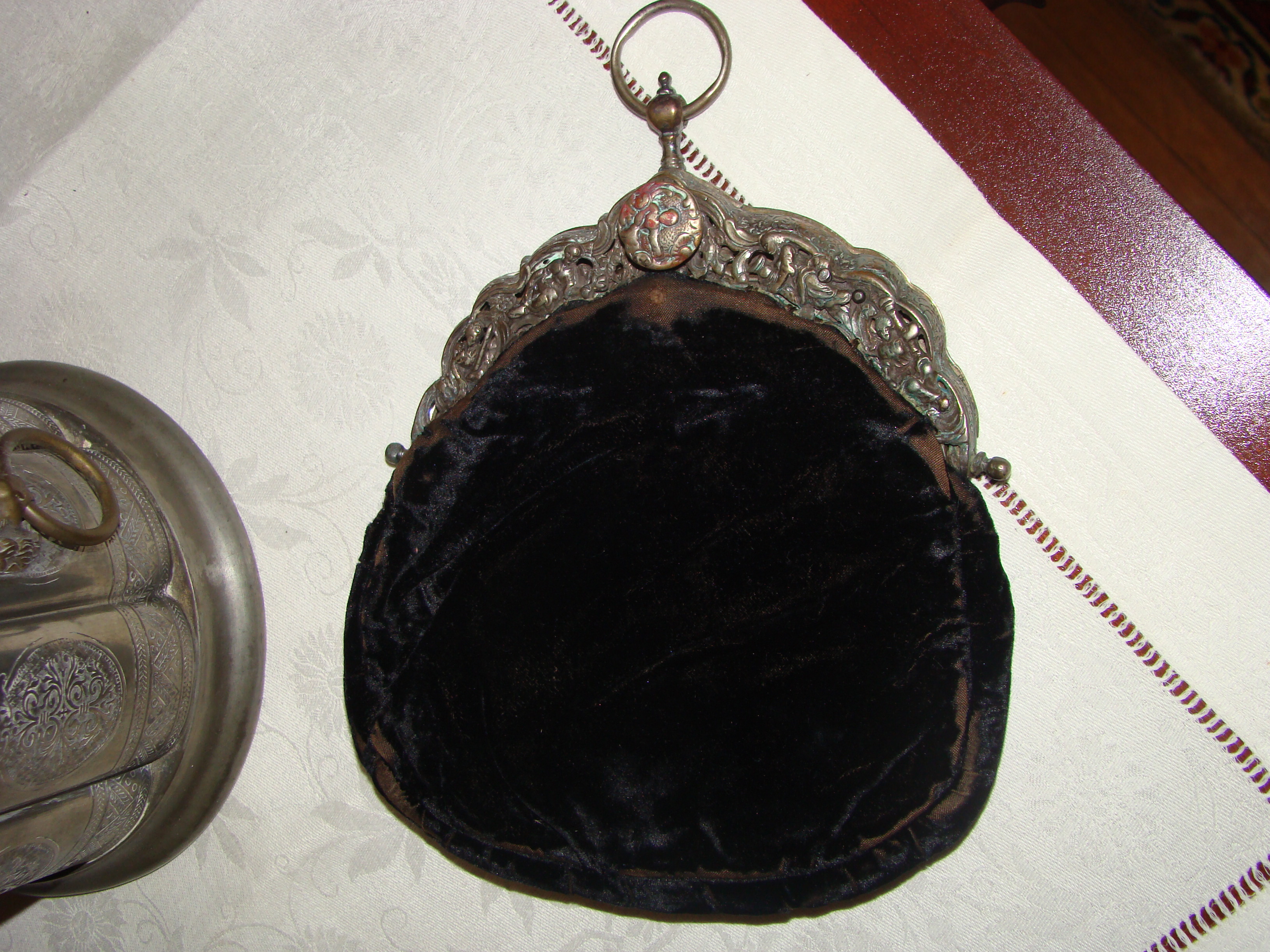 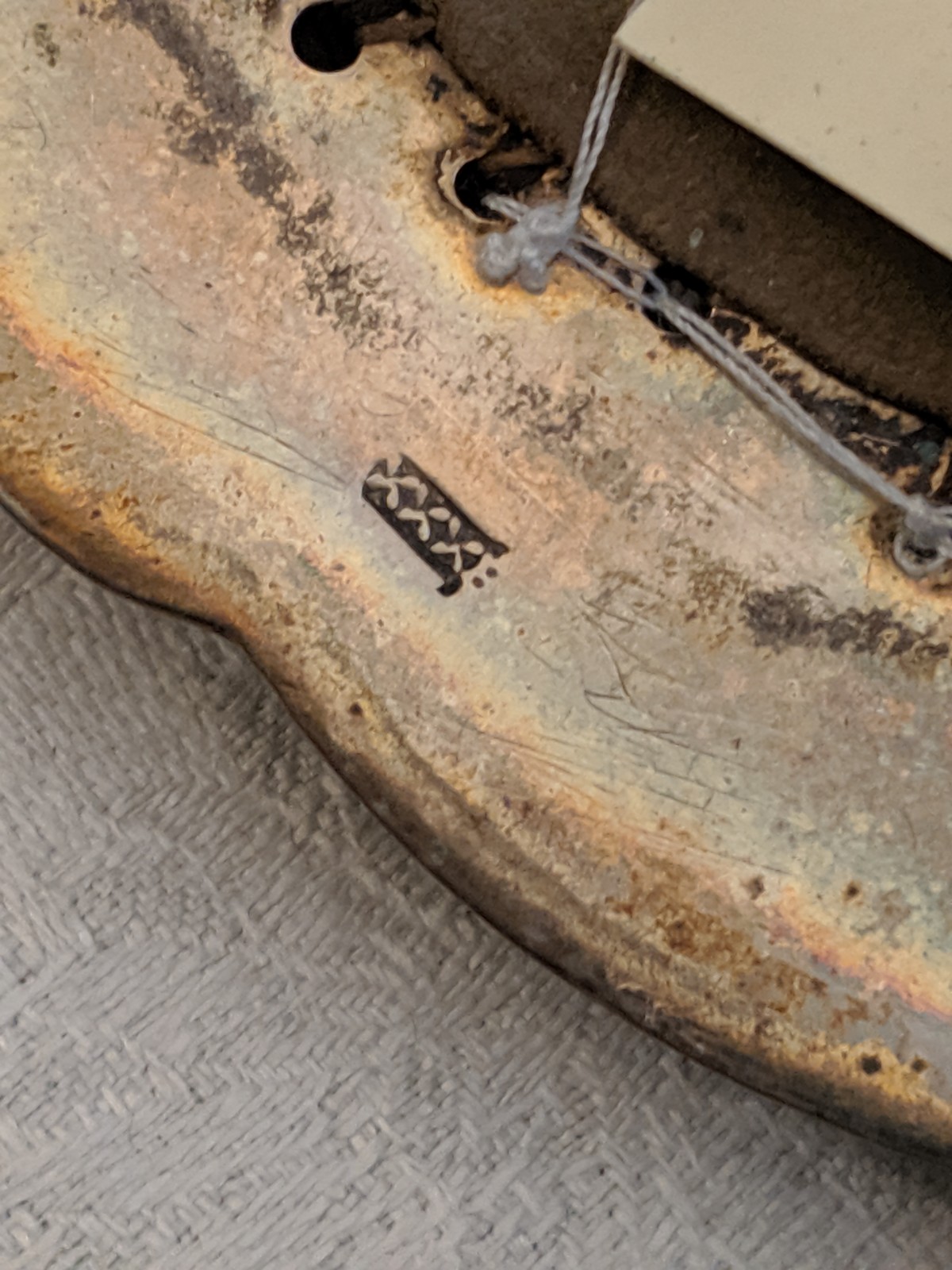 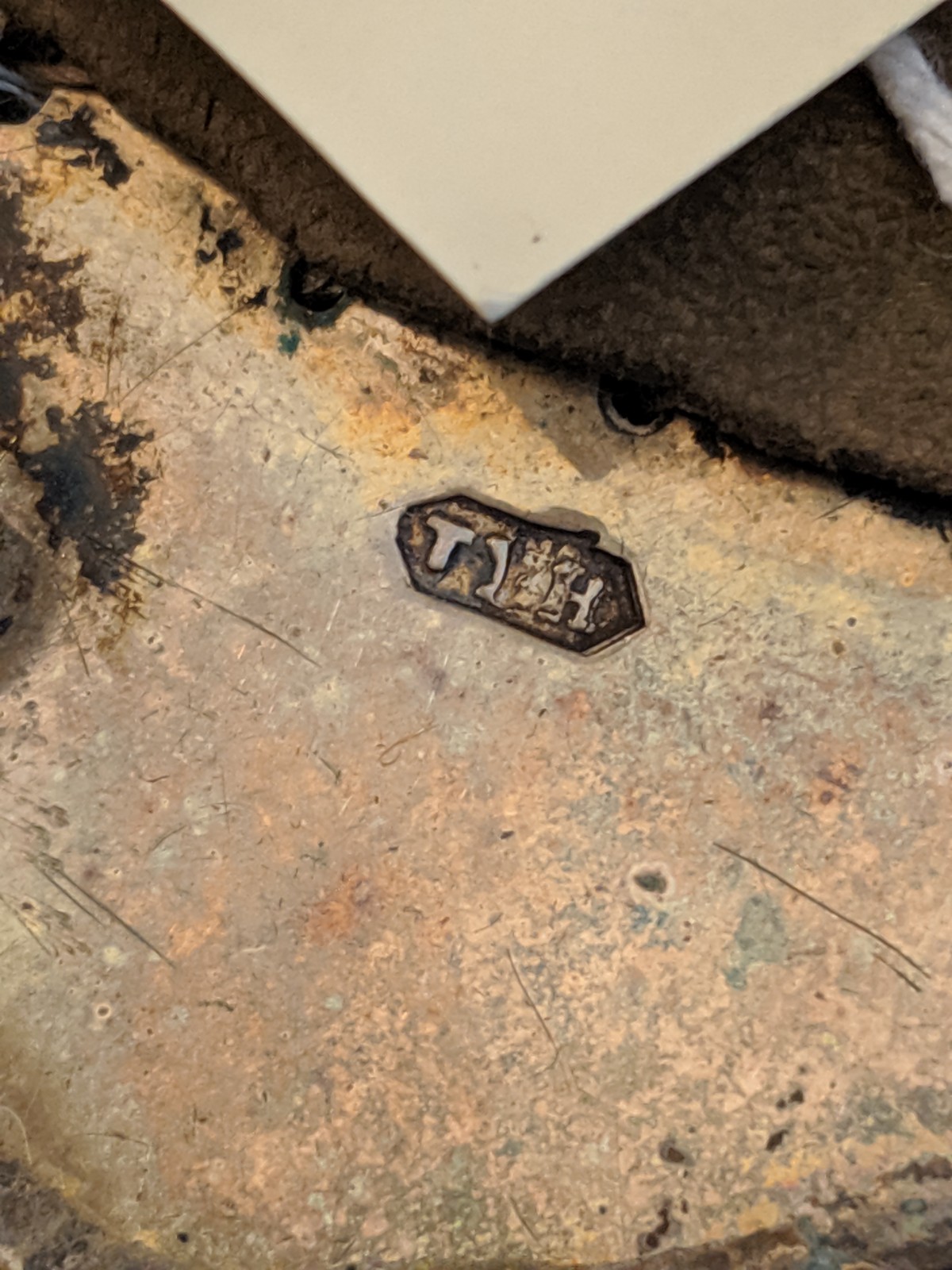 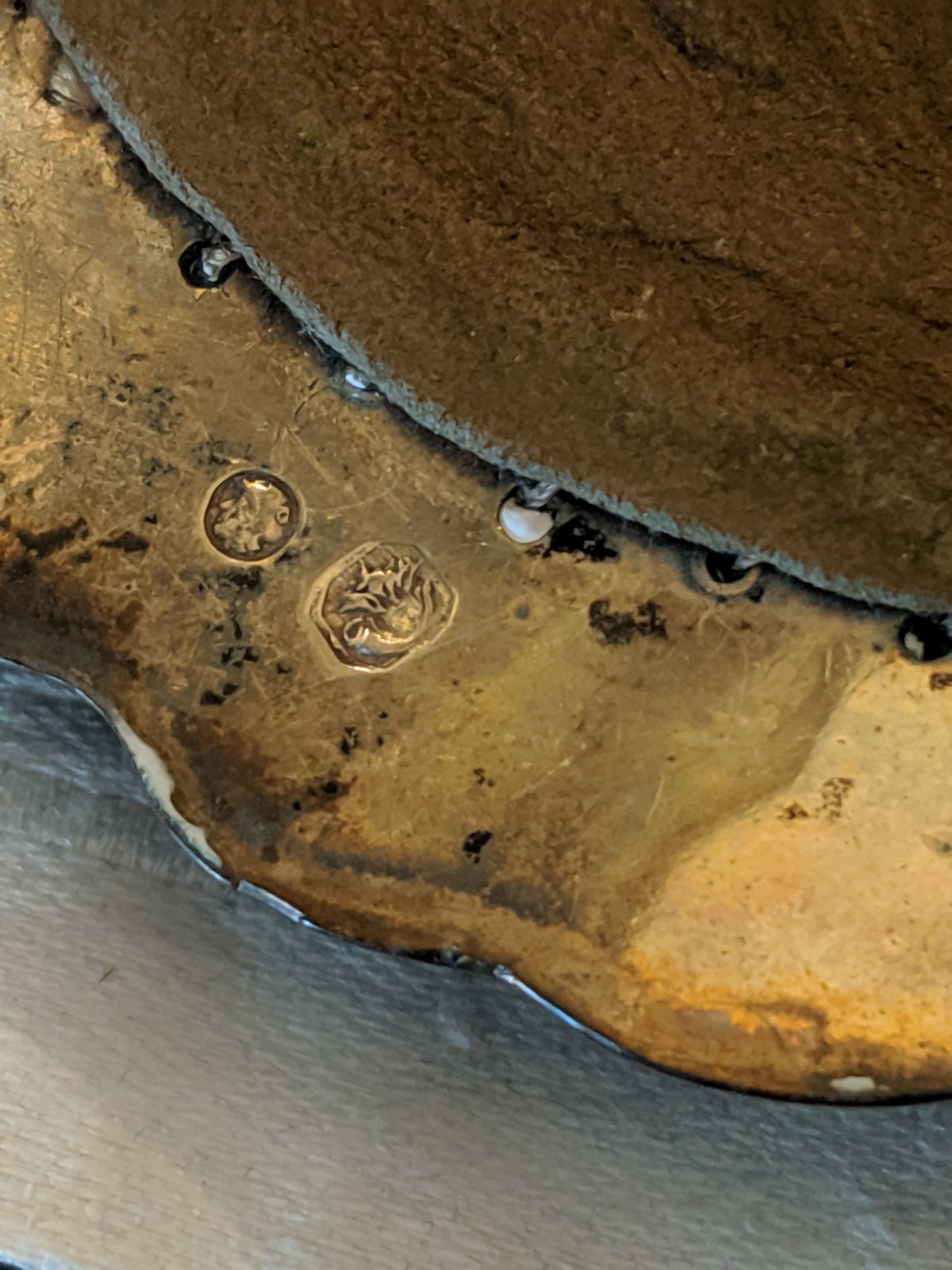 Re: Marks on Silver-Plated Purse - Most Likely from Holland 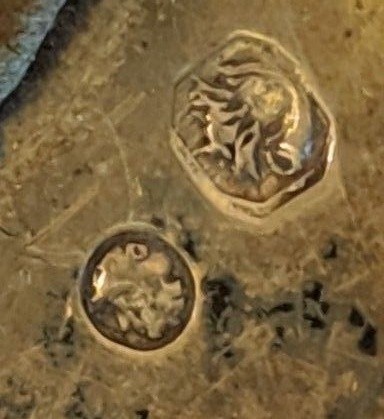 Hi, welcome to the forum. The purse frame is not silver plated but solid silver, made in the 19th century. The mark with the three Andreas crosses is a pseudo mark. Please check the purse frame for other (small) marks. Like the 19th century lion passant or rampant and a year letter. The Minerva head or assay office mark with regional assay office letter P for the city of Alkmaar. The maker's mark is a puzzle because it is mis struck/damaged punch mark or tampered with. The maker's mark could be for Bernardus ten Berge, registered in the city of Alkmaar from 1818 till around 1867. Bernardus used various maker's mark in a rectangle with cut corners; T+B, TXB and T (tilted anchor) B. You mentioned a date of 1892 when the purse appears in a painting. Please try to find the year letter.
For information about Dutch (hall)marks see:
https://www.925-1000.com/forum/viewtopi ... =5&t=32028

In the second half/ late 19th century there was a big demand for old "antique" silver, hand made the traditional way. Not made in a silver factory. However most people in the past, like most of us today have no clue about silver (hall)marks and the silver marks used during the time of the silver guilds (17th-18th century). As long as the silver item and decoration looks old, and the town mark of Amsterdam appears (used by the Amsterdam silver guild till 1807) it was enough to fool most. I believe your purse frame to be made around 1860 in Alkmaar. A little later it has been " pimped" . The lion passant in a hexagon could have been over struck with the "Tulip basket and Horn" another pseudo mark(?). The year letter perhaps "lost" or over struck with the Amsterdam pseudo mark.
For information about pseudo marks see:
https://www.925-1000.com/forum/viewtopi ... 590#p71003
Pseudo marks:
Around 1860 pseudo marks popped up in The Netherlands, provinces North & South Holland, Friesland & Groningen. Pseudo old marks & fantasy marks were used for competitive reasons, the high demand for antique silver at home and abroad,for silver being old & handmade in the traditional way. The import regulations in the UK and US; antique silver could be imported at a lower duty rate compared to modern silver. However the British importers know the silver items are not old and do sell it at such; being curios cabinet items. The silversmiths of Schoonhoven, the traditional exporter of mostly small silver items to the UK & US, used pseudo marks purely for tax reasons.