We were given a beautiful spice jar, and we're trying to find out more about its history. We've identified one of the marks as dutch made for export 1853-1953 mark, but the others are somewhat of a mystery.

Any help would be extremely appreciated! 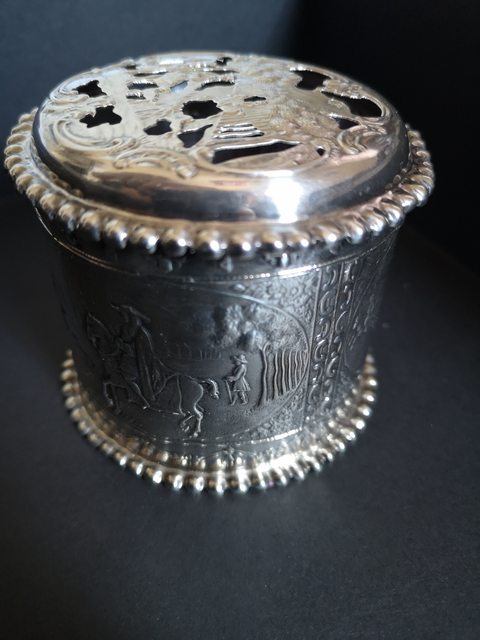 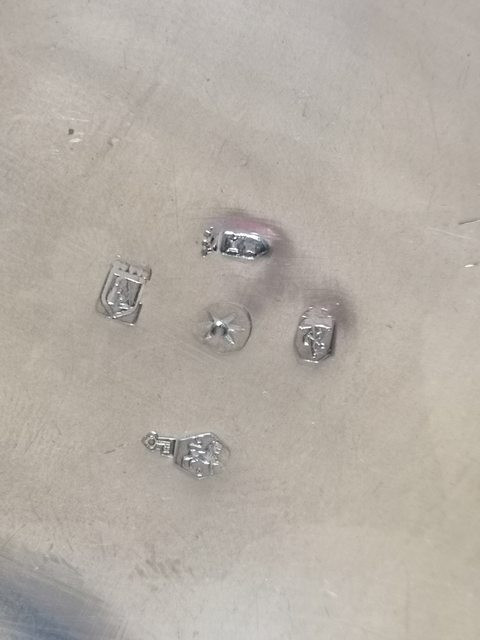 Hi, welcome to the forum. The unknown marks are pseudo marks. The centre point " star" pseudo maker's mark, The sailing ship (upside down) pseudo maker's mark, left of the "star" another pseudo maker's mark and above the "star" pseudo town mark Amsterdam. These pseudo marks were used by silversmiths in Amsterdam, Schoonhoven & Groningen. Indeed Lion passant above 2: standard mark silver .833 fineness (1814-1953) with export key: mark to indicate 2/3 duty restitution upon export valid 1853 till 1953. Please check your spice jar for other little marks which could be spread over the jar. Could it also be a sugar/herb caster or has your caster an extra sieve inside ?
For more information about pseudo marks see:
viewtopic.php?f=5&t=28590#p71003

Hi Peter, thank you for a quick response!
We did indeed find further marks - we identified the first one as a year symbol, 1890 if we're not mistaken? The second one we think is a minerva's head with a key next to it - does this also mean it's for export? The third we think is just an incomprehensible mark left by one of the previous owners/merchants... 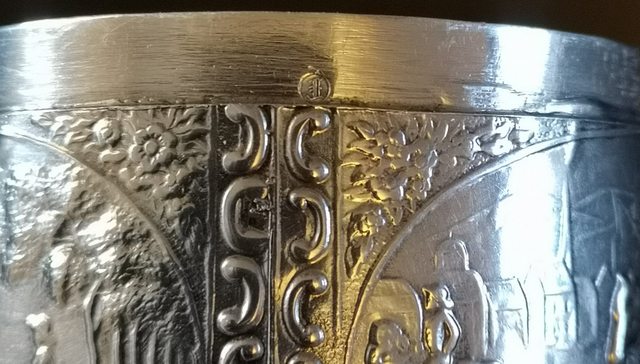 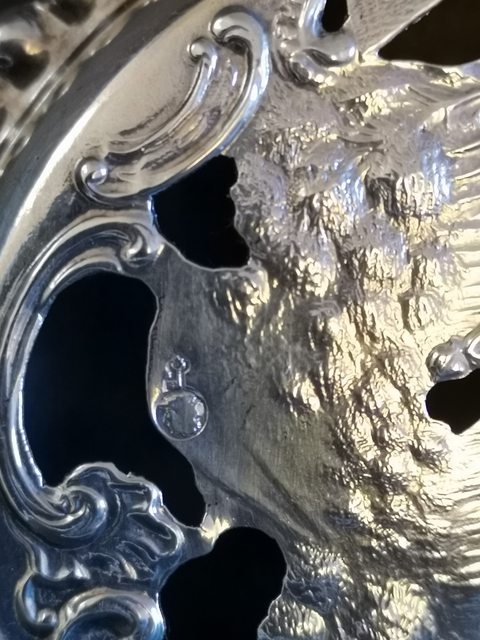 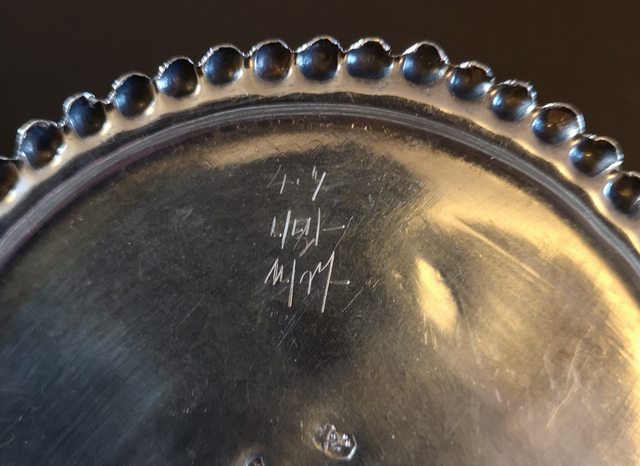 Yes the year letter gothic F for 1890. Not often seen is the second key (import key), attached to the Miverva head or office mark, 2nd key to indicate item imported back to the Netherlands and duty paid. I believe to rekognize the regional assay office letter M in the Minerva's helmet. Letter M for the assay office city of Schoonhoven. The scratch marks made by re-tailer/auction house or owner.
I guess you have not found a maker's mark. The maker's could have been over-struck with a pseudo mark.

We had a close look, but we definitely can't find any more marks - the pseudo marks you identified look like they didn't overlay on another mark - see attached from the inside. What do you think? On a side note, was it common practice to do that? Is there any reason a maker's mark wouldn't be stamped? 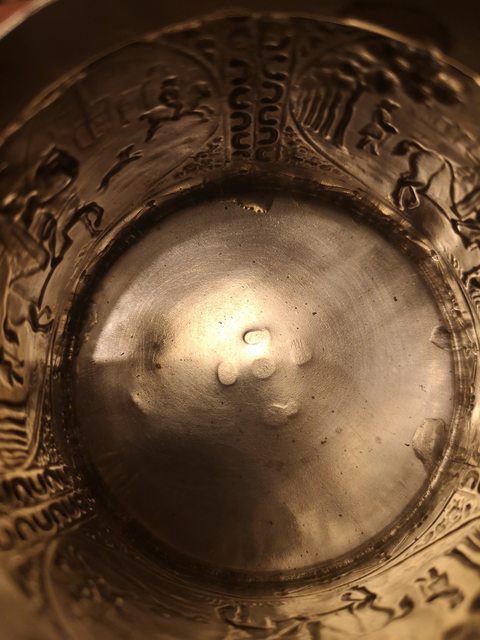 In theory the silversmith is obliged to punch his registered responsibility mark or maker’s mark before the assayer at the Assay office will perform the assay and punch his marks afterwards. Date, names and item description noted in the official Assay Office books.

Schoonhoven Silver City.
In a small city like Schoonhoven end 19th century 40% of the town’s population worked as a silver smith in local silver factories. Big silver factories like Hooijkaas, Niekerk, to mention a few, employed many people in Schoonhoven. Silversmiths were members of the Schoonhoven’s City Council. In the year 1891 1500 kg of silver was used to make “antique “items for export. The factory agents bringing the articles for assay were well known at the assay office. Sometimes a large batch of silver items was brought in for assay. Some of the big silver factories had an assay room at their premises for the official assayer to use. Conclusion no maker’s mark on an item with official (hall) marks is uncommon but not impossible.
I have a box made in Schoonhoven with a row of pseudo marks, Dutch (hall)marks including export key, and a full row of British (hall)marks and importers mark however no Dutch maker's mark present.

Is this the maker's mark? Kind of looks like it but it could be something else. Can you get a clearer picture?
Top
Post Reply
7 posts • Page 1 of 1