I recently purchased this 11cm long silver fork as c.1700. The owner did not know the maker or its origins. The best I can figure based on its style and markings (comparing them to Tardy's drawings) is that it is from the Belgian city of Liege circa 1700 but I am speculating as I have nothing but Tardy's to compare it too. It has enough honest wear to it that I am positive it is not a recently made piece and the seller is reputable. Any help would be appreciated. 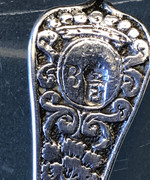 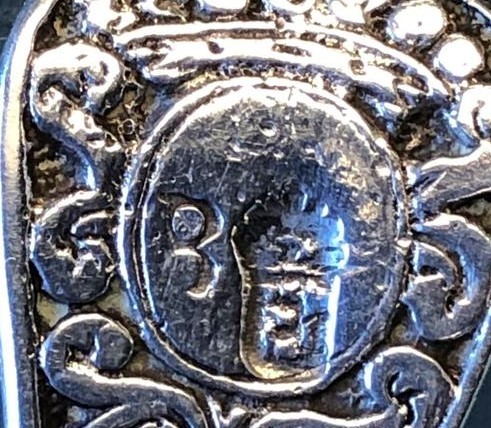 Hi, not Belgian but Dutch. Town mark of Amsterdam 1731-1732, to the left of the town mark you see the maker's mark B (made of two round scoops) for; Cornelis Bormeester, active 1730-1785, born in 1708- died 1785. Maker of small silver work, engraved small forks, signet, wax seal/stamp, became apprentice in 1722. The town mark Amsterdam, for small items,without year letter used 1718-1734. The absence of a year letter is not unusual for small silver items, light in weight, 2nd standard silver and made prior 1735. Below a clear image of Bormeester's maker's mark and {other variation of} the Amsterdam town mark for 1730-1731; 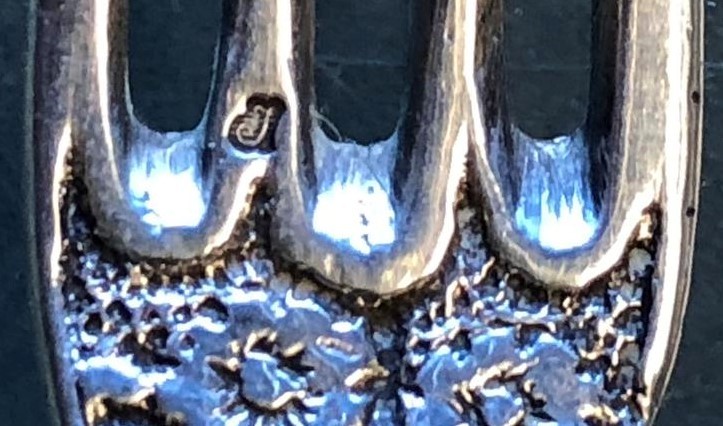 The script-letter I. striped used 1906-1953; Duty mark for unguaranteed standard of fineness new silver objects of national origin. This mark was used on all new Netherlands silver objects below legal standard of fineness, those with non-precious metal additions, and new heavily silver plated objects, as long as the average precious metal content after melting with the base metal was at least 250/1000. It was also struck on rejected objects which had been submitted at lowest legal standard of fineness. In that case the maker had to choose between destruction or unguaranteed marking. This mark was sometimes mistakenly used on old and foreign objects and in 1927 also used on objects of old national origin. Valid from 1906 till 1953.

Thank you Peter! It's wonderful to clear up another mystery.
Top
Post Reply
3 posts • Page 1 of 1