(MODERATOR: I originally posted this in the German section but I have been told it's likely Dutch. Feel free to delete my other post.)

Dear experts on early European silver -- your opinions, please. I bought this unidentified silver spoon on a hunch that it was genuine 17th-century European (German? Dutch? Swiss?) rather than one of the common late 19th- or 20th-century fakes. Now that it's in hand, it seems right. The patina looks good and there’s tip wear/thinning to the left side of the bowl … as happens with a spoon used often over many years by a right-handed person, but not with one that just sat in a collector’s drawer. Years ago I bought what turned out to be a genuine 1630s Swiss apostle spoon (later sold) and the "feel" of this reminds me of that.

Or am I mistaken and this is a much later Hanau or similar spoon? I know that the Dutch fakers could be fiendishly clever.

I haven't been able to ID the hallmarks ... see the pics for details and some possibilities. Suggestions as to its authenticity and origins are very welcome!

(And pardon my not-great photos. My desktop studio isn’t set up right now.)

You can see the tip wear/thinning on the left side of the bowl. Dimensions are 6" long and 1.2 ounces.

It came with the red numbers on it in magic marker (not permanent). I didn't polish yet, so as not to lose contrast on the marks.

Third mark: 3 over Q in an incuse shield

I've been told elsewhere that this is possibly Groningen 1669/70. Real or fake?
Top

Yes, could be Groningen, third alphabet (3) Q for 1669/70. The dolphin in a triangle is a later tax mark, used November 1893-1 Januari 1906.
The maker's mark could be mentioned in my books about Groningen. However at the moment till next week no access to my library .For the Dolpin tax mark see:

I found several references online to a Groningen silversmith named Bastiaen Dentick, working 1669-1696. The initials match ... could he be my man?

Unfortunately I can find no photo of his mark online, but it's apparently in Citroen, Karel, "Dutch goldsmiths' and silversmiths' marks and names prior to 1812: a descriptive and critical repertory," Leiden: Primavera Pers (1993).
Top

Yes BD conjoined is mentioned in Citroen's book Dutch Goldsmiths' and Silversmiths' Marks and Names prior to 1812 for: Bastiaen Dentinck registered in Groningen 1669-1696.

Thank you so much, Peter. The spoon looks genuine to you from its style, construction, patina?
Top

Yes my first impression, looking at your images, is positive however you have the spoon in hand and it is best to judge for yourself.
Next week I might be able to show you an image of the maker's mark of Bastiaen Dentick wiith a little more information. 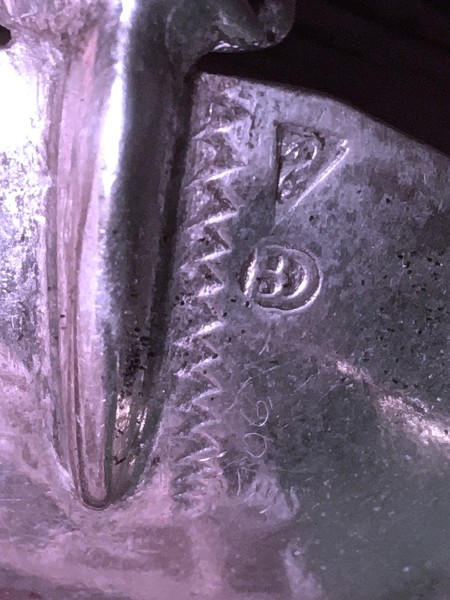 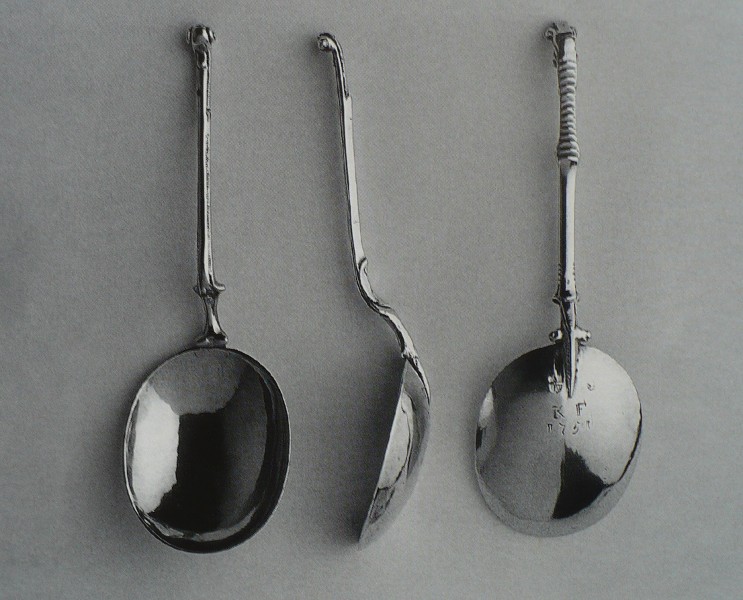 Some spoons made in Groningen 17th century 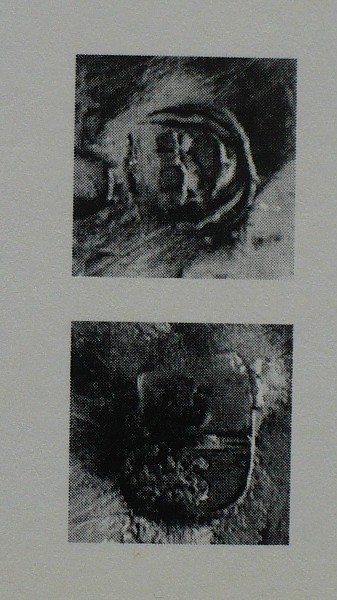 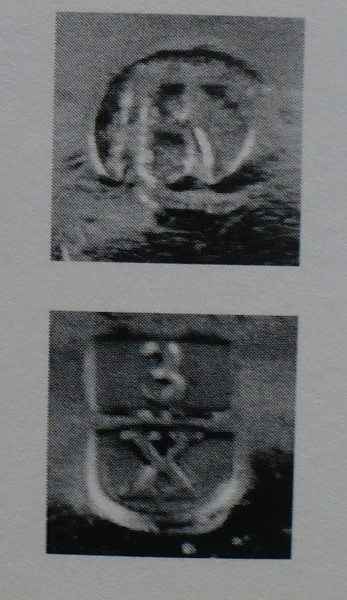 Peter, I can't thank you enough. It certainly appears that my spoon is all correct. This makes it the earliest piece in my collection. I'm glad to be learning about 17th-century spoons and about Dutch silver. I'm so grateful to you for sharing your expertise and your silver library.

I've just posted another possibly early spoon that originates from the same collection but might be more challenging to identify.
Top

There is no reason to have any doubts about the genuineness of this spoon. It is a piece of work by Bastiaen Dentinck, master's mark BD, from the first year of his activity as a certified master in the Groningen guild of silversmiths. He started in 1669 and apparently died in 1696. Probably he had his house and working place in the Swanestraat, "street of the Swan", right in the center of Groningen. This is still of the most beautiful streets of this city. Besides his work as a silversmith, he also had a job as a barkeeper at the service of the Merchants Guild, again in the Swanestraat, a few steps or so from his own place. See https://groninganus.wordpress.com/2009/ ... r-kooplui/ for details. The number of pieces by BD still existing is quite small, as far as we know; one of these is a huge brandy bowl (30 cm including the ears) of the traditional Groningen type, made in 4B = 1679/1680, which I know very well.
Top

Hi Peter de Reijke, welcome to the forum. Thank you very much for the confirmation and the extra information. Much appreciated.
Best,