I have a large bowled spoon with a cast handle, St. Matthew with tax collector money bag, I believe. Bowl is monogrammed "HCB." There is a hallmark on the back of the bowl near the stem and an inscription "1691." The hallmark is unclear with a corresponding bigorne mark on the obverse. If anyone can recognise the hallmark or can give us anymore information from what we can share would be awesome. This spoon tests silver. (Photo #2 is the hallmark at different angles.) 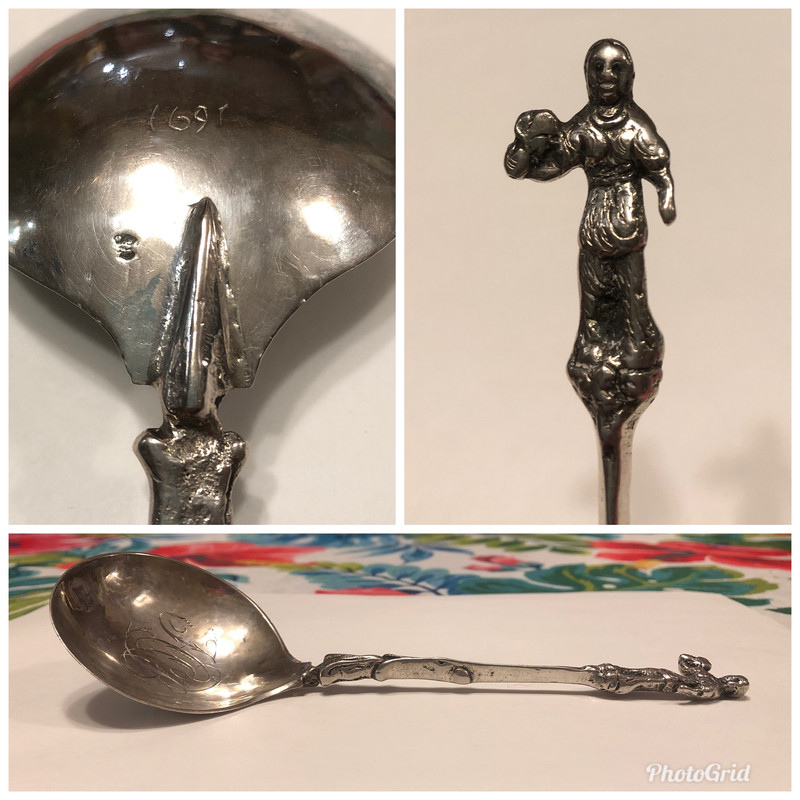 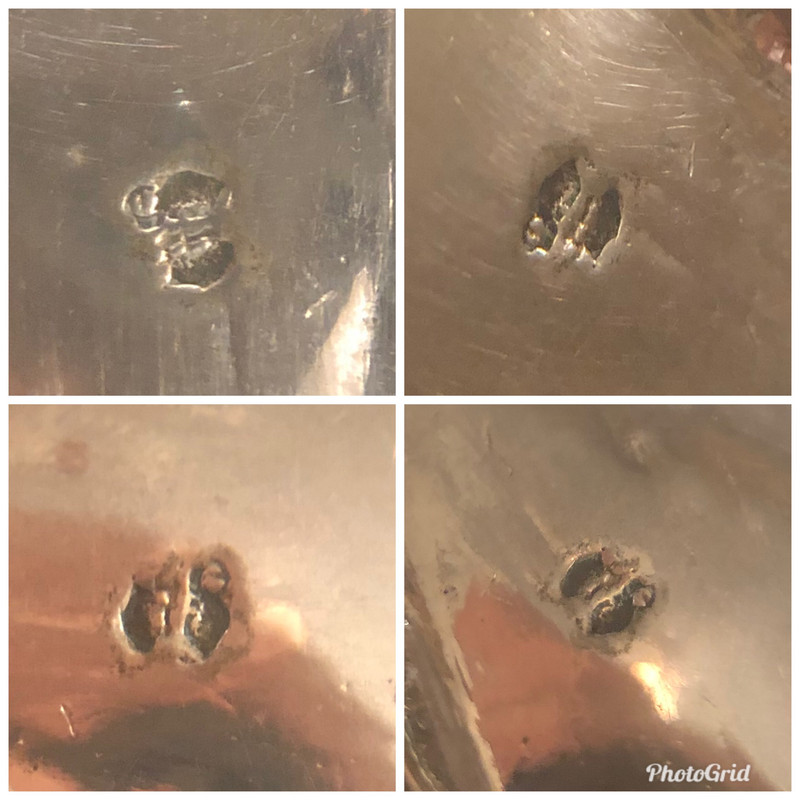 At the same time, we also obtained a figural spoon with angel. This spoon is gold washed and tests silver. It has hallmark-style script on the edge of the bowl and rat-tail. No other hallmarks found. Any insight would be appreciated. Thank you. 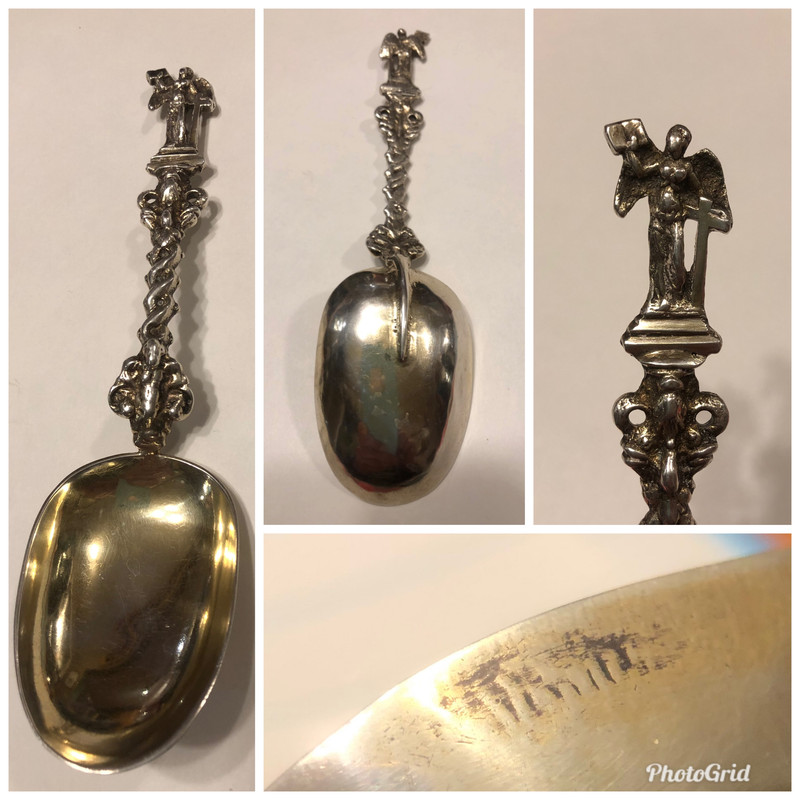 Your first spoon with the finial of the apostle St. Matthew does not appear to be well- modelled. The overall construction, the attachment of the rat-tail to the bowl and stem of the spoon looks poor. I believe it to be made around the end 19th –early 20th century. The poorly engraved date of 1691 and the mark are pseudo. The “spoon” pretends to be much older as it appears to be and perhaps not even Dutch.
St. Matthew also known as Levi, Son of Alphaeus, Matthew lived at Capernaum on Lake Gennesaret, where he worked as a tax collector. He preached mainly in Palestine and perhaps in Ethiopia. He was the author of the first Gospel, written in Aramaic, mainly for his compatriots of Jerusalem. He departed Palestine sometime before its destruction by the Romans in 70AD, and it is uncertain if he was martyred or died naturally. His feast day is the 21st of September. He is patron saint of bookkeepers, accountants, security forces and tax collectors. The spoon shows him holding a tax collector moneybag (?)

The second spoon, the finial Allegory of (Catholic) Faith. The spoon a little better constructed however, the details of the finial look poor. The gilding perhaps done at a later stage; otherwise, I cannot explain the faded inscription. Again, the spoon pretends to look much older than it appears to be and I believe it to be made early 20th century or later. My opinion emphatically based on your images.

I know where you got that first spoon, At least you didn't pay too much for it.
Top

Hi Peter. Thank you for your insight. I appreciate learning more about these mysteries even if they aren’t as old as they pretend to be.
Kind regards.
Top

Hi legrandmogol. The seller didn’t know anything about these spoons and I wanted to learn more about them. I got the second spoon as a gift with the first one. It was a good research project.
Kind regards.
Top
Post Reply
5 posts • Page 1 of 1