Ik have a Dutch gelegenheidslepel. I can not figger out where the spoon is made. I think North-Holland. I can read a Yearletter M in a cilcle, The Lion for North-Holland, the Makersmark I think is R.V.S. Can not find any infromation about him. The citymark is not clear for me.

Hopefully somebody can tell me more about this dutch spoon. 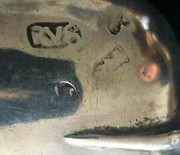 Can you vaguely see the town mark of Amsterdam ? The lion rampant in a crowned shield 1st standard mark Province of Holland silver 934/000 fine. In the 18th century there was no province of North Holland. 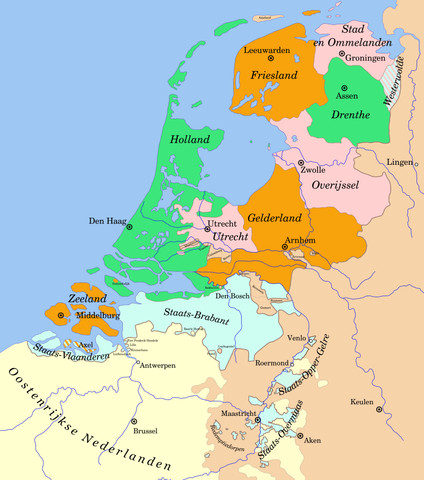 The United Provinces of the Netherlands, or simply United Provinces (officially the Republic of the Seven United Netherlands), and commonly referred to historiographically as the Dutch Republic, was a federal republic formally established from the formal creation of a federal state in 1581 by several Dutch provinces—seceded from Spanish rule—until the Batavian Revolution of 1795. It was a predecessor state of the Netherlands and the first fully independent Dutch nation state.
The republic was a confederation of seven provinces, which had their own governments and were very independent, and a number of so-called Generality Lands. The latter were governed directly by the States General, the federal government. The States General were seated in The Hague and consisted of representatives of each of the seven provinces. The provinces of the republic were, in official feudal order:

Duchy of Guelders
County of Holland
County of Zeeland
Lordship of Utrecht
Lordship of Overijssel
Lordship of Frisia
Lordship of Groningen
There was an eighth province, the County of Drenthe, but this area was so poor that it was exempt from paying federal taxes, and as a consequence, it was denied representation in the States General. Each province was governed by the Provincial States, the main executive official (though not the official head of state) was a raadspensionaris. In times of war, the stadtholder, who commanded the army, would have more power than the raadspensionaris.

In theory, the stadtholders were freely appointed by and subordinate to the states of each province. However, in practice the princes of Orange of the House of Orange-Nassau, beginning with William the Silent, were always chosen as stadtholders of most of the provinces. Zeeland and usually Utrecht had the same stadtholder as Holland. There was a constant power struggle between the Orangists, who supported the stad 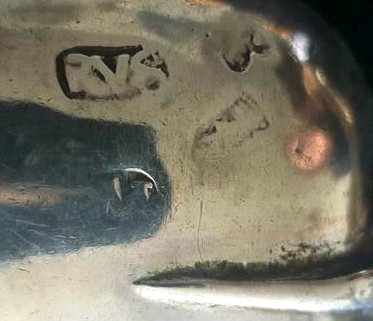 Thanks you very much for your information Peter.
Top
Post Reply
3 posts • Page 1 of 1