I present to you a Birmingham English sterling silver cigarette case. 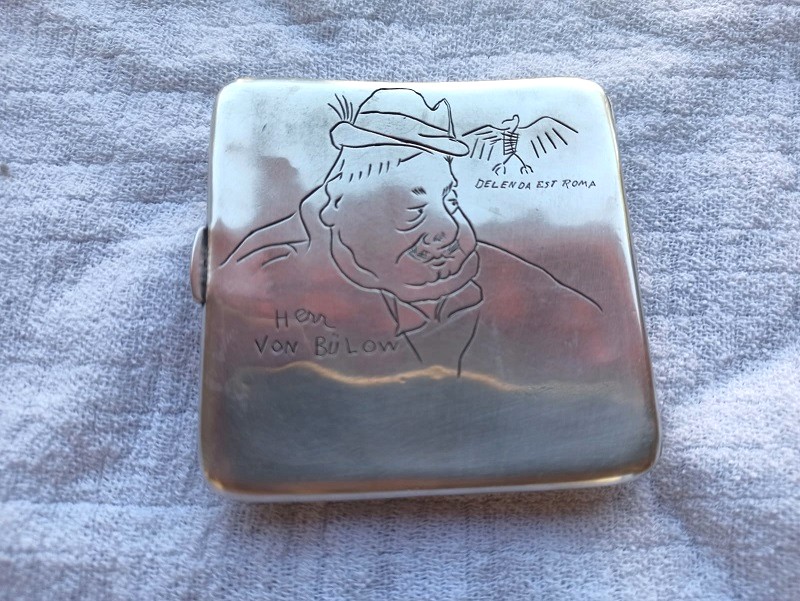 According to the hallmarks, it is dated 1912. The silversmith seems to be Charles Edwin Turner (C.E.T).
The last letter T is almost erased but I can make out the tip. 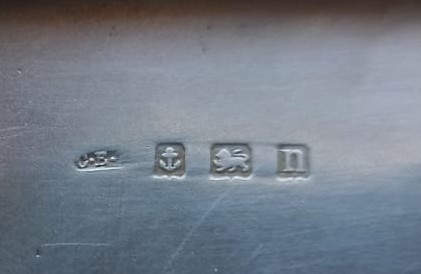 Does that seem coherent to you?

My second question is more cultural: it seems that this cigarette case is pre-WWI. "Herr von Bülow" appears to be a caricature (or on the contrary an honorable object) of General Karl von Bülow. "Delenda est Roma" seems to confirm this (instead of the traditional "Delenda Carthago").

On the other side, there are 4 figures wearing the Prussian uniform from bottom to top: the 1st (Paul von Hindenburg) and the 2nd are unknown to me (William 2?); at the top another figure wearing the uniform of the Prussian army and to his right "the German pig". 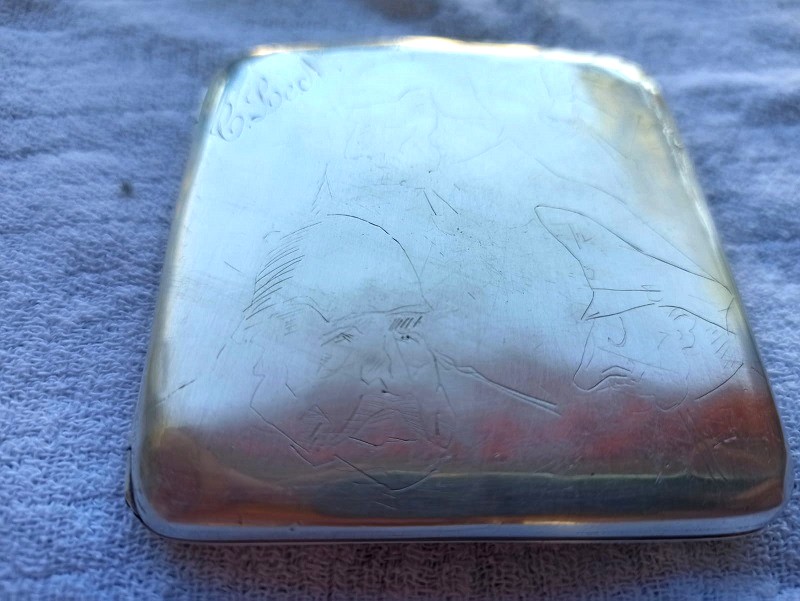 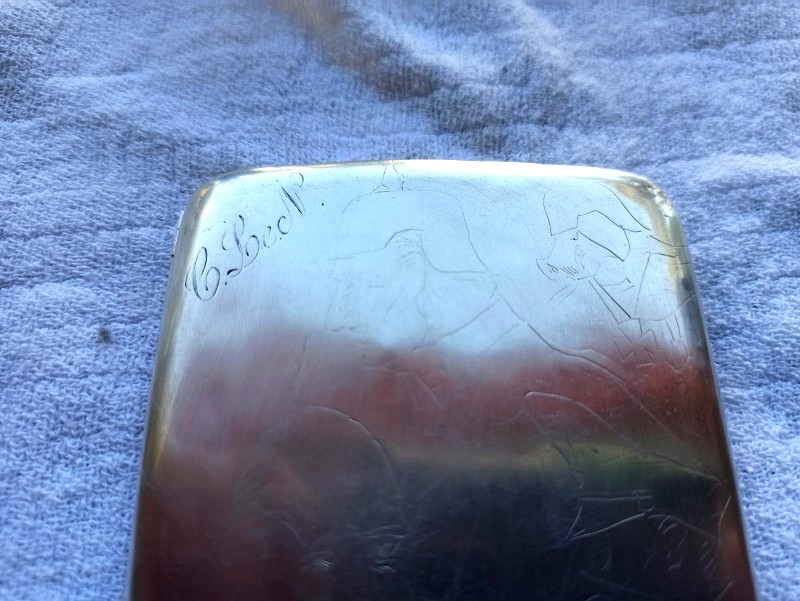 - Could the cigarette case have been made in 1912 and engraved afterwards?
- the Herr von Bülow engraving is much cleaner than the others: should we see it as a way of "hiding" the caricature or is this simple due to the wear of this outer part (the object is curved)?
- is it a common object that soldiers could own at that time (or during other wars such as WW2), although massive silver was expensive? The engraving "C.Le.N" (probably the owner's initials) may be those of a officer.

Here are some questions, and above all a desire to share an object that I think is unusual.

Re: An interesting cigarette case

A review of Birmingham maker's marks at https://www.silvermakersmarks.co.uk/Makers/Birmingham-CE-CL.html#CE shows Charles Edwin Turner as the only maker mark that fits the criteria of a) same form of the C and the E, b) the mid-height placement of the dots, and c) active c1912. That said, even with the T only partially visible, you can be confident the mark is Charles Edwin Turner's through process of elimination. I also agree that you have correctly identified the other marks as Birmingham, Sterling, 1912.

From the images, it looks as though the engravings on the front of the case and the reverse of the case may have been the work of two different people?

Also, have you considered the caricature may actually be of Bernhard von Bülow? He appears to have been an important German political figure who moved to Rome in 1909 and spent much of his time there until his death in 1929.

Hopefully someone else can provide some answers for your other questions.
Top

Re: An interesting cigarette case

Hello MG money and thank you for your contribution.

Concerning the von Bülow family, I was thinking of Karl because of his function in the Prussian army and in relation to his aesthetic a little more "fat" than Bernhardt. Besides, the "Delenda est Roma" made me think more of a sort of "bloodthirsty" soldier, which also seemed to correspond to Karl from the quick readings that I was able to make of it.

But thank you, it is indeed very interesting to know that Bernhardt was ambassador and died in Rome, this being able to explain our quotation. Using "herr" rather than general can reinforce this idea. On the other hand, why make a caricature of an ambassador or minister of foreign affairs? Especially since the back clearly shows the opposition to the Prussian army (the pig in uniform).

Regarding the engravings, indeed that of the front is deep where those of the back appear more superficial. I was thinking of wear, but your remark is very relevant.

In this case, it would have to be considered that this cigarette case from C.Le.N to Herr von Bülow that someone would have recovered to engrave the shallow but precise engravings on the back.

It is therefore difficult to see clearly, but each suggestion makes it possible to advance the reflection!