by cww1960
Hi
I have just purchased a desktop letter holder from the 13th Artel, I have no doubt that it's original, correct style and hallmarks

The item is 380mm x 270mm, red silk interior, on four legs, the legs are all hallmarked with 13th Artel, and duty stamp.

Within the letter holder there is a letter, it's in old Russian, I believe that the letter is singing the praise for the new Director/Manager of a factory

My question relates to whom it belonged to.

The surname on the front is Kirillovich, I think but not 100% sure first name is Alexander would anyone know if this person could possible be related to Grand Duke Vladimir Kirillovich (bit of a long shot but would be nice ) 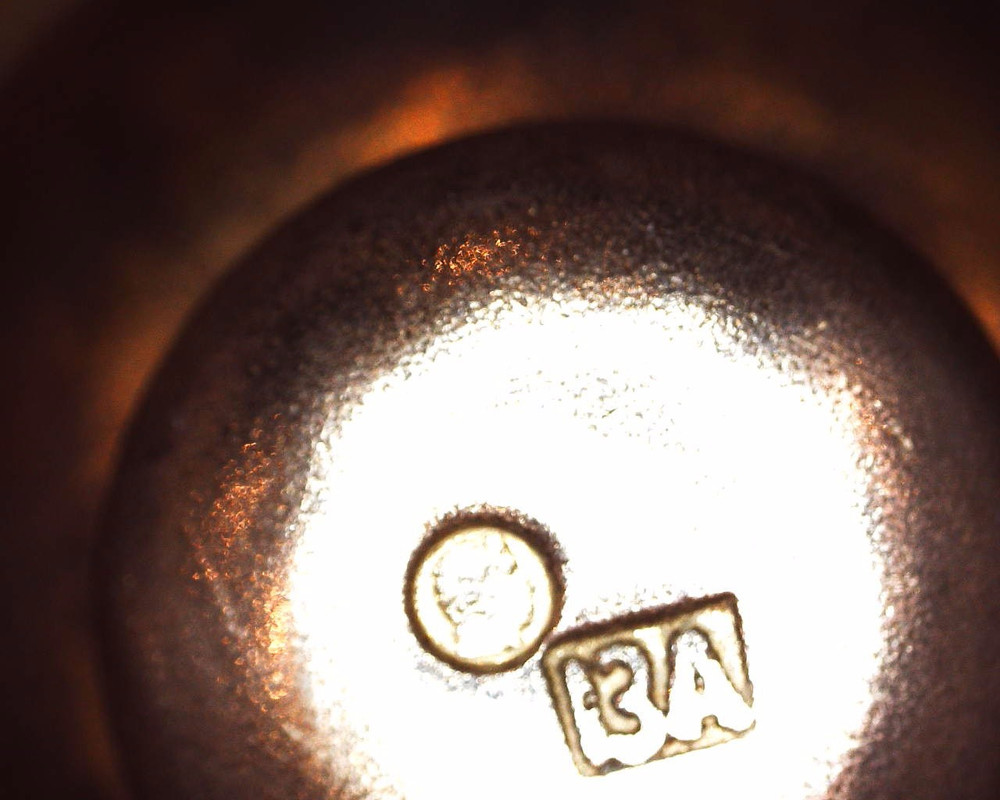 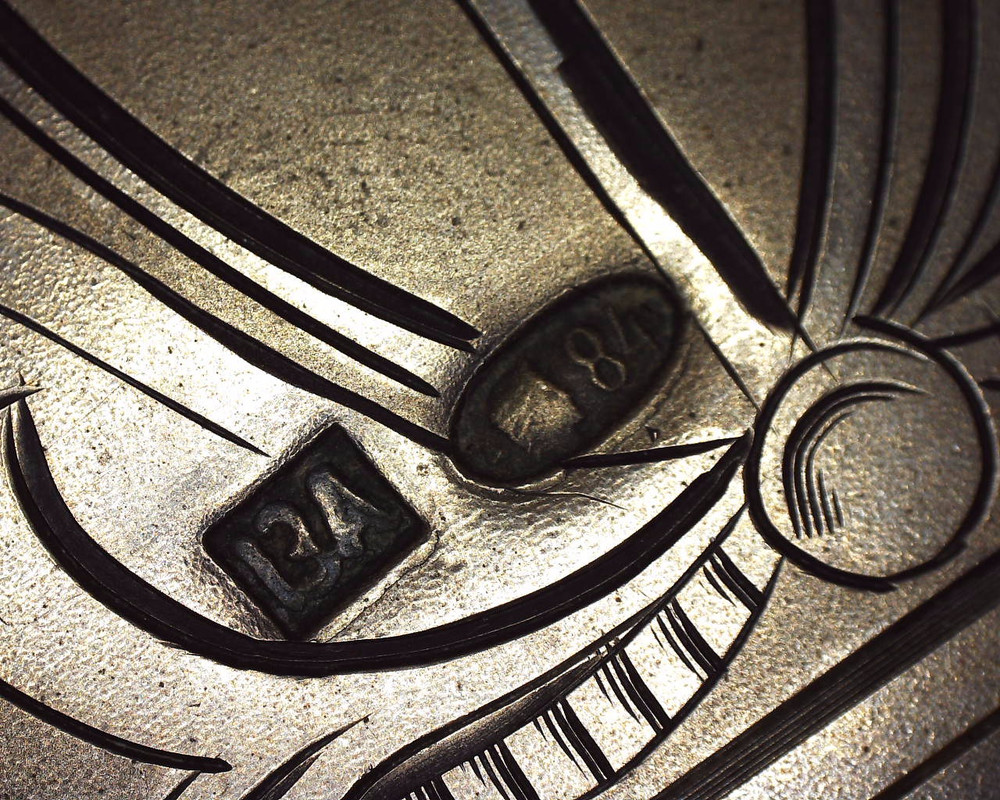 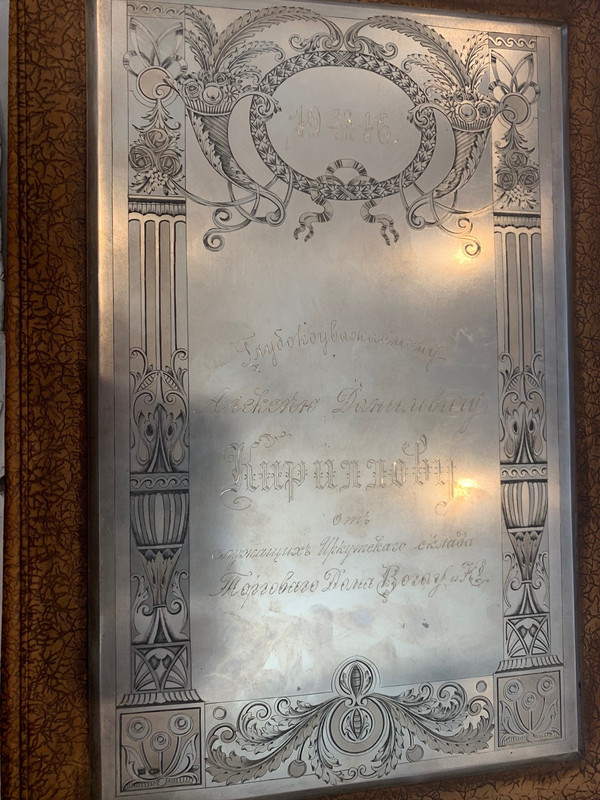 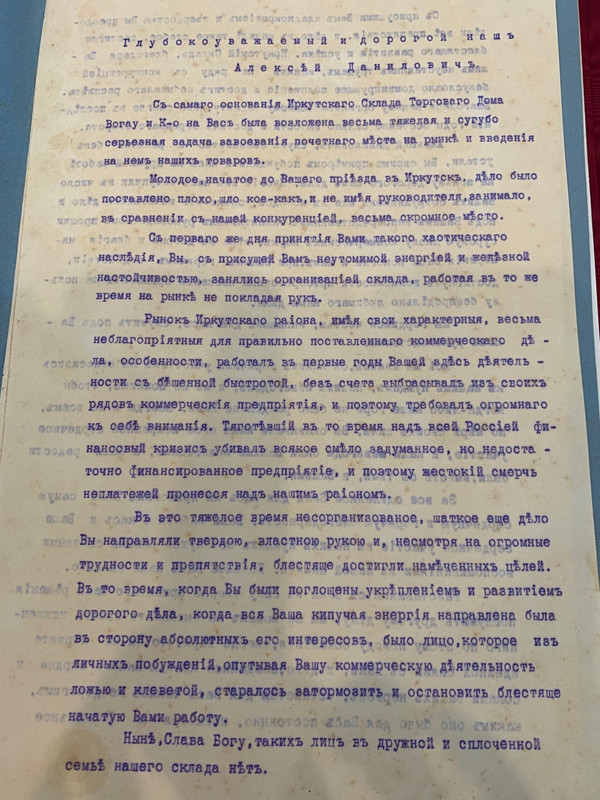 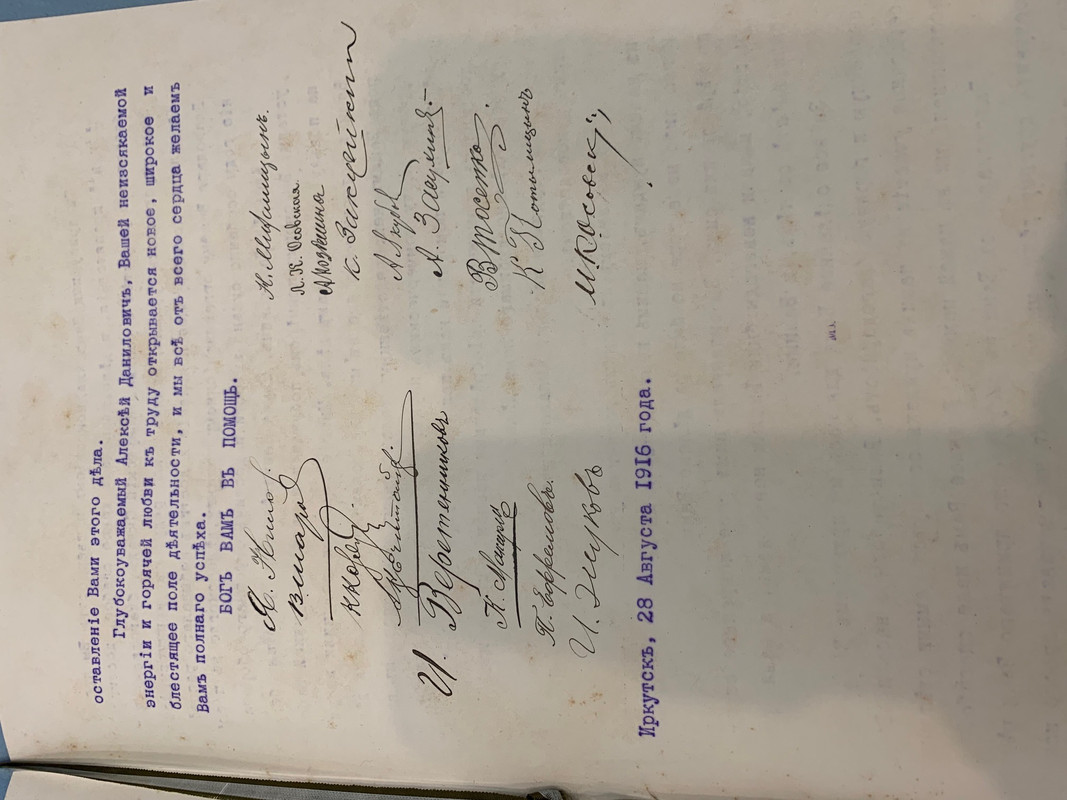 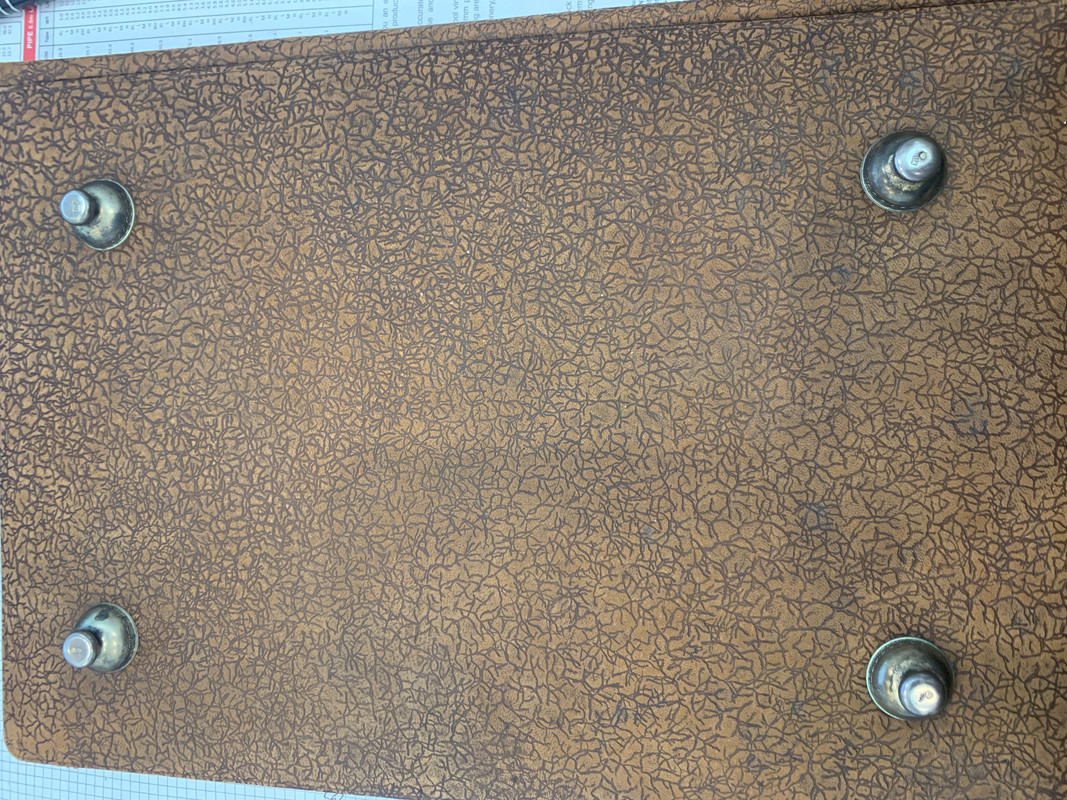 by Qrt.S
The forename is not Aleksandr but Aleksey Danilovich (Kirillov). The text on the desktop states

The document is a letter addressed to Kirillov. It is written in a very solemnly style and praises him to almost heaven. I'm not going to translate to letter here but only give you a short abbreviation of its content

Before you arrived the store was badly managed and a chaos You put efforts in improving the management..etc. etc... From the first day you show energy and ability to organize the store and you did it heartily etc. etc...

The Irkutsk area is a difficult economic area. Irrespective of that you managed to implement all plans ...... braggarts, braggarts to infinity.
Workers names
Irkutsk, August 28th 1916

With all respect, forget the Grand Duke

by AG2012
Hi,
Wogau & Co was a huge trading company with several branches in Russia.They traded almost everything, from chemicals, machinery to sugar and tea.It was founded by a German Maximilian von Wogau in 1859.
Almost all leading positions were held by German citizens, for this reason, after the outbreak of the First World War, the company ceased to work in Russia.
Qrt.S has already explained what you have: a gift from company employees to the company executive in Irkutsk branch.
Being a huge company,there are literally tens of thousands documents related to Wogau & Co. Still, a nice piece of history, but as Qrt.S said, forget the aristocracy.
Regards

by Qrt.S
Even if I said that forget the Grand Duke, I'd like to add that Grand Duke of Russia Vladimir Kirillovich Romanov was born in August 1917. The year on the letter holder and letter is 1916, so the shot was really long.....;-))))

by cww1960
I did not think that it was the Grand Duke, I thought it might be a family member, in those day's I lead to believe that often that people were appointed to positions in companies solely due to their connections to the Imperial family.

But unless I become a genealogist I think it's going to be a hard task.

But it's impressive how employees have the ability to, as we say in Australia, blow smoke up the bum of their boss. In modern times they could well be working in the White House :)

by Traintime
Or standing in front of a prosecutor within a week..just like in Russia, ha!

by Sasropakis
Regarding the names and the Grand Duke "connection" you should notice that in the name of the person mentioned in the letter - Aleksey Danilovich Kirillov - Aleksey is his first name, Danilovich is the patronym (i.e. his father's first name was Danil so it means "son of Danil") and Kirillov is the surname. So the only thing that is common with the name of the Grand Duke Vladimir Kirillovich Romanov is that his patronym Kirillovich which comes from his father's first name Kirill resembles the surname Kirillov of the person mentioned in the letter which is of course just coincidential.

Patronyms are used in Russia even in formal occasions (like the president can be referred just Vladimir Vladimirovich instead of Vladimir Putin) but they shouldn't be confused with surnames. For example the daughter of Grand Duke Vladimir Kirillovich is called Grand Duchess Maria Vladimirovna (she is the current albeit disputed claimant to the throne) so the name Kirill or it's derivates are not inherited unless given to another descendant in the future.

by AG2012
The letter was written in mid 1916 when The Great War was already raging and at the time when Wogau family sold all assets and left Russia.Meaning,the letter witnessed the change of company leadership,old executive (most likely a German) was replaced by a Russian.
His name is mentioned in the book Russians in China. Genealogical index (1926-1946). (Russian Edition)
He was born in 1875.Could be just a coincidence, but what would have a Russian done in China and Far East Russia at the time ? He was a trader, of course.

by cww1960
Thanks to all for comments, nice to get a back ground on a item, even if it was not what I thought it possibly was.

by AG2012
The facts also support the probability the item moved eastward in front of the revolution.
Irkutsk was very,very far from European Russia, but close to China.A wave of Russians migrated to Australia in the 1920s after the defeat of the White Army by the Bolshevik forces. These were known as the White emigres. Many of these refugees embarked from Manchuria, having been driven to Siberia by the rampant Red Army.
Regards
All times are UTC-04:00
Page 1 of 1
Powered by phpBB® Forum Software © phpBB Limited
https://www.phpbb.com/