What is it for?

What is it for?

today I propose a Soviet object (after 1958) in silver 875, Moscow. My problem is? what is this object for?

The ball above rests on 2 rods roughly welded on each side. To note, it includes a punch 875 which does not seem Soviet ...

I think that the rods and the ball were added a posteriori but for what utility?

The Cyrillic inscription found under the object may be a track ... or not!

Thank you for your help.

by Ubaranda
Hello!
This is tea strainer. It was made in Vietnam and then exported to the USSR.
Regards.

I don't know where the piece was made, but the script does not look like Vietnamese to me.

by oel
I believe the text on the holder of the strainer to read:... Hanoi (capital of Vietnam)

by Ubaranda
Exactly the same item with good marks (from my collection). 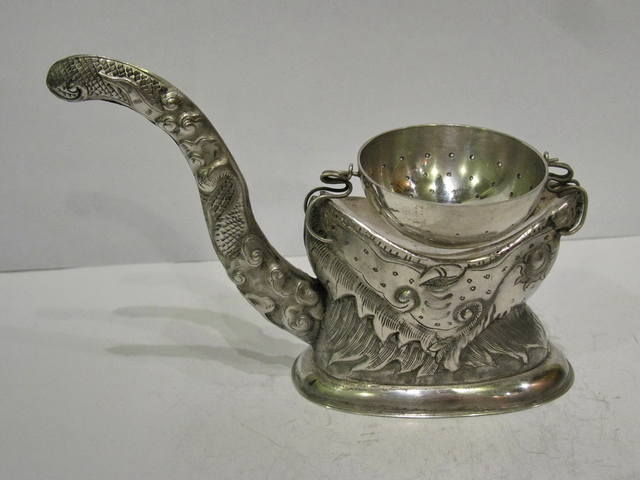 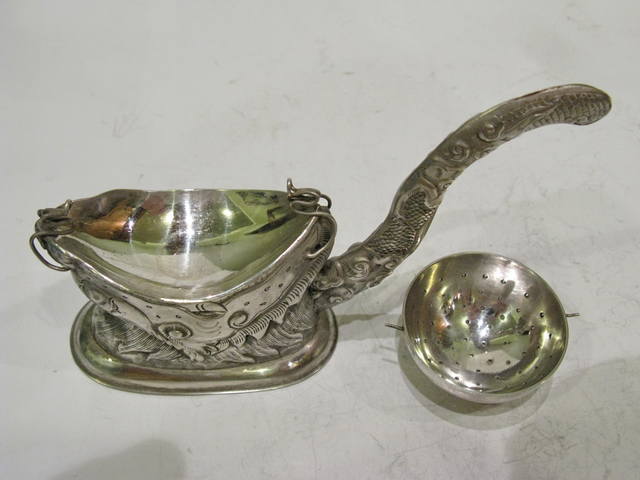 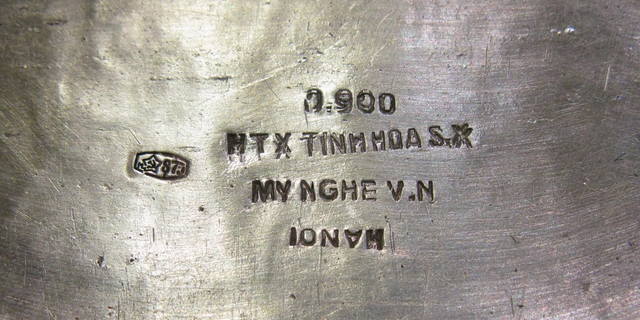 by AG2012
It is Vietnam.Mirror image of the inscription.
If you download the image and flip it, at least Hanoi is clearly seen.The same with Ubaranda^s piece.
Regards

by silverly
The die maker didn't try to use the typical Romanized Vietnamese letters, but it is clear what it says now. I apologize for my unnecessary interjection.

by Smokanabeach
Thank you for the answer as well as the excellent illustration! We could not find better! I suspected it was a tea strainer but I found it quite original so I was not sure!

One more thing Ubaranda as you're also owner of the same object: what would be the period? Soviet hallmark means after 1958, but I guess it has not been made specially for the russian market or?

Thank you for your assistance

If you look closely at the Soviet mark, you will find it is formed of one continuous line. The method of application is neither by punch nor laser, but a method called 'electrospark'. I believe it was used for a period before laser was introduced. If anyone knows the period of when this method was in use, it will help to establish a timeline.

Member 'dnl' wrote this a while back:

It is necessitated by the process used to imprint the mark. The process is referred to as electrospark method of marking metal. It is based on the technological process of a electroerosive treatment to the metal. Essentially it is a release of electromagnetic energy (electric spark) that vaporizes the surface at the designated point. The method though not instant (3-15 seconds) was favored as it could be used on curved surfaces with no distortion, did not apply pressure, no clean up was necessary, and would not effect enameling or stones set in the mount. It is my understanding that there are some assay offices still using this method in Russia and Ukraine but laser offers more versatility and there is more movement to use laser as it is afforded.

by Ubaranda
In the 1960s-1970s, a wide assortment of Vietnamese silver items was actively exported to the USSR: trays, wine sets, teapots, tea strainers, sugar tongs, cutlery, spice sets, cigarette cases, ashtrays, etc. These items were made of silver 900, were of good quality and had a reasonable price.
Unfortunately, we can only talk about a period of time, but the exact date of manufacture cannot be determined. 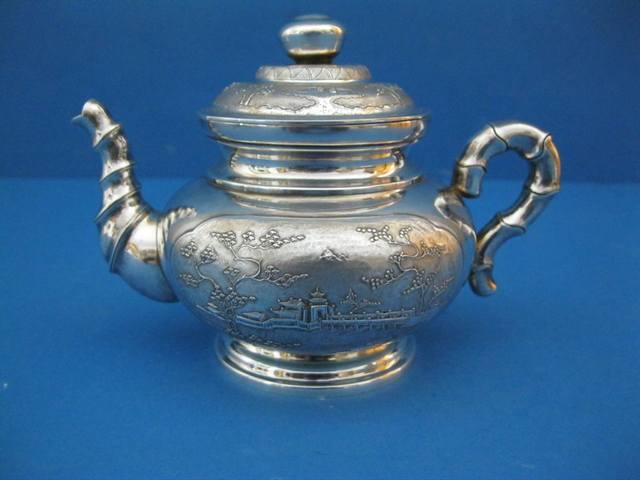 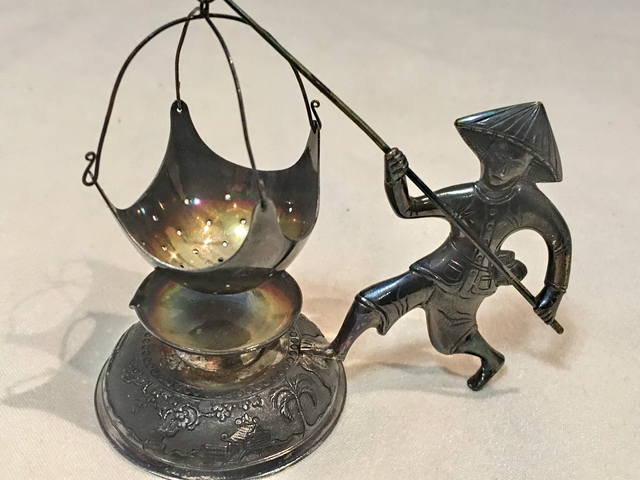 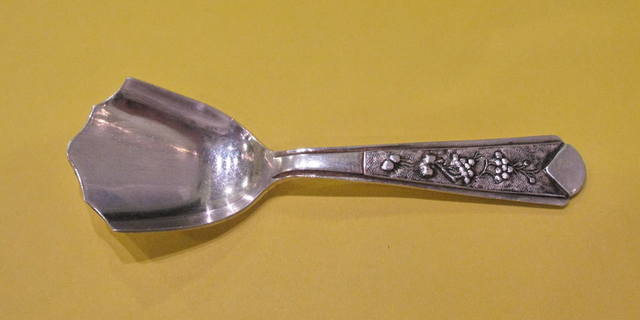 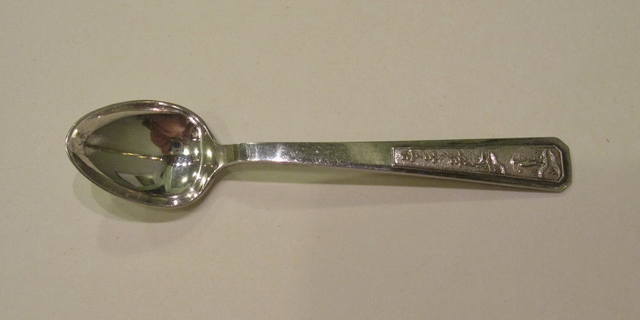 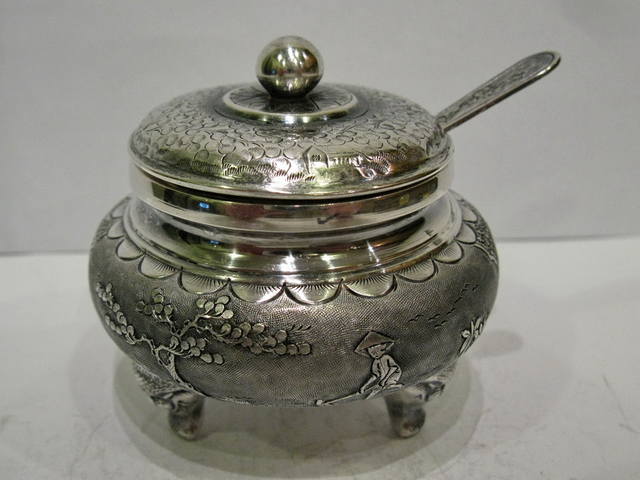 by Smokanabeach
Thank you for those precisions! We can link the period indicated by Ubaranda (1960-1970) with the method describes by Dognose (as electrospark process seems to start in 1954)!