Hi! I was hoping to identify a kiddush cup I inherited from my great grandfather. I'm fairly certain it's Russian, but the silversmith mark is a bit worn. It kind of resembles a Tula mark I found but I can't really be sure. The images are below: 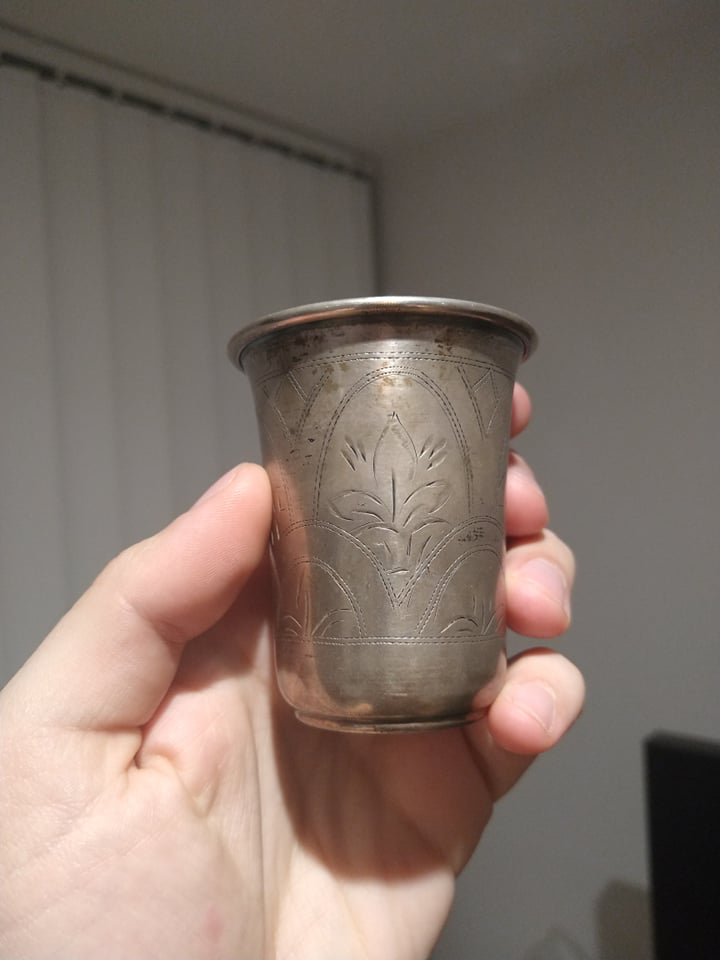 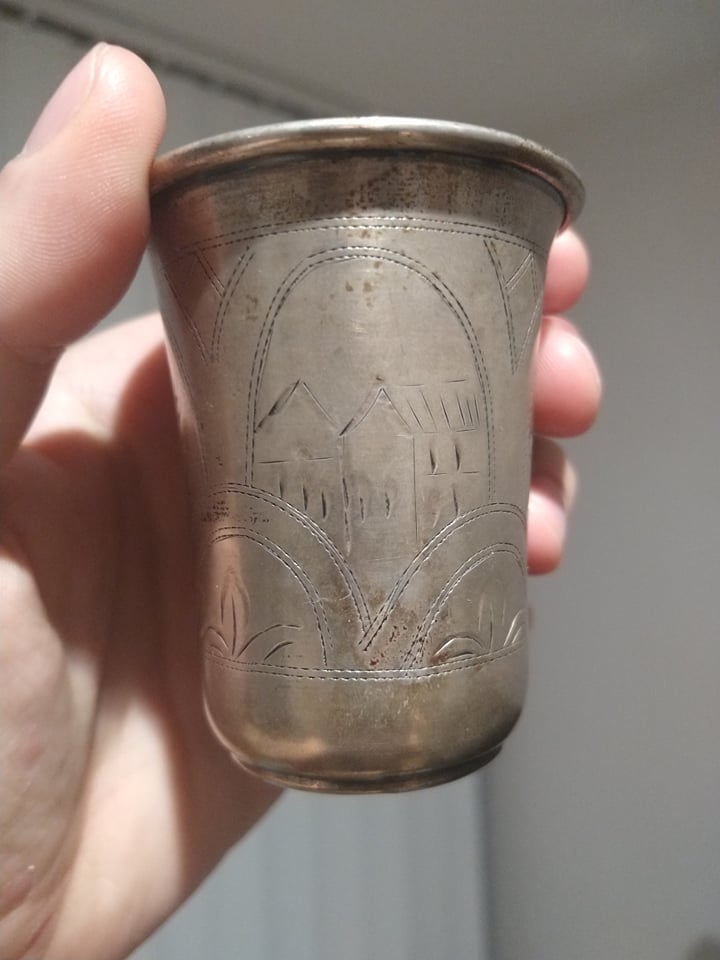 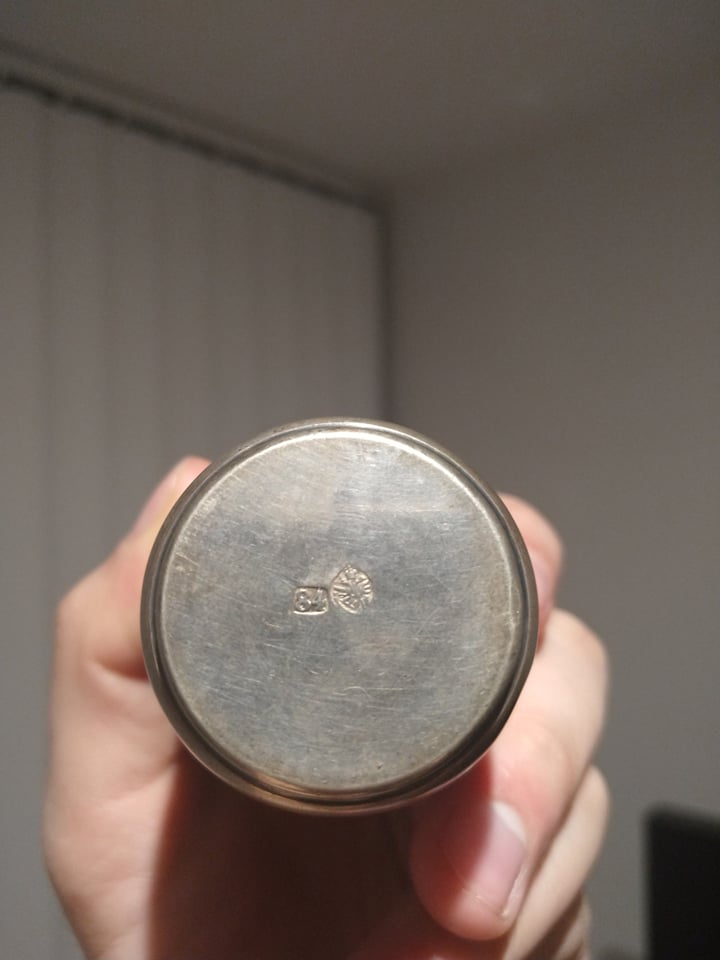 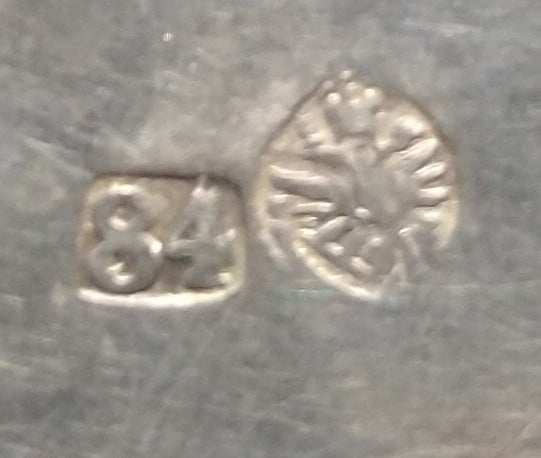 If anyone has any leads on this, I'd be grateful!

Hi,
1. It is a typical Russian cup with hand engraved décor. There is nothing in the engraving to classify it as a Judaica item. It could have been used as Kiddush cup, but there are no Hebrew inscriptions and motifs. Similar beakers were made elsewhere in Europe, too.
Similarly, every Vienna Zuckerdose (sugar box) is described as etrog box by sellers; I suppose they think it is more lucrative when selling them.
2. Full set of Russian marks is missing here (maker`s mark). I do not recognize any town mark and imperial eagle looks suspicious. There are examples of fake marks added to silver to make them look Russian.
Regards
Top

Hi! So in this case I do know it was used as a kiddush cup because of who I inherited it from. It was potentially even brought over from Russia - my family was from Belarus, which at the time was part of the Russian Empire. Perhaps Belarus might explain the oddity? As for the design, I'd always assumed it was something Jerusalem-ish.

But that is all quite interesting about the eagle being somewhat enigmatic and that the lack of a maker's mark is unusual.