Would like help identifying maker of this sterling tray...

Would like help identifying maker of this sterling tray...

I have been trying to identify this maker's mark but I have not been able to find it yet. I would appreciate it if anyone who recognizes it could let me know. This is a sterling tray with floral handles, American I think, with a Danish influence.

Hello,
If you'd really like it identified, a mark image of a decent size would help.
Regards, Tom
.
Top

I have two pieces with the same mark. I have always thought it is a DeMatteo mark, but I can not find a reference anywhere. Is yours 15 inches and about 22 ounces?

wish we all had your eyes!
If either of you would post an image of viewable size, perhaps the mystery could be solved.
.
Top 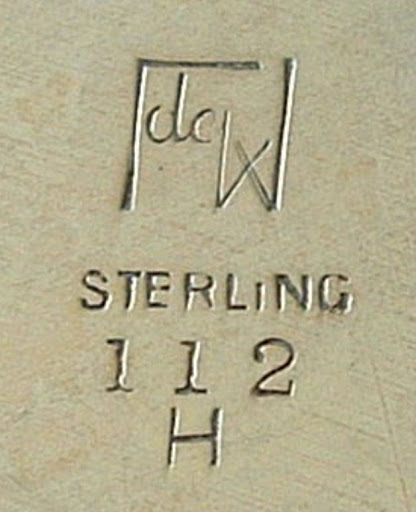 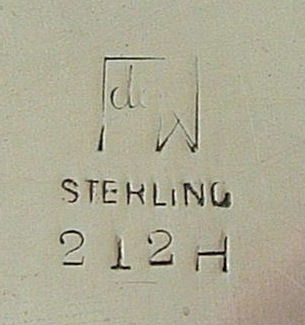 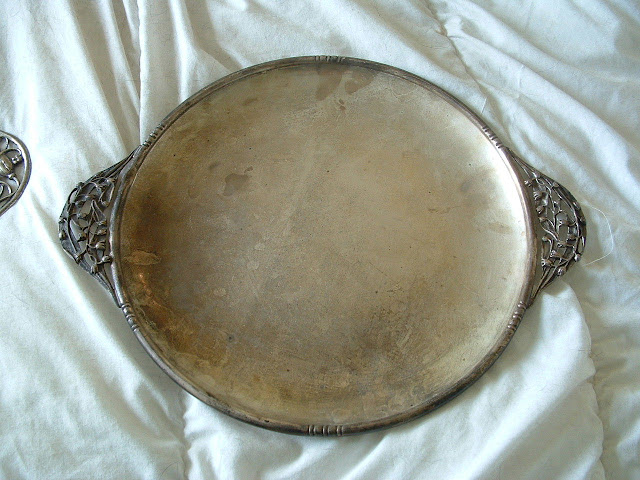 One has Lily of the Valley handles, and the other has "Jensen-esque" Blossom style handles.

One has Lily of the Valley handles, and the other has "Jensen-esque" Blossom style handles.

Hi Dale - Thanks for supplying the large image of the hallmark! It is the same hallmark as on my tray, but yours is much more deeply stamped and therefore easier to read. My tray is the same as the one you have with the Blossom style handles - I still have not been able to identify the hallmark, but at least I now know what it should look like...

Sorry, forgot all about this post. I have tracked down the maker, the mark was used by Armand Guion in the 1950s, possibly as early as the late 40's in into the early sixties. Guion had a retail shop in midtown NYC where he sold antique silver, there was a small 3 or 4 man workshop in the back where old pieces were restored and new sterling pieces were made. I'm told this mark represented no real individual's name and was intended to vaguely resemble that of DeMatteo, as was the silver it was stamped upon. In later years, Guion used the mark "Fara Co". - it was composed of the first initials of his immediate family.