The firm was established in Birmingham c. 1850 by George Cartwright and Joseph Hirons, trading as Cartwright & Hirons.
In 1853, when Horace Woodward entered in the partnership, the firm changed to Chartwright, Hirons & Woodward.
The firm was active as electroplate manufacturers and silversmiths at 138/139 Great Charles Street, Birmingham, with London showrooms at 41 Hatton Garden.
In 1859 Joseph Hirons left the partnership and the firm changed its name to Cartwright & Woodward.
In 1865, after George Cartwright's retirement, the business was continued by Horace Woodward under the name Horace Woodward & Co. In 1883 Horace Woodward left the company and the business was continued by Edgar Finley and Hugh Taylor, maintaining the same name until 1893 when the firm was converted into a limited liability company as Horace Woodward & Co Ltd.
In the same year the production was transferred to Atlas Works, Paradise Street, Birmingham and additional premised were opened in 1903 at Vyse Street, Birmingham.
In 1919 the firm was acquired by Adie Brothers Ltd.
The firm participated with success to London (1851 and 1862), Paris (1867) and Melbourne (1881) Exhibitions.
The firm used a figural trade mark (the shape of Atlas into a lozenge) registered in 1876. This trade mark was often used in its electroplate production. The same trade mark was rarely present in its sterling silver production.

Herewith a vesta sovereign case for half sovereigns, carries hallmarks for Birmingham 1905. The sovereign case measures 6.0 cm long, a button release, ridged case, and features a match strike and vesta case at one end. Free cartouche. Weight 37 grams or 1.3 oz .Birmingham, Horace Woodward & Co Ltd , this particular mark registered Dec 1893. Year letter f for 1905.
Vesta cases, vesta boxes, or pocket match safes or matchsafes were small portable boxes made in a great variety of forms with snapshut covers to contain vestas (short matches) and keep them dry. So called after the name of one of the early makers (which was taken from the goddess Vesta, a Roman deity of fire and the hearth), they came into use around the 1830s and were produced extensively between 1890 and 1920. During this period, almost everyone carried strike anywhere matches, so they could light stoves, lanterns and other devices. Early matches were unreliable and prone to ignite from rubbing on one another or spontaneously. Accordingly, most people carried a match safe to house their matches. Wealthy people had match safes made of gold or silver, while common folk had ones made of tin or brass.
A sovereign case is used for carrying either full or half gold sovereigns and would be often worn on a gentleman Albert chain and kept in a waist coat pocket. The coins would be stacked tightly together by a spring action mechanism, a case usually holds about 4 sovereigns in a compartment. 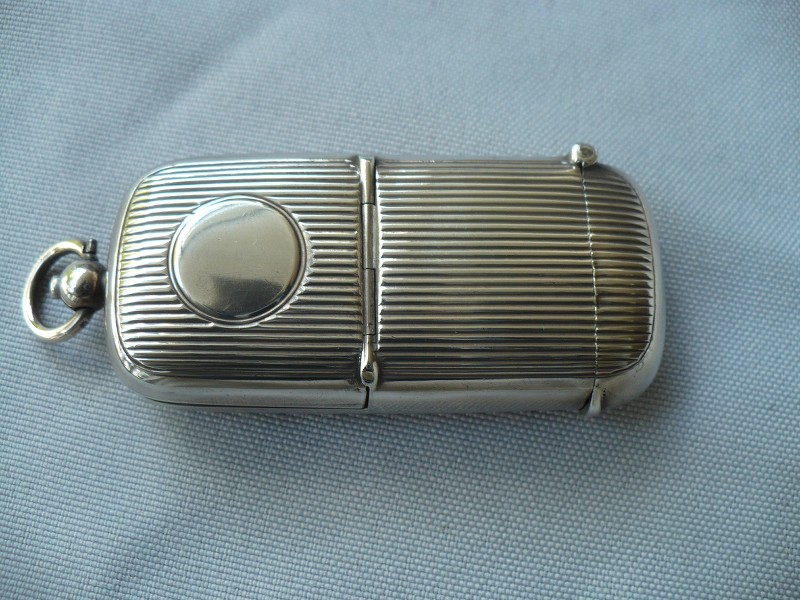 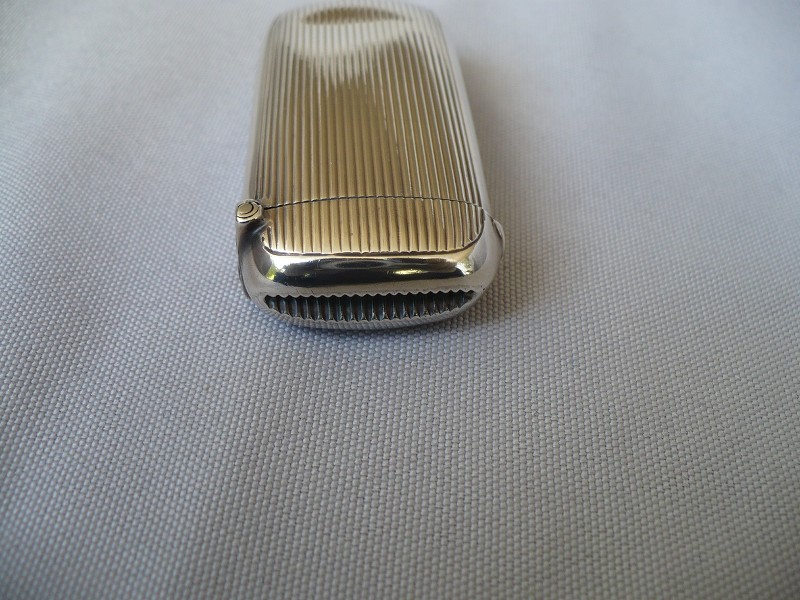 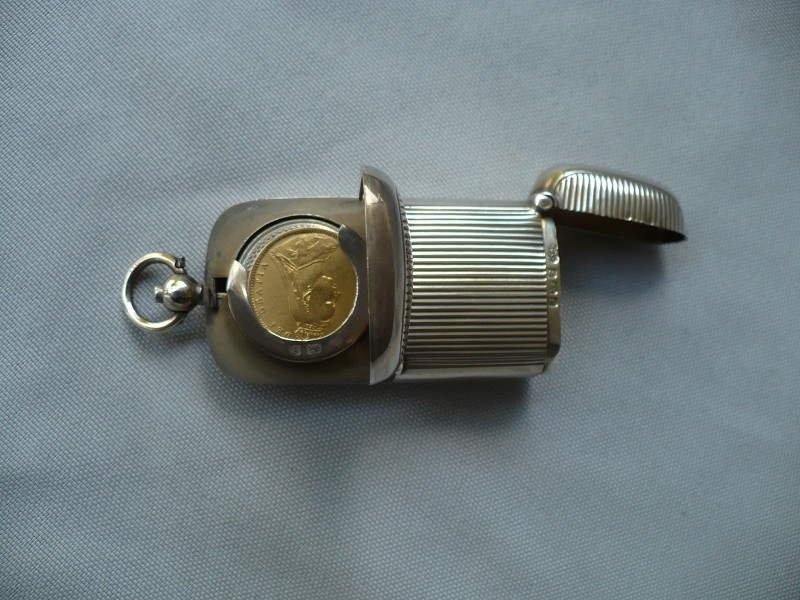 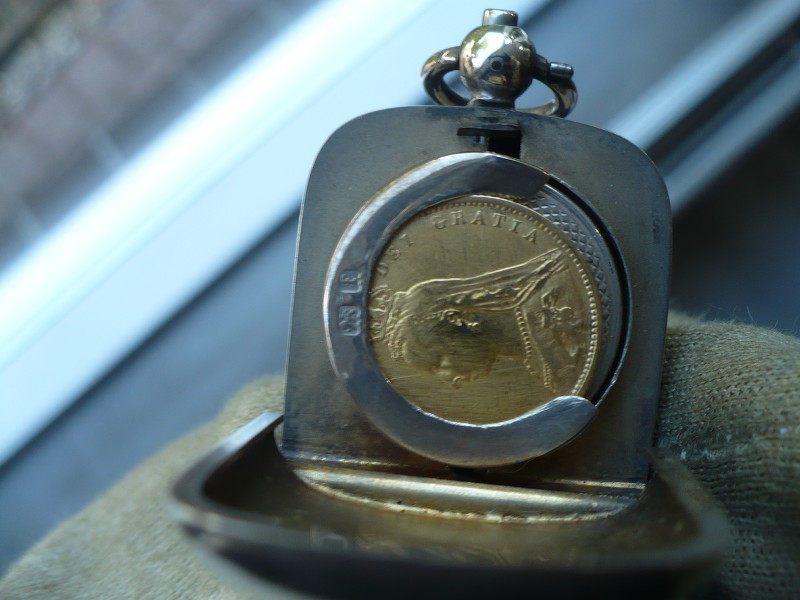 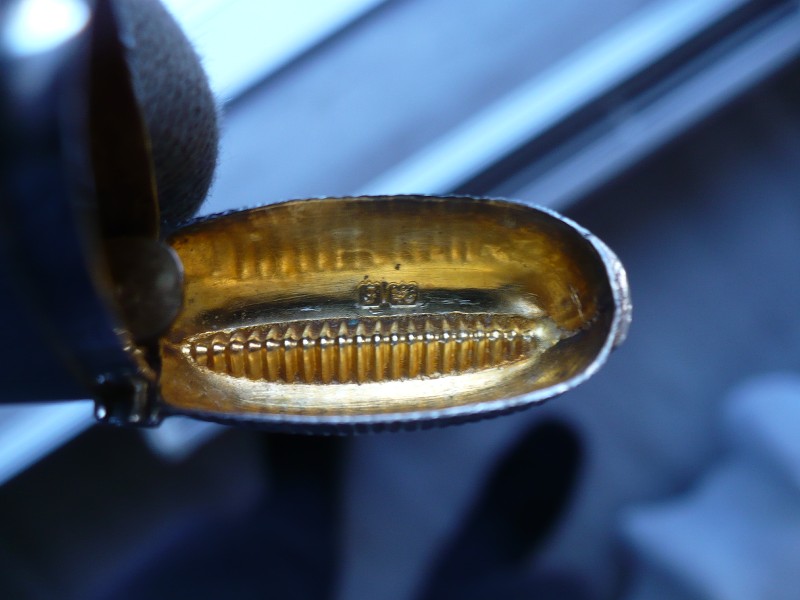 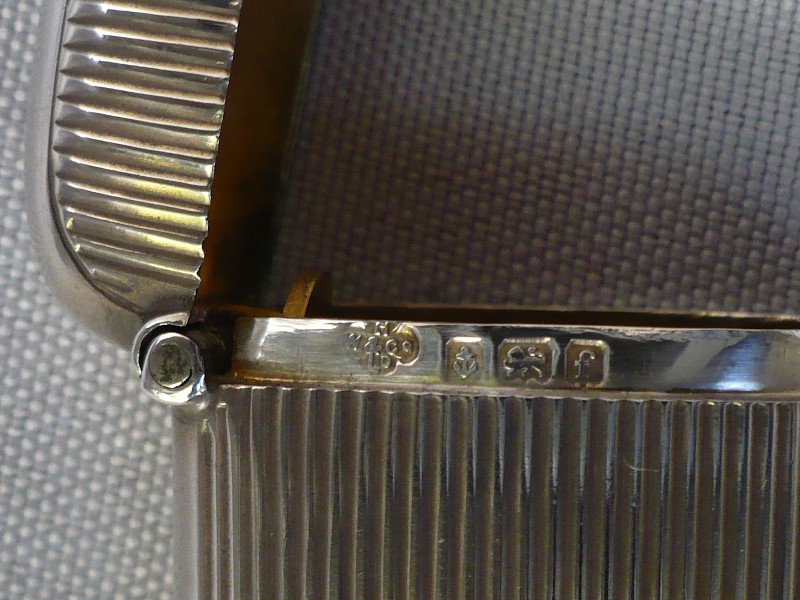 
HUGH TAYLOR Deceased.
Pursuant to the Statute 22nd and 23rd Vic. cap. 35 intituled “An Act to further amend the Law of Property and to relieve Trustees."
Notice is hereby given that all creditors and ether persons having any claims or demands against the estate of Hugh Taylor late of 24 Frederick-road Edgbaston in the county of Warwick Silversmith and Electro-Plater deceased (who died on the 29th day of November 1896 and whose will with one codicil thereto was on the 24th day of December 1896 proved in the District Registry at Birmingham of the Probate Division of Her Majesty's High Court of Justice by Emily Kate Taylor of 24 Frederick-road Edgbaston aforesaid Widow and Reginald Harrison of 27 Chancery-lane London Chartered Accountant and by Hugh Edgar Taylor of 38 Holborn Viaduct London Silversmith the executor named in the said codicil are hereby required to send in their claims or demands or before the 10th day of February next to the said executors or one of them or to us the undersigned Sydney Mitchell and Willmot of 112 Colmore-row Birmingham Solicitors to the said executors; and notice is hereby further given that after the said 10th day of February next the said Emily Kate Taylor Reginald Harrison and Hugh Edgar Taylor will proceed to distribute the assets of the said testator amongst the parties entitled thereto having regard only to the debts or claims of which they shall then have received notice—Dated this 7th day of January 1897. SYDNEY MITCHELL and WILLMOT 112 Colmore-row Birmingham Solicitors to the said Executors.

A silver and glass inkwell by Horace Woodward & Co.: