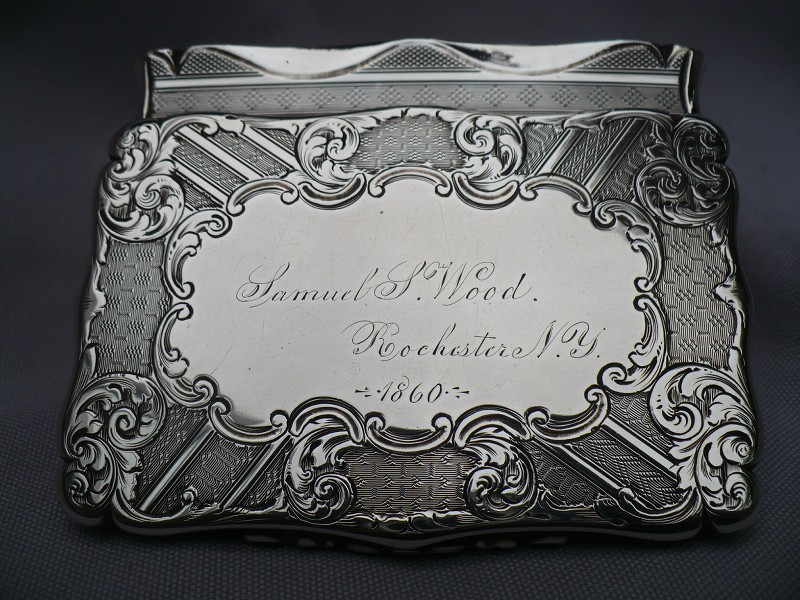 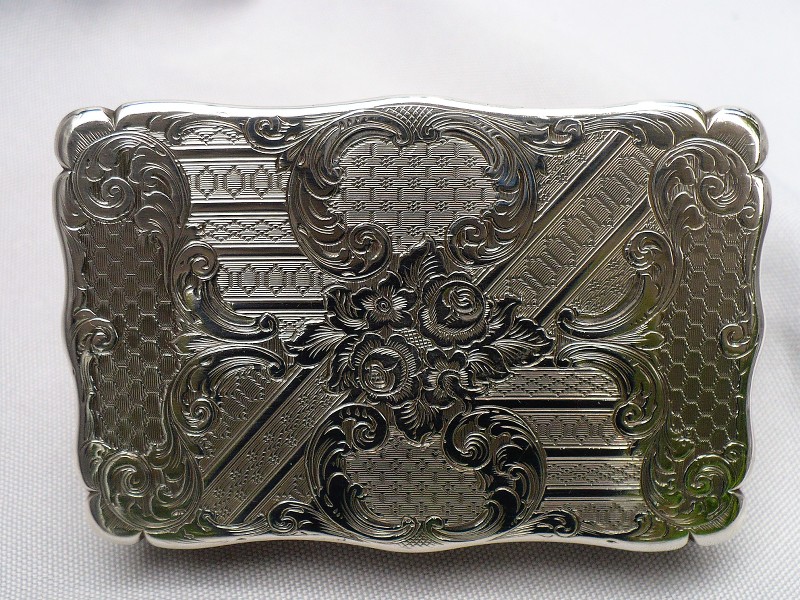 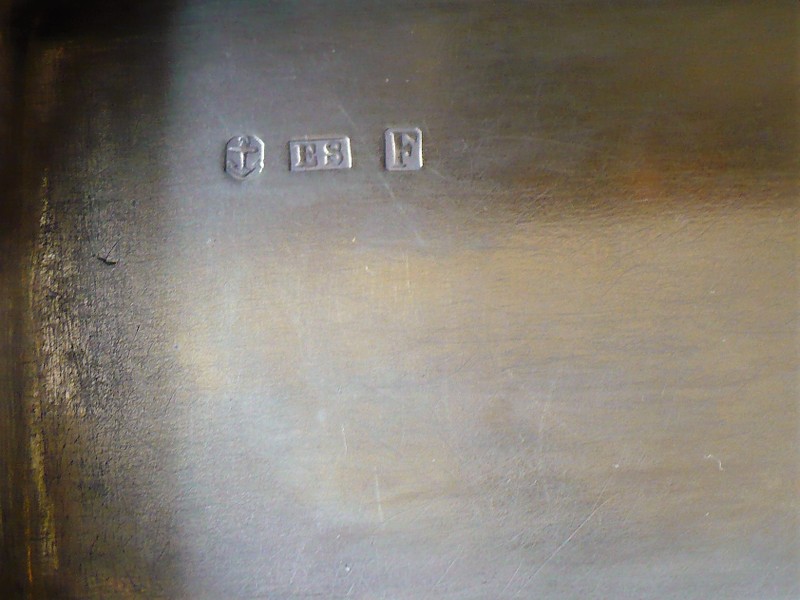 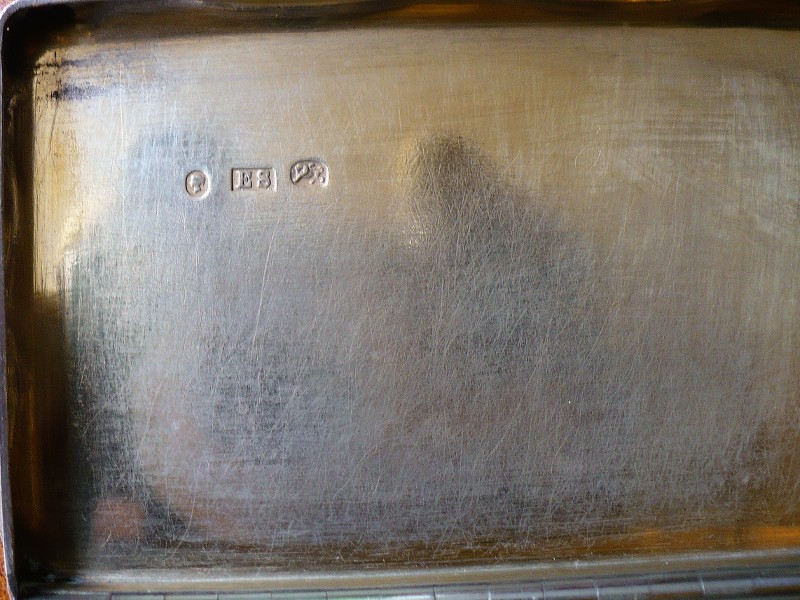 Victorian silver snuff box decorated with a master class of engraving. The cover, sides and base are all superbly engraved and today still very crisp with engine turning amongst scrolls and centred around a bouquet of flowers to the underside, gilded interior. This box has a superb 17-knuckle hinge providing a beautiful smooth opening and closing action. The thumb lift is a well made cast and applied scroll. It bears the inscription Samuel S Wood Rochester NY-1860-
The Anchor for Birmingham, ES for Edward Smith, year Letter F for 1854-55. Measurements:82mm x 55mm x 18mm(3.25" x 2.2" x 0.7") The box weighs 120 grams /4.23 ounces.
According to the 1861 Rochester City Directory Samuel S. Wood was the superintendent of the Western House of Refuge, a juvenile reformatory which eventually became the State Industrial School and is known today as the School of Industry.

Mr. SAMUEL S. WOOD, the present efficient Superintendent of the Western House of Refuge at Rochester, was appointed his successor. In 1848, the Board made application for a portion of the School Money from the Board of Education, and received it. They received the past year nearly $5,500 from this source. In 1849, Mr. WOOD was transferred to the Western House of Refuge, and Mr. JOHN W. KETCHAM, the present Superintendent, elected as his successor.
http://www.nytimes.com/1860/01/23/news/ ... wanted=all 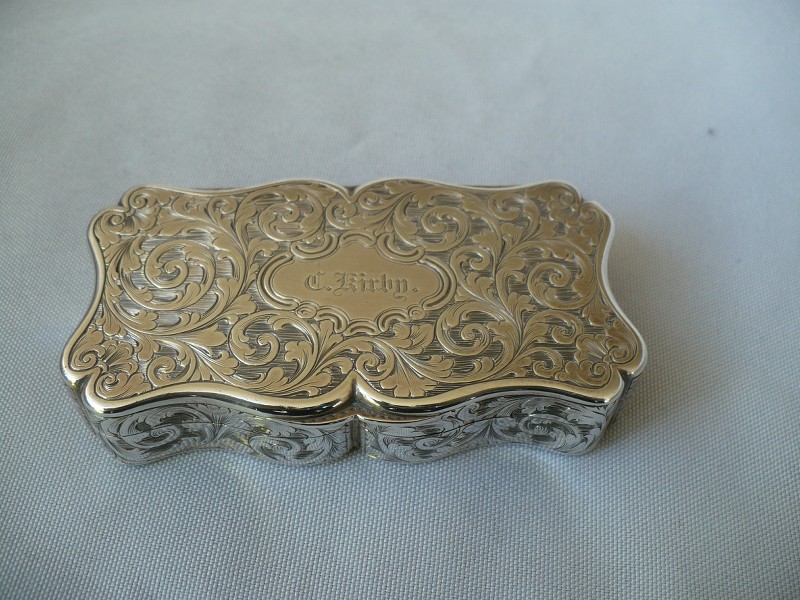 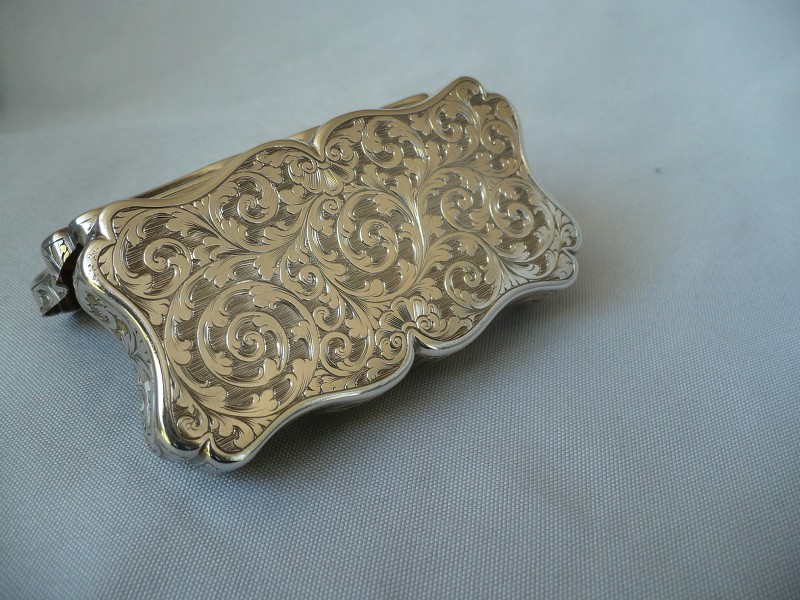 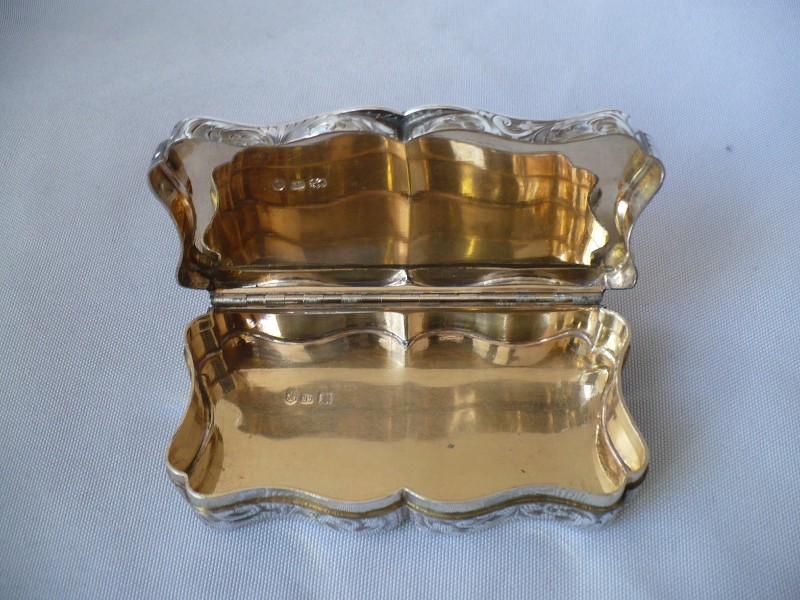 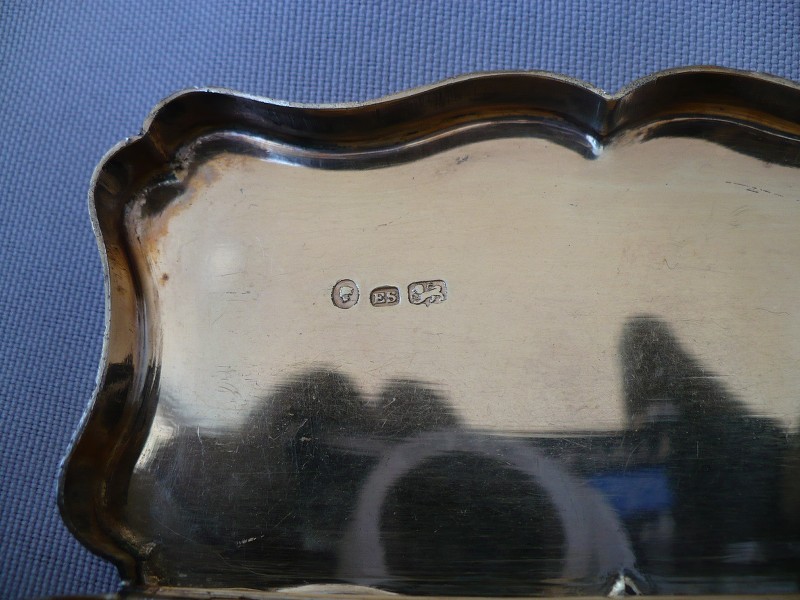 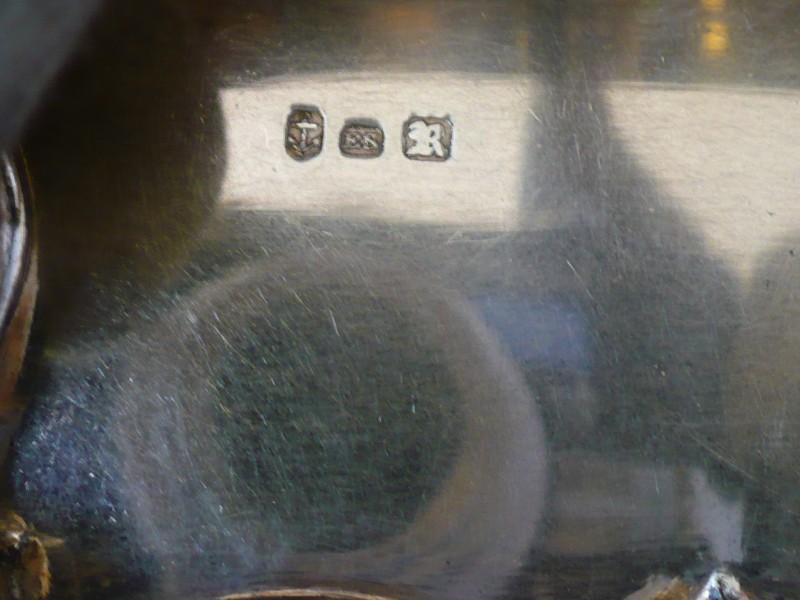