If you know the maker, but not the pattern. - PHOTO REQUIRED
Post Reply
8 posts • Page 1 of 1

I keep seeing 1928- for this pattern. Anyone care to explain Christmas 1902 with T. L. Combs & Company of Omaha Nebraska as retailer (early century firm): 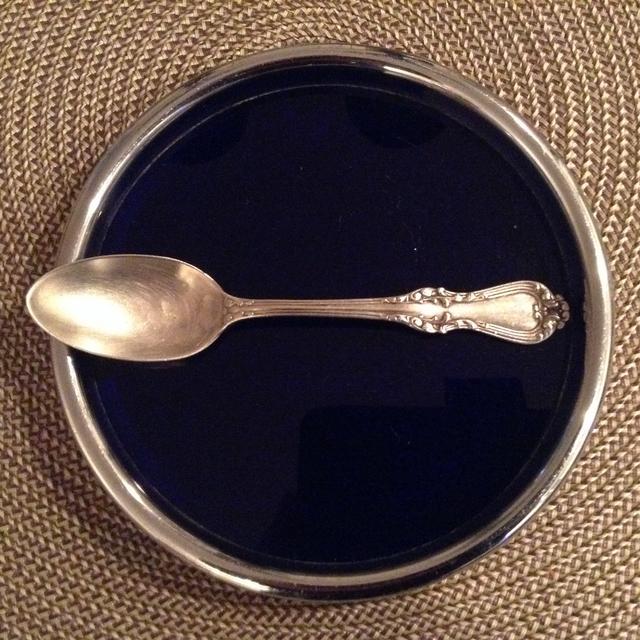 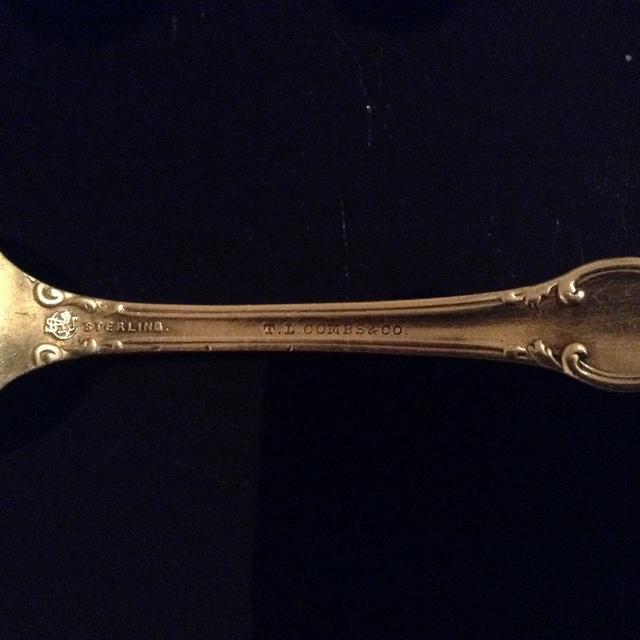 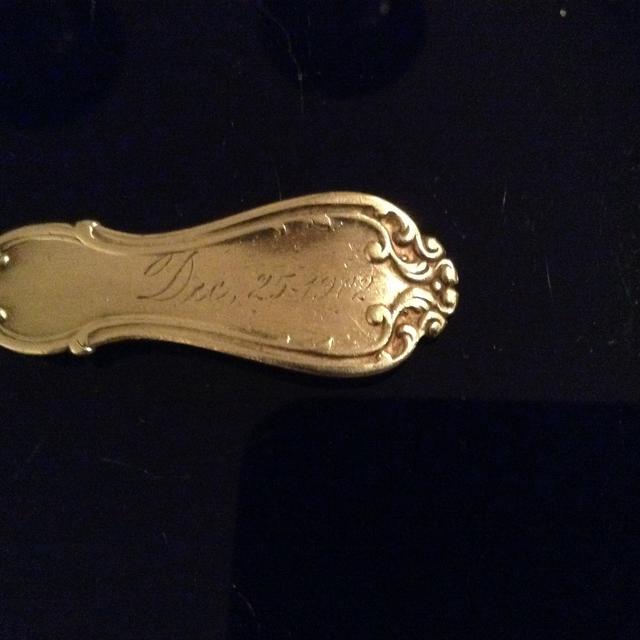 Tinley Lionel Combs, prominently known in the commercial circles of Omaha by reason of his twenty-eight years’ connection with the jewelry trade in that city, has since 1898 conducted a store of his own and today has one of the splendid jewelry establishments of the city. He was born in Fairfield, Iowa, September 8, 1870, and is a son of Andrew J. and Mary E. (Robinson) Combs. The father died in January, 1878, in Osceola, Nebraska, and the mother passed away in Brookville, Iowa, six months later, so that Tinley L. Combs was thus early left an orphan. He was then reared by his guardian, Dr. E. L. Robinson, at Silver Creek and at Clarks, Nebraska, and from the age of nine years has been dependent upon his own resources. At the time when most boys are attending the public schools he was waging a fight with the world for a living. His education was acquired in the public schools of Clarks, Nebraska, supplemented by a year and a half’s study in the Nebraska Central College at Central City, Nebraska. He came to Omaha in 1889, when a youth of nineteen years, and sold jewelry from house to house, eventually winning a trade of considerable proportions, and from the money thus earned he saved a suff1cient capital to enable him to embark in business on his own account. He took his initial step in that direction in 1898, in the store which he now occupies, being at that time one of four men who used the room for different lines of business. The three other men failed and left, but with true Scotch-Irish persistence, a trait inherited from his ancestors, Mr. Combs continued at his business and is today at the head of one of the finest jewelry establishments of Omaha. Aside from being president of the T. L. Combs Company, which was incorporated in 1898, he is a director of the Provident Loan Society. His prominence in business circles is indicated in the fact that he was honored by being elected by acclamation for three consecutive terms to the presidency of the American National Retail Jewelers Association and at its meeting in New York, in 1915, he and his wife were presented with handsome gold watches, suitably engraved, to express the unusual esteem in which they were held by the five thousand members of the association. His service and 'travels in association work gave him a nation wide acquaintance and popularity, and he is retained on the national executive committee. He has been a close student of every condition bearing upon the trade and its development and has taken the initiative step on many occasions whereby the interests of the trade in general have been promoted.

On the 8th of September, 1897, in Omaha, Mr. Combs was joined in wedlock to Miss Mary Florence, her father being Caleb Winter, a retired resident of Omaha. They have two children: Claubert Morlyn, born March 13, 1901; and Elton Trager, whose birth occurred on the 29th of August, 1904.

The parents hold membership in the First Methodist Episcopal church and take a very active and helpful interest in its work, Mr. Combs now serving on the official board. His political allegiance is given to the republican party and he is a very prominent Mason. He was raised in St. John’s Lodge, No. 25, May 28, 1896, took the Scottish Rite degrees from 1904 to 1906, obtaining the thirty-second degree March 29, 1906. He is past master of his rose croix chapter and is preceptor of his consistory now. In 1913 he was elected by the supreme council at Washington, D. C., to the Select Body of Knights Commanders of the Court of Honor and in November, 1915, he was crowned with the thirty-third degree. As a boy he was a worker in the Good Templars, and he belongs to the Independent Order of Foresters, the Maccabees, the Mystic Legion, the Woodmen of the World and the Tribe of Ben Hur. He is also an active worker in the Mystic Shrine and is now assistant rabban of Tangier Temple. His public spirit is shown in his membership in the Commercial Club, of which he is a director, and his social nature finds expression through his connection with the Elks, the Omaha Athletic Club, the Happy Hollow Club and the Seymour Lake Country Club. Of the last named he was president for two years and for five years has been a member of its board of governors. No man in business in Omaha today has fought a harder uphill fight to success than Mr. Combs and he has won his victory in the face of obstacles and difficulties that would have utterly discouraged a man of less resolute and determined spirit. What he has accomplished represents the fit utilization of his innate powers and integrity, combined with a ready recognition of opportunity and a profound faith in Omaha and the west.

Well I didn't find it on 34th Street, but I'll bet Turner knew it pays to believe in Santa Claus. Couldn't be more proof positive if it had turned up in a pile of Reindeer droppings.
Top

Could it be that that the pattern (perhaps under a different name) was introduced in c.1900, but proved unpopular? The expensive dies put to one side, and in 1928 they reintroduced it, styling it as 'Countess' pattern, this time successfully?

i think that one should keep in mind good old competition. i can't recall how many patterns i've seen that are very nearly identical but made by different companies at different dates.

first of all you have the historical development of certain patterns which were shared and/or copied by the smithing community. classic cases: augsburger faden, old french, fiddle and thread, georg jensen's acorn and its near-knockoff royal danish, a generation later.

obviously, before the zealous application of copyright it was very common not only for one manufacturer (of virtually anything) to copy a newly popular item or design. so now we have endless flatware with minute changes in the diameter of the rose halfway up the stem, or the depth of the modelling, etc.

so dating a pattern may lead to all manner of quagmires.
Top

In the case of Smith, dating the patterns may be significant to an understanding of the company's transitional period wherein Arthur Stone exited from the scene. Dolan, who herself noted a period of some stillnes of production from the firm, estimated 1920 for this pattern. Apparently, from the dating we now have, it fits into the firm's earlier struggle to survive and anticipate changing tastes after the century turned. Trev's thought on the tooling being set aside for a long period may relate to what Dolan noted.
Top
Post Reply
8 posts • Page 1 of 1