by Traintime
Now that we know J.B. McFadden was trained as a watchmaker by the Reed family in Pittsburgh upon his arrival in 1823, I'm beggining to wonder if we should call this a retailer rather than maker. Items with Reed company stamps have been argued to be from styles of local makers and probably not of Reed origins. In addition, later McFadden & Co. marks are applied to more complex and detailed objects worked in coin silver (and at least one teapot shows a maker name stating "for" McFadden). Can we tell anything about the likelyhood of this from this sample spoon? A faint (not pronounced) tipping is visible on the reverse head of the handle. The bowl is very pointy. Does any of this suggest 1820's or 1830's, rather than later. Pittsburgh was badly damaged by a major fire in 1845 (some 1000 structures). [A possible image of McFadden was displayed for the Centennial in 1945 and listed among Ivory and miniatures portraits at that showing. The later disposition of the privately owned object is not clear at this point.] 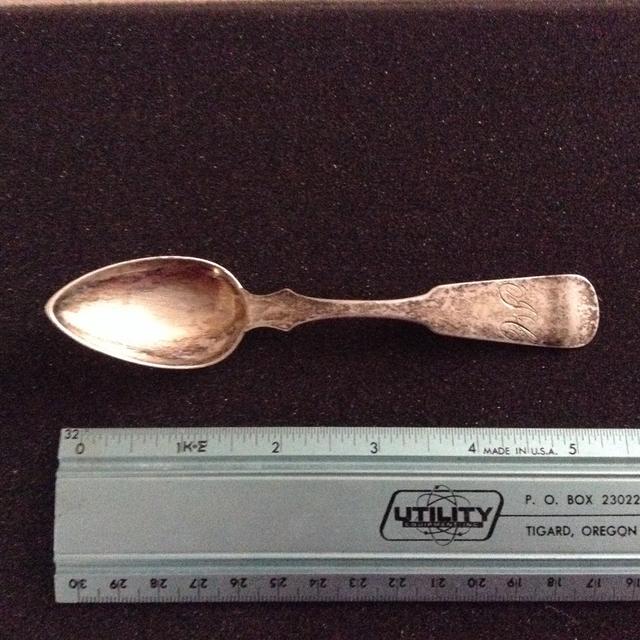 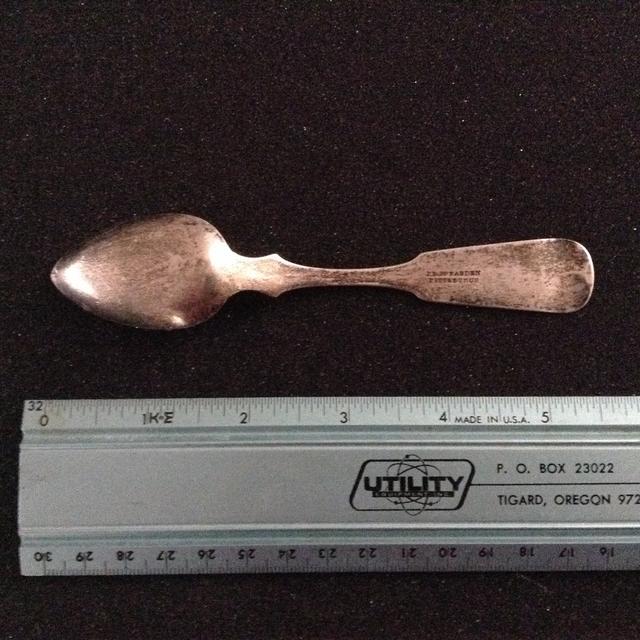 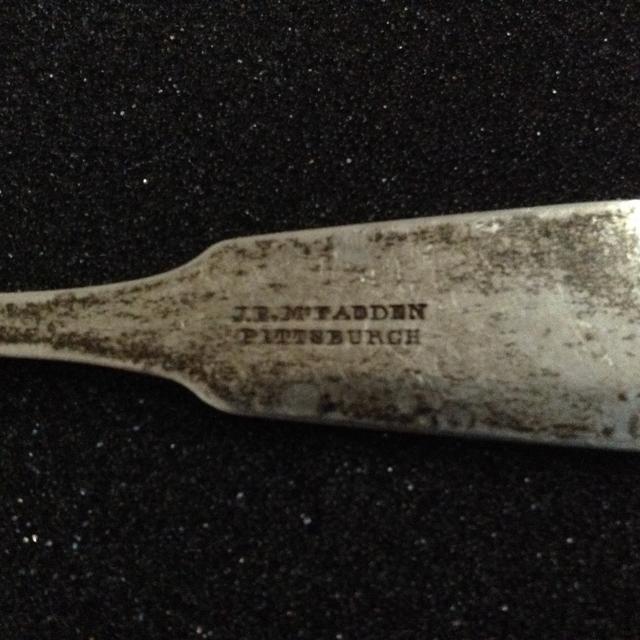 by WesternPA
Early silver made by McFadden or directly in his workshop is marked I.B.McFADDEN in a large scalloped punch. It is distinctive and resembles Washington County silver more than Allegheny County silver, though it could have been made partly in Pittsburgh. McFadden used at least seven or eight marks over his career, and most of the silver bearing marks other than the aforementioned scalloped mark were probably retailers' marks, some on pieces manufactured locally and later silver supplied from the East Coast and elsewhere.
All times are UTC-04:00
Page 1 of 1
Powered by phpBB® Forum Software © phpBB Limited
https://www.phpbb.com/