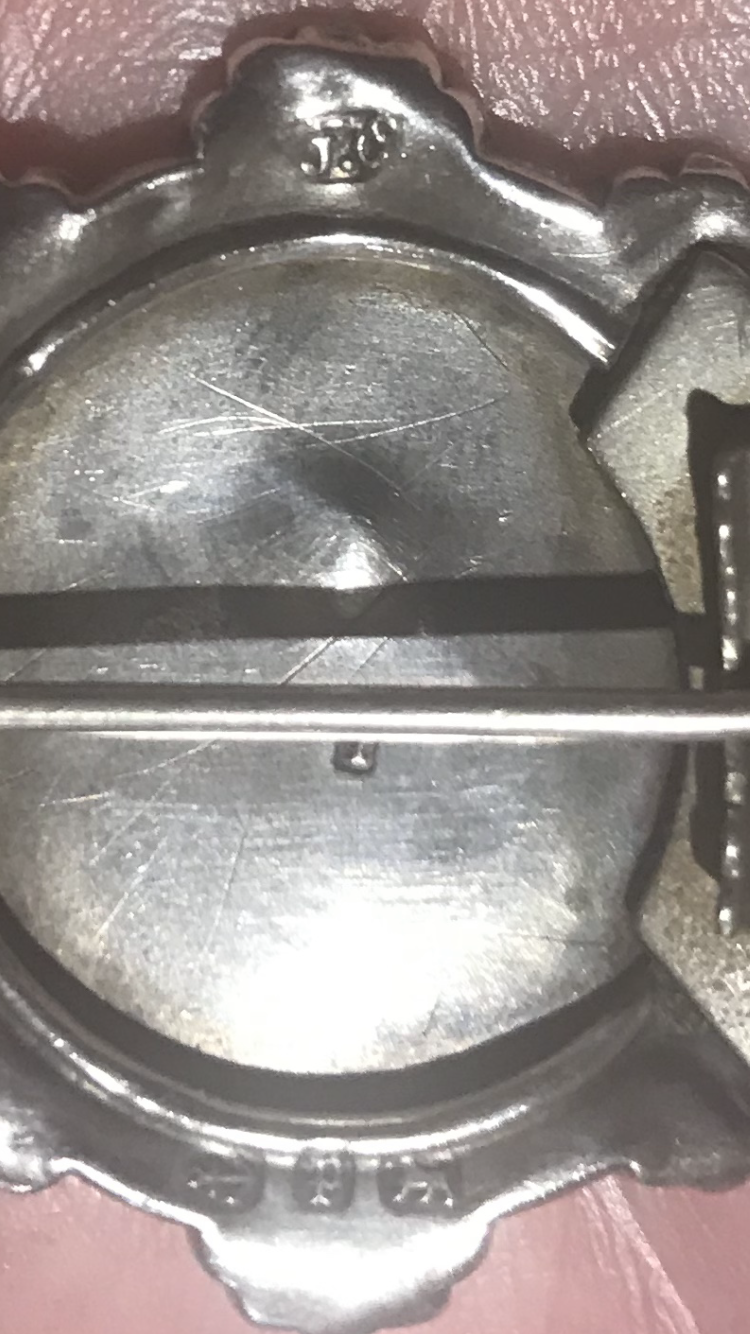 Hi and thank you for embedding your picture.

I believe that the sponsor's mark is most likely JC (although it could be JO). We don't have a published comprehensive reference for Birmingham sponsors' mark for this period so the following involves some speculation. We certainly know about several JCs who definitely had Birmingham marks and among them the one with the most closely matching mark is John Coleman who registered in 1888. However in an 1890 Birmingham Trades Directory he is described as a "silver key maker and blow pipe manufacturer" which doesn't sound like someone who would make brooches. Looking a little further afield there is another very similar mark registered in Chester in 1882 and again in 1901 by John Culver, described as a gold chain maker and later as a manufacturing jeweller of Spencer Street, Clerkenwell, London. We don't know for sure whether or not he also had a Birmingham mark but many Chester-registered marks had Birmingham equivalents. On balance of probabilities therefore, I think that John Culver is probably your man.

Thank you for your help, now I’ve looked around, John Culver seems to have made several items of jewellery (one is on eBay) so I’m sure you are correct.
On another website, it does show him as using a Birmingham mark.
Thanks again.
Top