Does anybody by chance recognise this mark ? Hello Prospero, welcome to the forum and thank you for the crisp image of the manufacturers marks. I am describing them as "manufacturers marks" and not "hallmarks" as this is a more correct description when we can not see some form of a silver standard guarantee mark.
I do have an interest in your photo though, as currently in my kitchen cutlery draw I have a spoon with the same set of marks. 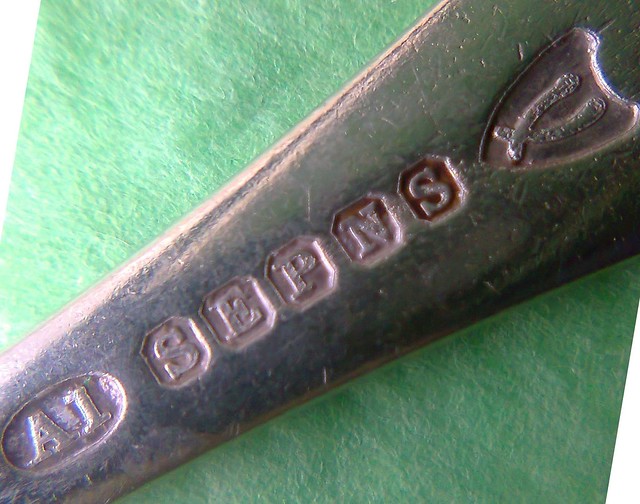 We do not have a lot to go on to help with identification. We have "A1", the manufacturers idea of the standard of his electroplating, EPNS to indicate manufacture using ElectroPlating Nickel Silver, another "S" maybe for being made in Sheffield and a pictorial mark. I liken the mark to a "wishbone" and previous research you may have done, could have found on the that the very useful web site "silvercollection.it", the reference to "WISHBONE (figural) into a heart" as "unidentified".
The "wishbone" on our cutlery could be an "economic device" to mimic the marks of other well known cutlery manufacturers. Edwin Blyde & Co of Sheffield had a "spur" trademark and several companies used a bird with opened wings as their mark. I believe the mark below with a so winged bird is that of the Potosi Silver Manufacturing Co., a Birmingham Electroplating concern of the silversmiths "Levi&Salaman". 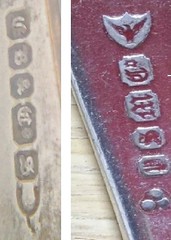 I have an extra image to throw into the mix for any other members of the forum that have some ideas to identify "our" mark. 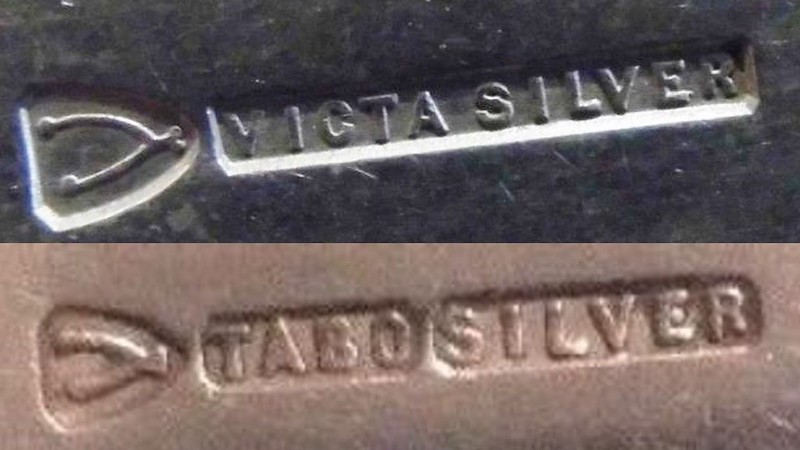 Here we have 2 different silver trade names associated with a wishbone mark. We see "Tabo Silver" and "Victa Silver". Do we have one large electroplating company using a wishbone as a trade mark or could several small concerns have been mimicking other company's marks?

Only as a vague possibility because of the name, and a route for further research, see George Wish of Sheffield at:

In fact I have contacted Giorgio from silvercollection.it and he suggested Edwin Blyde & Co. as a possibility but in fact our mark somehow differs. It is the only lead I got so far.
Top
Post Reply
4 posts • Page 1 of 1