I appreciate your expert knowledge, but I have next mystery for me. It is a decorated plate with these marks. I doubt it is silver.

Do you have any ideas? Thank you and best wishes, meyrink 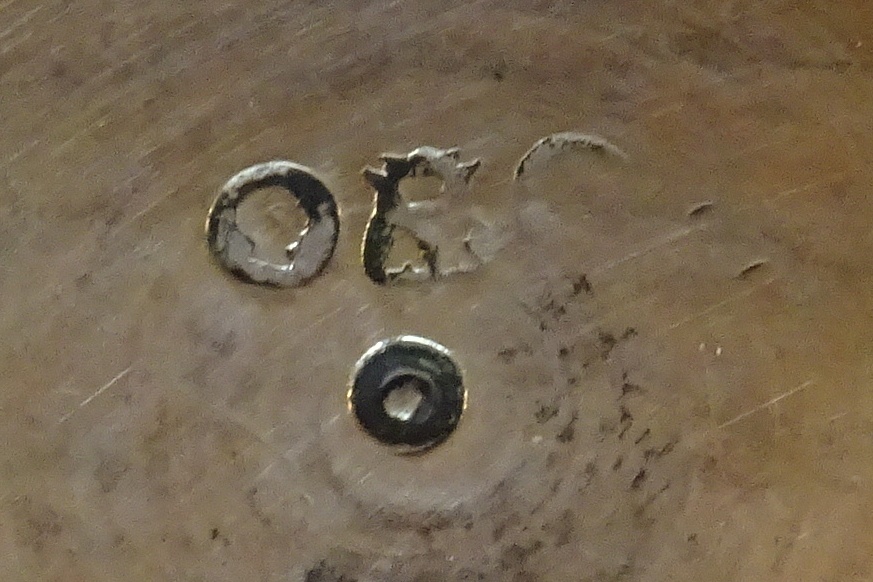 Hello, a pic of the piece would be nice. Looks like the marks used by Alex Katsch from St. Petersburg and Berlin on plated items. Regards, Bahner
Top

Thank you. Here it is. But strange thing for me is, that the face is turned right... 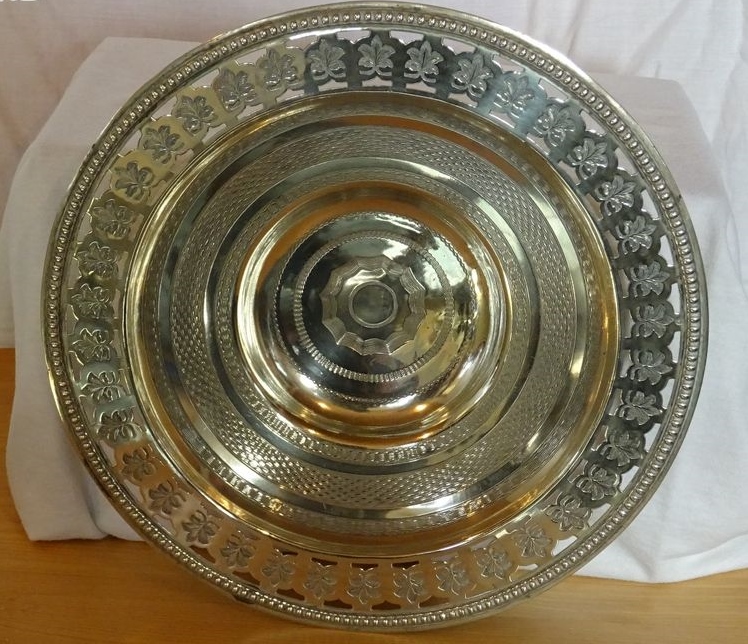 Hi,
Right,it was made by the firm of Alexander Kach.Full name Karl-Wilhelm- Alexander, a subject of Prussia, was born in 1813. An entrepreneur, he founded his business in St. Petersburg, his enterprise for the production of nickel silver products.In 1861 he was a merchant of the 2nd guild.In 1865, the factory "employed 50 people, an annual turnover of up to 40 thousand rubles in silver".Alexander Kach died in 1873, was buried in the St. Matthew's cemetery in the Großgörchenstraße in Berlin,Schöneberg.
In 1874, the company was headed by his heiress, Kach Augusta, born in 1837, Prussian subject, Lutheran,affectionately called Augustine by the family.
"Our dear Augustine" owned workshops and a nickel silverware shop in the building of the European Hotel.

The firm had the title of "Supplier of the Court of His Imperial Majesty" .
The outbreak of World War I caused an explosion of patriotic feelings, and anti-German sentiments were extremely aggravated. "Down with the Germans from Russian enterprises!", "Down with German goods!" Signs with German surnames were torn down, shop windows shattered and shops were set on fire ...
The campaign on the so-called “German dominance” turned out to be very tragic in its consequences. The 1913 reference book contains the last mention of the company “Alexander Kach”.

PS
I think the name is Katsch because if Kach it would sound completely different in German.
(TSCH is pronounced as ch in church).
Top

Thank you one more time :)
Top