Anyone have background information on the Jeweler's Crown Guild aka United States Jewelers Guild active 1880's - 1925. Was this Guild a legal entity in Illinois or a "good-old-boy" marketing orgainization that facilitated output of the Rockford Silver Plate Co., Rockford Illinois to a few select jewelery stores ?
Top

Can't help you much. Can only offer a few bits of information and a couple of opinions. Do not know if they were a legal entity.

In my first attached scan I have one of Rockford Silver Plate's ads from 1904. They make it clear they don't sell to department stores. Back then department stores were new and small retailers viewed them in much the same way retailers of today view Walmart. Maybe the Crown Guild was just a trademark of theirs. It's in keeping with their marketing strategy of only selling to small concerns.

The second scan is an ad from 1902 that shows the Rockford Silver Plate Company had branch offices in New York and San Francisco. This disputes what you may have read about them selling only to the Mid-west states.

One last piece of information that might help you on your research. Michael Freeman was the superintendent of the Racine Silver Plate Company when the plant burned on May 5, 1882. He went to Rockford and continued as superintendent. Before he became superintendent in Racine Wisconson he lived in Aurora Illinois for a few years.

Thank you so much. Your reply was magnificent. I believe the legal entity aspect would come from the State of Illinois archives.( No reply yet to my eMail inquiry to Illinois State Historical Society). The Trademark aspect would show up in US Government Trademark/Patent/Copyright Office. Just have to figure out how/where to get into US Government on-line records. Interesting Aurora showed up in your reply. Another person thought there was a connection between Rockford and Aurora Silver Company.
Top

Almost 13 years later. While Rainwater did mention a "United States Jewelers' Guild" in the Sheets-Rockford Silver Plate Co. entry for marks, way back in the Alphabetical Listing of Trade Names it was shown as "United Jewelers' Crown Guild" (sans States!). So what is it? Here is a sample of Rockford One pattern on tablespoon, giving the Patent date of March 25 1884 and displaying a guild mark, presumably an early version. It contains a "U" and possibly a "J", but no "S" is found...so States seems to be excluded, at least in the early days (?): 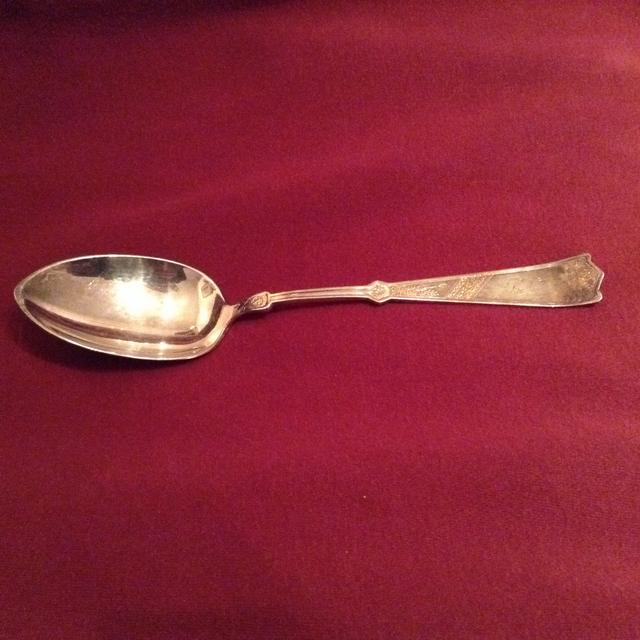 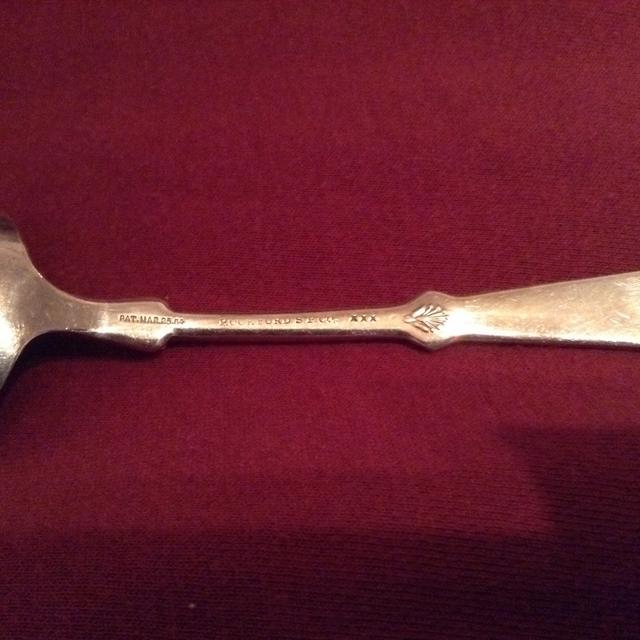 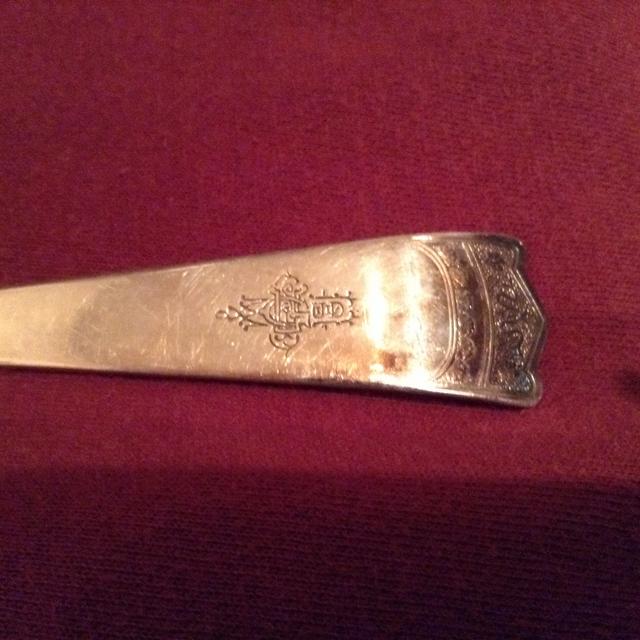 "Jewelers' Crown Guild" was incorporated 27 December 1892 having capitol of $3000 and engaged in manufacturing and marketing: https://books.google.com/books?id=cpNDA ... ld&f=false

George B. Kelley of Rockford Illinois is shown to be the assignor to Jewelers' Crown Guild on some U.S. patent filings of the 1890's.
Top

A link for Rockford/Crown Guild research purposes only, not directly linked to the associated commercial site (a nested link). One will find the Rockford One pattern is tied to George B. Kelley (shown, but not named here):

While there is no conclusion to the reason for the Jewelers' Crown Guild, it is obviously a product of Rockford Silver Plate's management and seems likely to be what today would be labled as Creative Finance. That is to say, a tool of incorporation designed to insulate one end of a chain (the factory) from the other end (the retailers) via a middleman operation. This could prevent accounts receivable from becoming a problem on the books, while also presenting a way to milk profits so they can never be assessed should the plant itself falter from financial strain. It would be interesting to know if the common stockholders were at all aware of what was going on with the insiders running the whole shebang.
Top
Post Reply
6 posts • Page 1 of 1