From The National Corporation Reporter Volume 3 1892--Page 390 Column 2 under COLORADO....."The A. B. F. Manufacturing Co., Denver: $25,000. Jewelry and Silversmith business; Jan.16." Sounds to good to be true..Is "COLORADO SILVER" a word mark for a real silver-based metal, or just another misleading term? 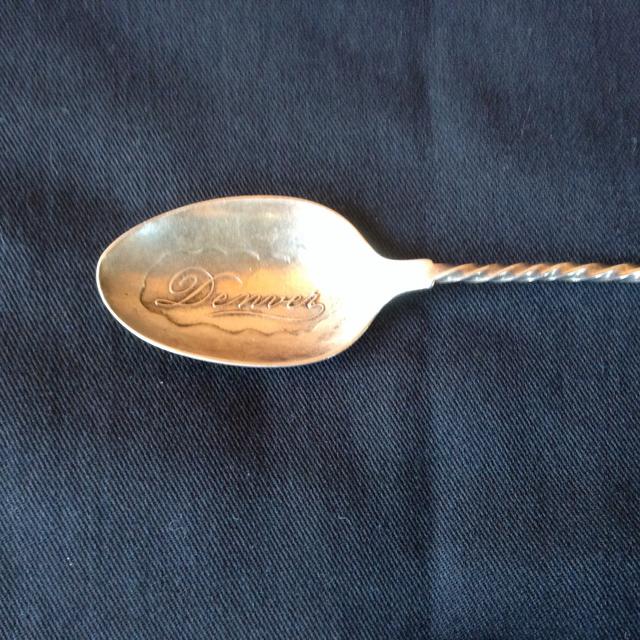 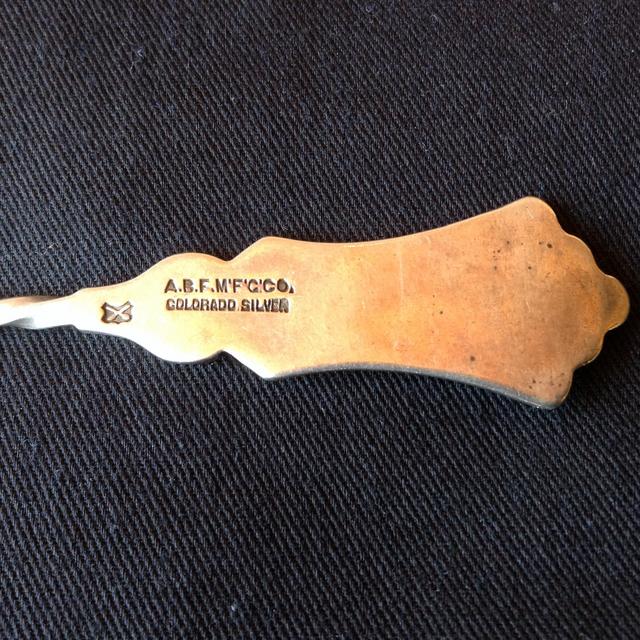 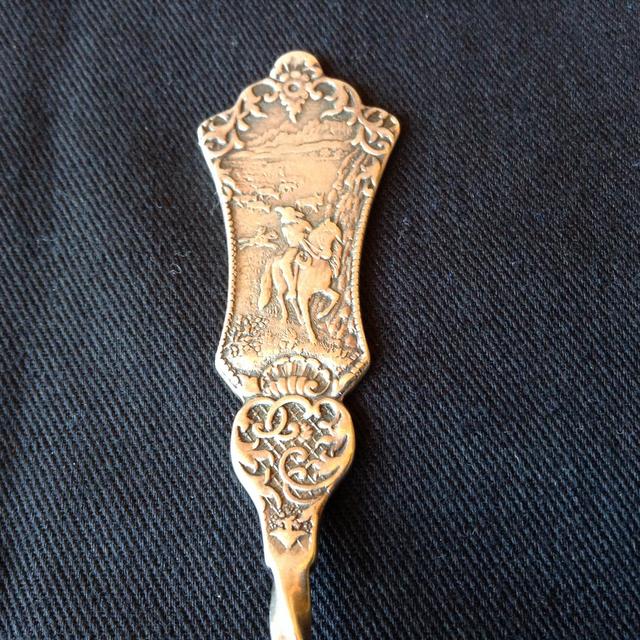 A check of listed souvenir spoons finds a like form as this with a Leadville Holy Cross theme. The shield mark and word mark are present, but the A.B.F. name was left out. Given such a situation, it seems possible that other flatwares marked Colorado Silver could have come from A.B.F., whomever they were. I've gotten nowhere trying to find the actual operators or backers, and have no idea what this abbreviation is hiding from us.
Top

In looking at silver railroad passes on the Coloradoartifactual site (see Otto Mears passes), they apparently included a card promoting that the pass was made from Colorado silver by native workmen. The passes themselves seem to be marked with a (native) maker in Santa Fe but have no quality indicators. They are reportedly made from a single ounce. It would seem then that the term Colorado Silver was in common usage refering to the source of ores but without specification of the guarantee standard. During the 1880's, Colorado was booming as a result of silver mining. The failure to get a national monetary silver standard, along with the financial reversals of 1892-3, apparently hit Colorado hard. Perhaps a surplus of ore and faultering market prices may have led to this attempt to push "Colorado Silver" as some kind of home grown product, sort of like the "Made in California" pottery movement of the 1950's. In short, nothing so far suggests that Colorado Silver is anything other than a true silver alloy...presumably falling within general coin standards at a minimum. Unlike D&A's Nevada Silver, this does not pop up on any list of proven false-precious substitute metals. [A.B.F. may have also produced items marked Sterling where that standard was met.]
Top

I wouldn't get your hopes up. "Colorado Silver" is almost certainly another deceptive name for nickel silver such as Potosi Silver, Nevada Silver, Brazil Silver, Yukon Silver, Mexican Silver, Venetian Silver etc. (often places that are famous for silver mines). If it were any kind of pure silver (by that I mean solid not plated) it would have been marked especially around the time this spoon would have been made. People knew what Sterling and Coin meant and it would have been good business to mark them as such if they were. You would only use an unknown, made up term if your intention was to deceive.
Top

An absolutely minor investment, so no hopes to get up. What's important is that the spoon firmly establishes the three elements of marks associated with this company. If it can help to identify pieces with only one or two of the marks, it has served its' purpose. But it also allows for more investigation into this alleged Jeweler/Silversmith. We have a starting date and city, but no address nor final date. Nor do we know the full extent of what they created...? The features in the shield appear to be downward crossing spoons, possibly indicating their intent to make spoons. We don't know yet if the "Colorado Silver Solid" forks were produced by them, and marked knives have not come up yet (something we might expect if this were a product like Nevada Silver etc.). As to the term Coin, by 1892 this would not be very useful to describe silver refined from new ores...coins were not being melted and the word had no legal meaning as a standard. They may have been crafting a purely localized term for something made new in less than Sterling grade. Colorado was the "Switzerland of America" in this era, and tourists were a good target for local wares.
Top

A number of Denver firms offered 'Colorado Silver' souvenir spoons - it's nickel silver, no real silver content. I have some info in my files, can post it later...

Thanks Cheryl. That would be great to have a place on the net where this is factually cleared up. Just saw another one (Indian theme) listed and stated as Sterling Silver content. Buyer beware until you can confirm it here.
Top
Post Reply
7 posts • Page 1 of 1