I have a butter knife with a MOP handle and the bolster is marked "England". The blade has a star along with what looks like a gothic R&B marking. Seems like it should be an easy one to ID but I am having a bit of trouble. 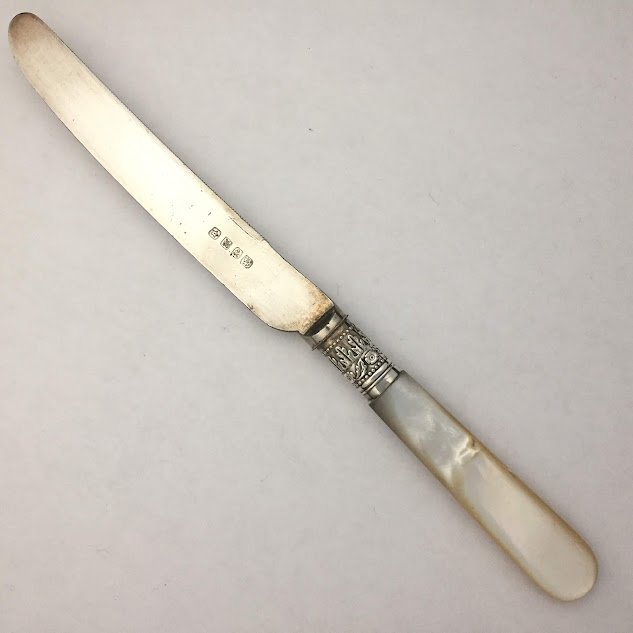 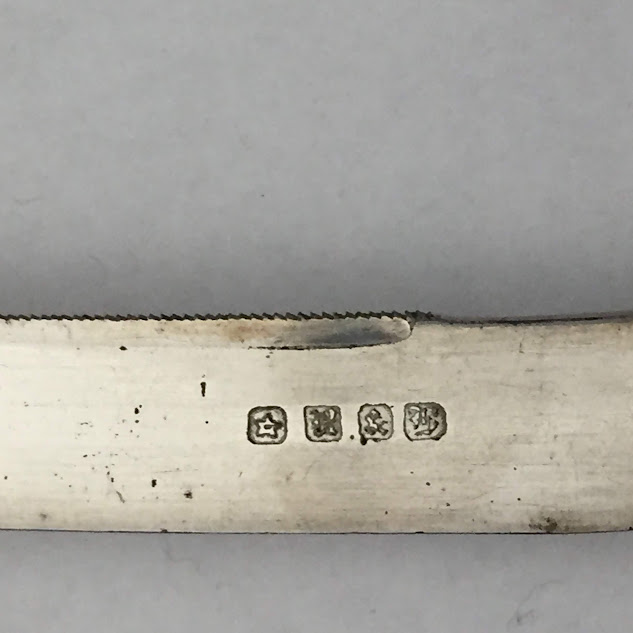 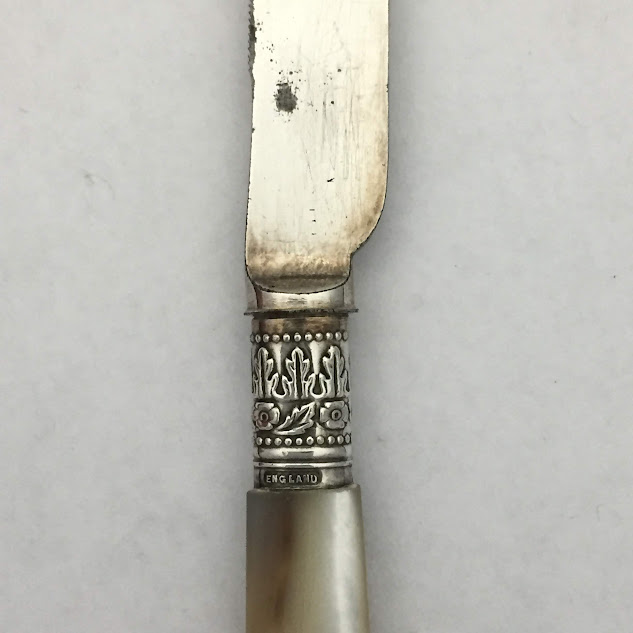 I'm a bit stumped about this one, and I wonder if this knife is a marriage? The blade, I would have thought, would have been by Roberts & Briggs of Sheffield, and thus around 1860, but the stamping of the word 'England' on the bolster is more in line with the requirements of the McKinley Tariff Act, 1890 where the country of origin had to marked on items being imported to the United States.

It will be interesting to see the thoughts of other members.

Thank you Mhmorningstar to show this both interesting looking knife and annoying set of gothic style maker’s marks. Is this a butter knife? Do the serrations go all the way along the edge of the blade and was this type of knife typical of any particular time period?
Trev suggests a “marriage” of an earlier blade and later handle with the probable blade maker of Roberts and Briggs. We do know however that in 1863 that firm morphed into Roberts and Belk and how convenient for them to have the same initials to start the surnames. I have an image below.

We know this is Roberts and Belk because of less gothic lettering to confuse and the immediately recognised “oil lamp” trademark. Now, did they start using that oil lamp mark in 1864 and did they put the mark on every item they made? I am offering this thought as 1 other possibility about your knife but I have another more twisted idea. Is your close up of the marks the correct way up? Are the serrations on the top or bottom edge of the blade. I still can not read the writing but now the “star” figural mark looks more like the “cats” face in a London silver hallmark and we do know that pseudo hallmarks were often used by electroplate manufacturers.
Fishless
Top

When you look at the blades on old American knives the marks seen do not always match up exactly to the expectations of documented marks taken from handles or holloware bases. I would not be surprised if this blade was from Rogers & Brothers and given an unusual mark for one of these reasons...a blade made for sale to other firms, a blade made for use on special production items at R. & Bros., or a blade made for use by another member plant of the International Silver organization. These imported ferrules/collets are not particulary uncommon here, though we do se a lot of things that came down through Canada on their long journey. So a mark like this might have even been used solely to sell to the Canadian market where British-looking marks might be demanded. [The ferrules clearly marked "Sterling" are becoming rapidly less plentiful along with any used reference books no matter how outdated...hoarding in action.]
Top
Post Reply
4 posts • Page 1 of 1