Does not appear to be a tourist collectible. More like a commercial grade restaurant ware. The topmark of Zugspitze over Edelweiss above Garmisch reads like the design for the modern Edelweiss Resort of the Armed Forces Recreation Centers. Unfortunately, with a swastika in the center it would have been the same design used on pins during the 1936 Winter Olympics under the administration of Benny Hill's alter ego...that moustached Austrian fellow. So, apparently a long used logo. There seems to be differing opinions on the dating of the WMF marks here...anyone know for certain? What might the <18> mark mean? Pattern name? Ski bums...could it have been used on the hill (I seem to recall a dining area there)?

I'm getting an un-referenced pattern #2200 described as scroll edge and pre-1940. A matching set of six in California shows the 18 mark should be in a diamond, and the W-uber-MF is also enclosed in bars lacking the arch above. There is a dubious claim of this being "Garmisch Ski Resort". BTW, this is brass based...generally eliminating most wartime production possibility.
Top

Hello, pattern 2200, no name to the design that I am aware of, designed in the 1920s by Albert and Kurt Mayer, father and son and longtime chief designers for the company. Believe that this kind of patent marking was introduced around 1923/24 and used until after 1945. Looks to me like a run of the mill souvenir spoon for the village, not linked to a specific event oder institution. As to the 18:

Ok, 18 grams per dozen. The rendering is actually the Alpspitze, which should eliminate any dining areas on the Zugspitze. While it is normally associated with Garmisch specifically, it would seem odd to leave out Partenkirchen after 1935 although the main ski area is referred to now as "Garmisch Classic". Tourist collectible is possible, but someone having a set of six makes me doubt this. On the other hand, I do have fine dining china pieces (household type, not shelf trinket stuff) emblazoned with the city crest over the decoration..so maybe, complimentary silverplate sets could have been available for purchase in stores.
The Armed Forces Recreation Center did have green stripe china on white with the full name spelled out rather than a symbolic logo, and I would expect the hotels they managed used markings for their actual names. If this was the source, guess we'll just have to wait until a theif confesses to their casual crime. (Navy personnel seem to walk off with everything that isn't welded down!) Thanks, Bahner.
Top 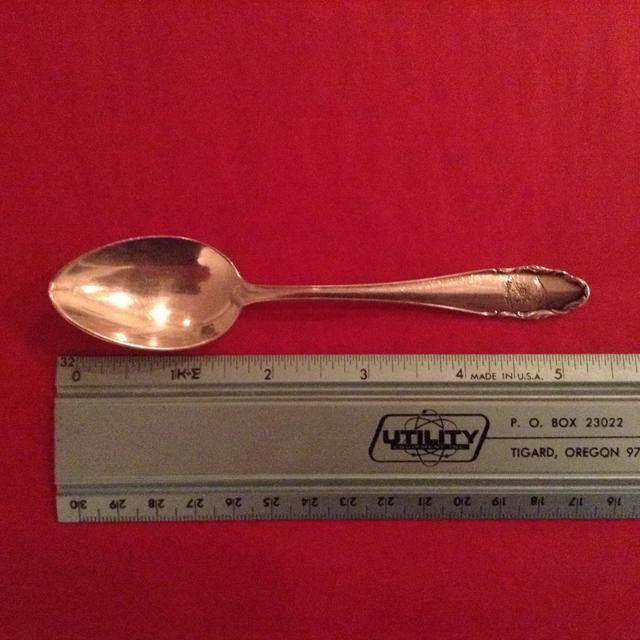 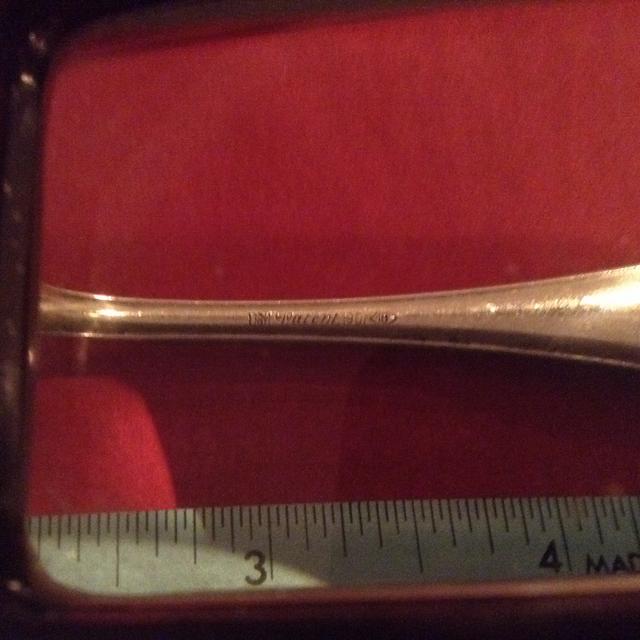 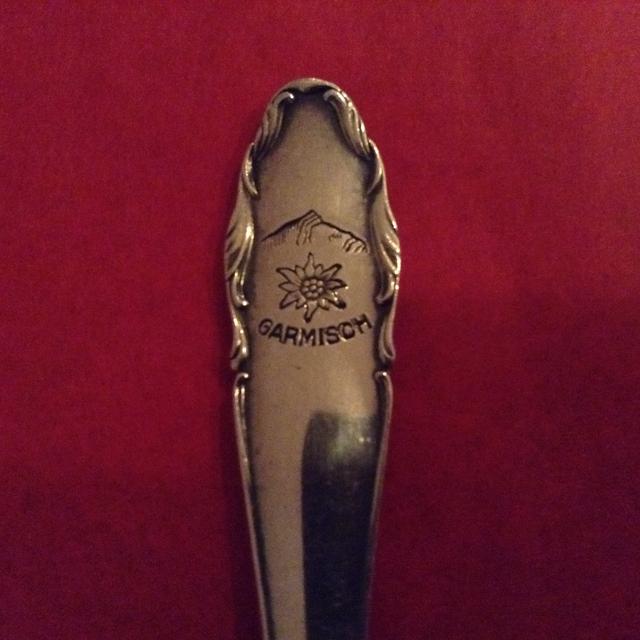 As mentioned earlier, WMF Modell No. 2200 was designed in 1930 by Kurt and Albert Mayer. It was in production from 1931 into the 1980s as one of WMF's most popular patterns. The base metal was Alpaka.
Top 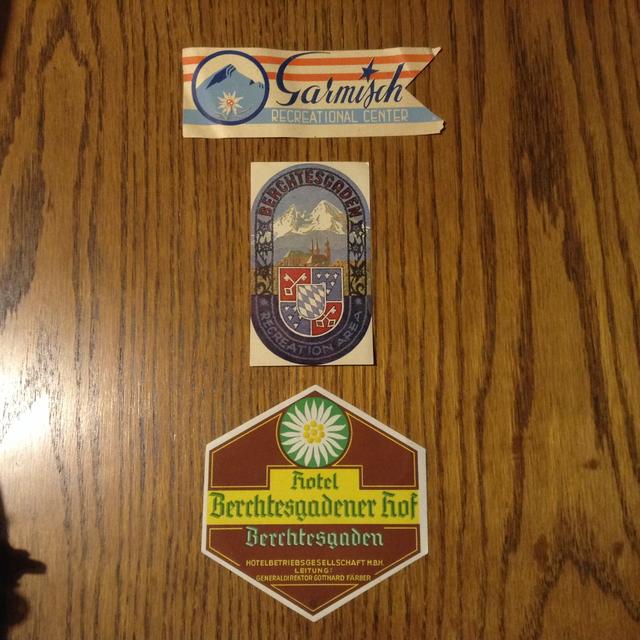 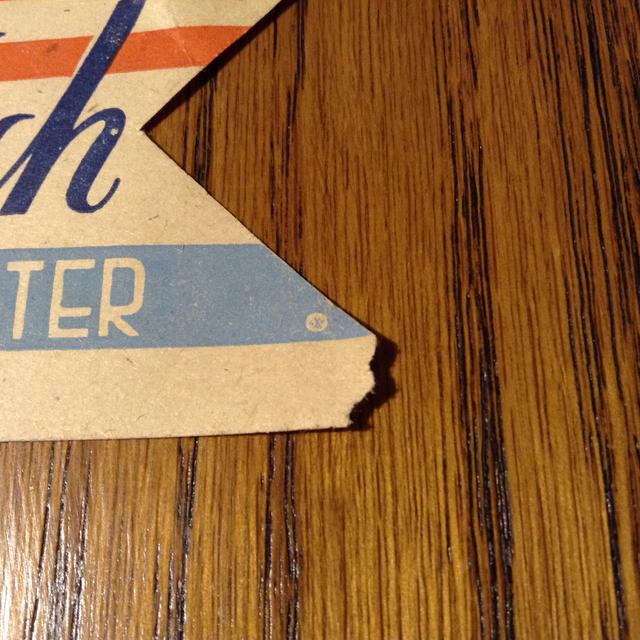 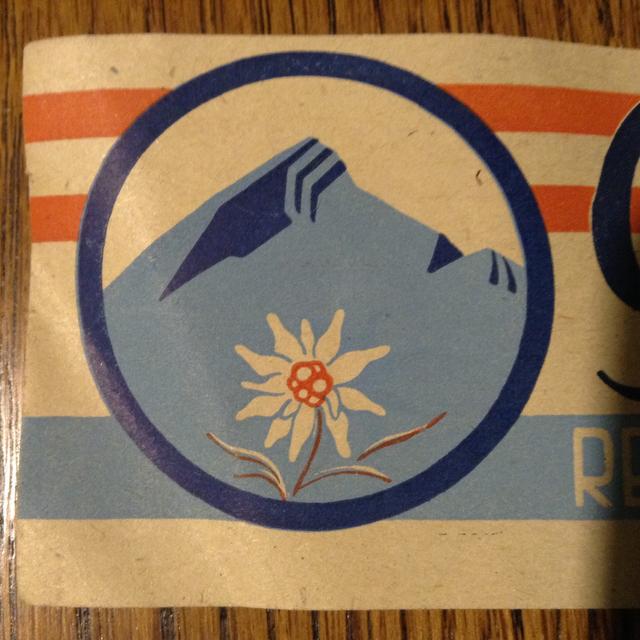