I received this a few years ago as a gift from my mother. There is no provenance attached to it. Given it has a lobster claw, spring loaded clasp (and that it appears to be original to the piece) I doubt it could be anymore than 40 years old.

In searching the website and forums I couldn't ascertain anything all that useful. I have seen in conducting those searches examples of Scottish and Swedish marks where letters are contained within the lobes of a trefoil. However there is also wheel like mark. Perhaps a cartwheel? Which would make me think it could be American.

The BB mark confuses me as I am unsure about the score between the letters. An alternative to a period? The letters, I, L, or the number 1? the high placement between the B's makes it seem more likely to be a character than initialing punctuation. Given the 3rd letter in the Trefoil i think it's most likely an L (though it's very faded and I may just be making characters out of shadows).

To be clear I would like to know where and thereabouts of when it was made if at all possible. Any help would be greatly appreciated. Thank you for your time and attention. 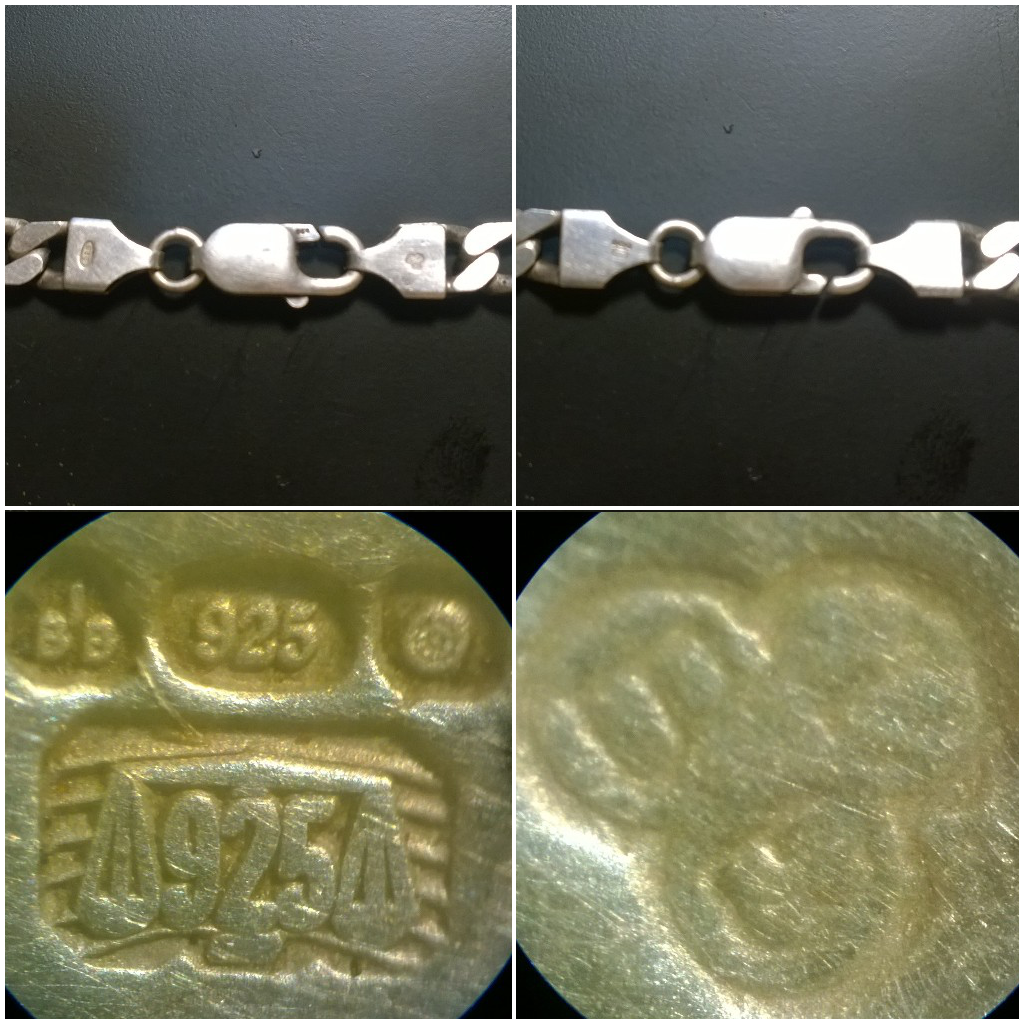 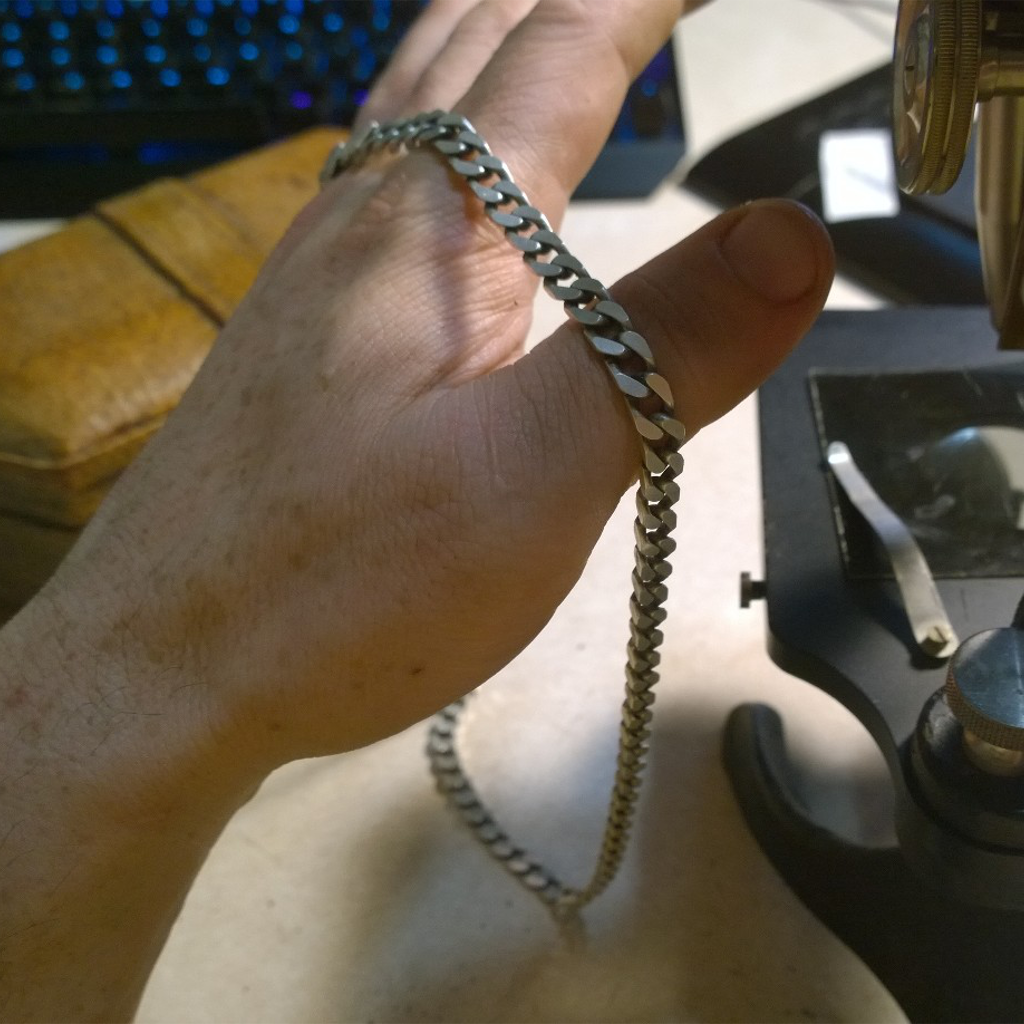 Note: These are 1024x1024 .png images with the alpha channel removed (the minimum resolution I can have them scaled and cropped to without loosing detail). If they are too large my apologies. But preemptively in my defense "no larger than 7 inches or 18cm. in width." as given by the "Requirements *** READ BEFORE POSTING *** Important" topic is not a unit of measurement anyone can actually go by as images will appear at different scales depending on the individual user's display. A max resolution or Kb/Mb file size limit would be more workable/comprehensible. Aside from that as a possible exception I do feel I've conformed to the posting rules to the best of my understanding and ability.

Hi,
The mark with the scale is international convention mark, used since 1972.
See here (The Goldsmiths` Company).
https://www.assayofficelondon.co.uk/hal ... egal-marks

The mark on the right looks like Sheffield rose.
Cannot identify sponsor`s mark on the left.20th century British makers (sponsors) are still not well documented.
I over B B like yours was recorded in both London and Sheffield at the time (late 20th century).

Just to add the sponsors mark is that of International Bullion & Metal Brokers. There really are an international company and your chain could have been sourced from anywhere around the globe, however, the largest, by far I believe, producers of chain in the world are the Italians.

I am impressed at the speed of the responses (thank you). In regards to the possibility of the wheel being a Sheffield rose. The image detail is unfortunately more poor than I'd like. I had to put my cell phone camera (Zeiss pure view 41 mega pixel) to one of the eye pieces of my Zeiss 1896 Greenough-type Stereo Microscope at 65x magnification in order to get those pictures. To the eye (under the microscope) it appears to be a solid ring with a ring of dots contained fully in it and a larger central dot. Not really anything like a Sheffield rose. But the mark is incredibly small. About the diameter of a grain of salt. So perhaps it is an extremely simplified Sheffield rose. As it may be that at such scale it was all the detail that could be included?
Top
Post Reply
4 posts • Page 1 of 1