Hello, it seems I have to ask question on a section of the Forum I have not tried before. A few weekends ago I was picking around on one of the bric a brac stalls at my local market and I came across the mini “goblet” pictured below. I turned it over to look at its base fully expecting to read “EPNS”, but that I did not see. 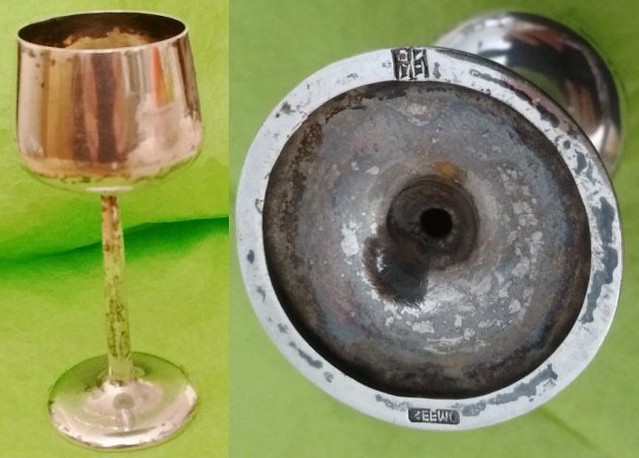 There are references here and elsewhere on line saying the mark “Zeewo” indicates the late 19th/ early 20th Shanghai silversmiths of a similar name. There are references also calling the company “Zee Wo” though, so is that the more correct name? The mark “ZW” is also attributed to them and “we” use “Zee Wo” in our “Chinese Export” reference list. 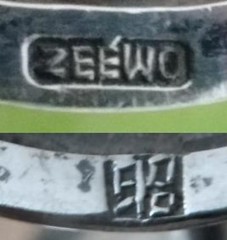 I have brought my images to this section, hopefully, for knowledge of the Chinese character that is present. It seems different from other marks I noted in some images that I have seen, and wondered if it could be the grade of silver or even the indicator of silver plate? I know I only have a small goblet of about 10cms in height but it would be nice if it has been made in solid silver. Did these “Chinese Export” silversmiths have much standardisation in the silver content they used for items? Or did they tend to use a silver grade that worked best for the type of item they were making?