I am stumped by this hallmark, even though it is very distinctive. I suspect that the plate itself did not come from the Middle East, even though the engraving appears to show scenes from that region (Such as an image of a mosque, a naval (?) base among mountains, a government building (?), and an unidentified building). The hallmark just does not look especially Middle Eastern to me, although that is not my area of expertise so I could be incorrect in that assumption.

If anybody is able to identify the region/buildings/crest featured on this plate, that would be much appreciated as well. Thank you to anybody who may have some knowledge on this. 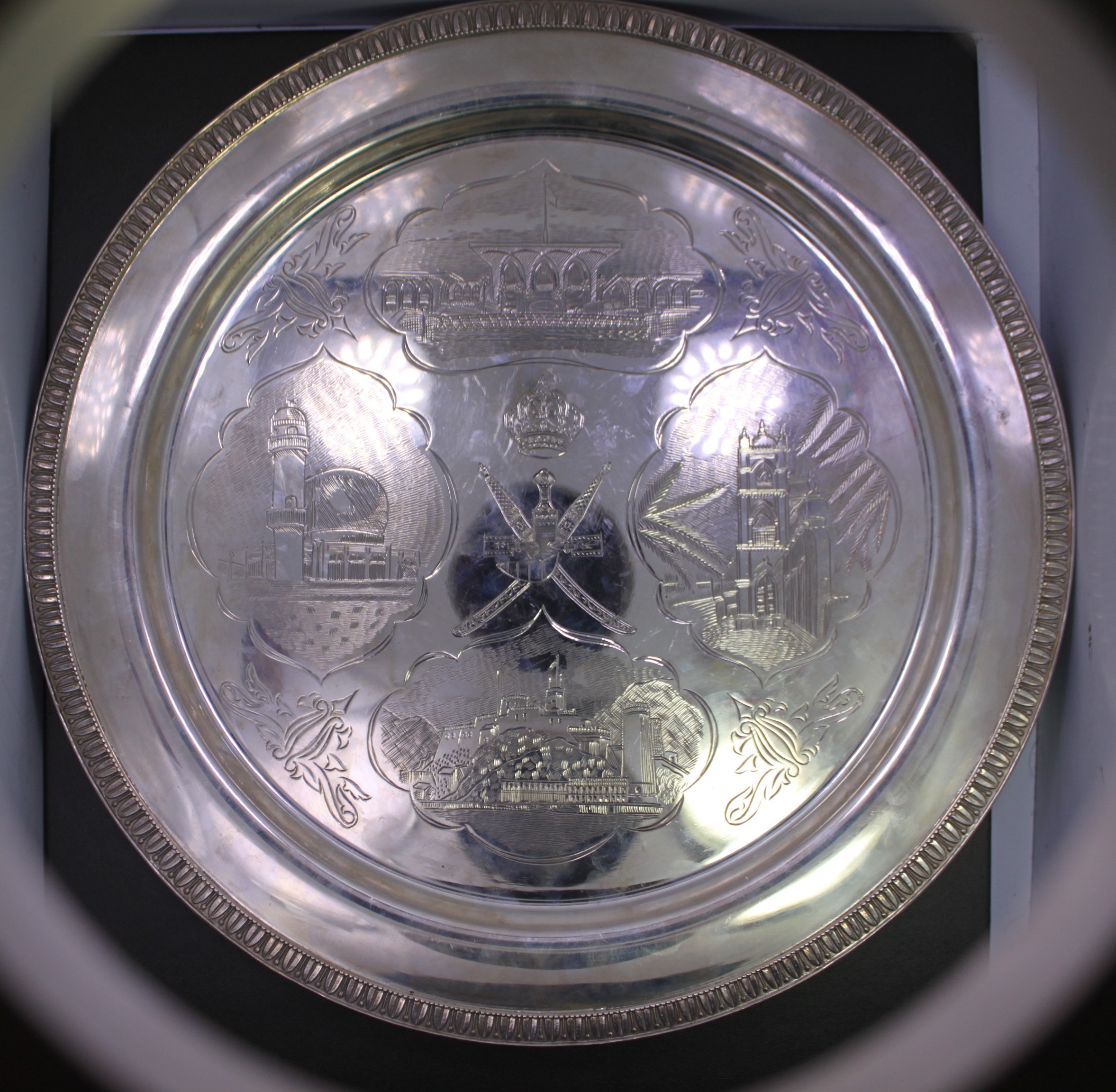 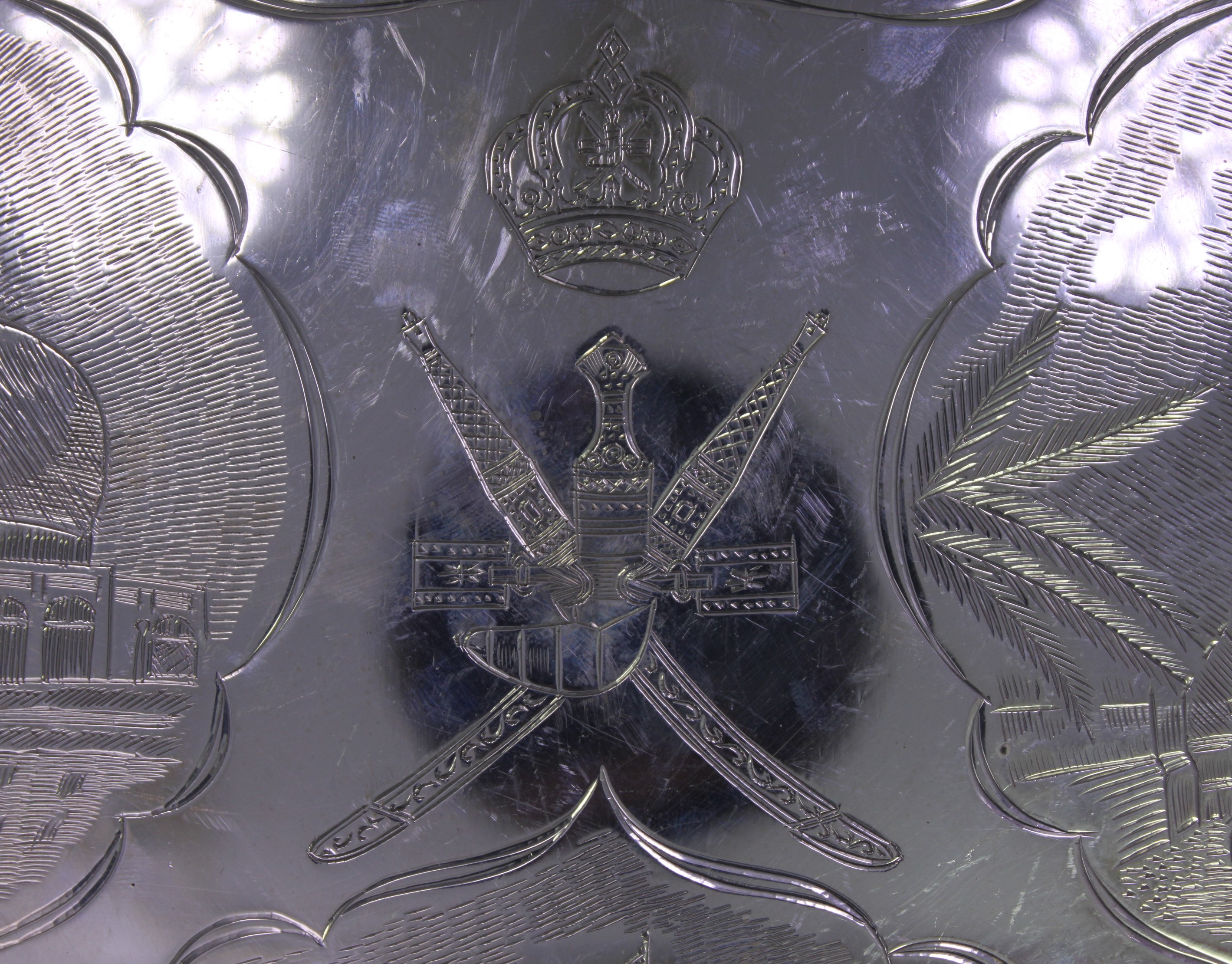 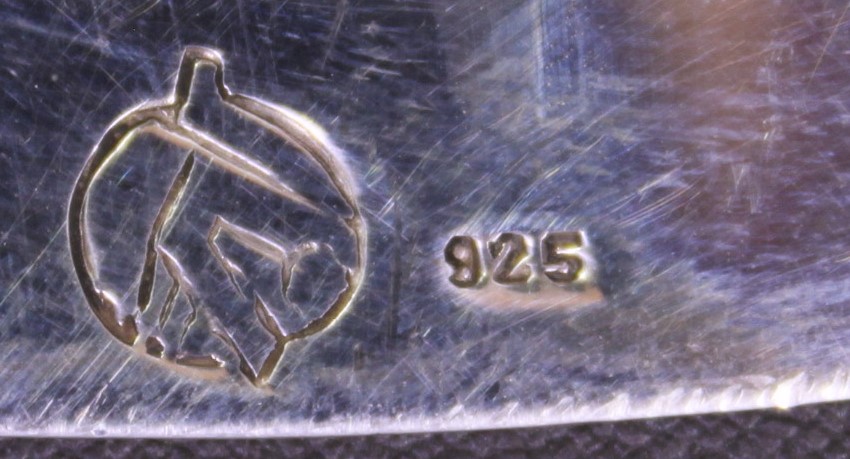 (I'm new to this forum, so if I did something wrong and those images do not automatically load into this post, here is the raw Imgur link: https://imgur.com/a/JduxIQm)

The shield is the national symbol of Oman

However, I don't know where it was made.

The mark remains a mystery

However, definitely a piece with a strong Omani connection

Wow, thank you for taking the time to share all this information with me. Yes, all those locations do seem very plausible based on what I'm seeing on Google Images. I spent some time browsing more images of famous Omani buildings trying to identify the place on the right, but I have not had much luck as there are not many images of Omani buildings on the Internet. The artist's rendering of that structure could also not be entirely accurate anyways (I noticed that some artistic liberties were taken on engravings of the other locations)-- or the structure itself could no longer be standing, for all we know.

At any rate, your insight has been very valuable for identifying where this plate ended up for engraving, which is a significant part of its story in its own right.

Unfortunately the name of the building is not mentioned but the coordinates point to the Al Alam Palace so it might be part of it.
Top

The link in the previous post didn't work let's try with a direct link to the photo: